A MESSAGE FROM JOHN PILGER ABOUT HIS LATEST FILM 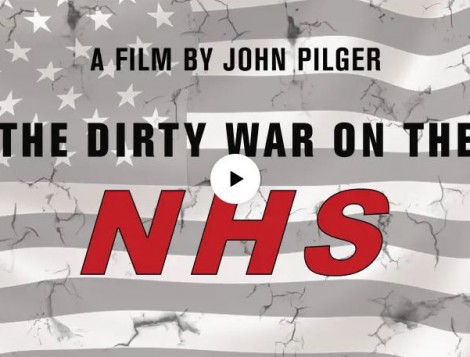 My last film, The Coming War on China, was only completed because of the generosity and solidarity of the hundreds of people whose names appear in the end-credits. For me, watching those names roll is one of the proudest moments of the film.

Initially, I was reluctant to crowd-fund and said so in the preamble on the crowd-funding site; I believed most people needed the money in their pockets and it was up to me and my colleagues at Dartmouth Films to convince likely institutions or rich donors with a conscience (yes, they exist) to impart their loose change.

But when one of the major funders of the film suddenly pulled out, it looked like the film and its editing would grind to a halt.

The crowd-funders came to our rescue: people who gave a fiver or what they could afford (and often couldn’t afford). What struck me was the entirely gracious way people offered to help. They weren’t giving charity, they said; they were delighted, even honoured, to be partners in the making and success of a film they considered important.

Today, I am again making an appeal for support – this time for a film whose urgency touches all our lives, literally.

It’s about the NHS, the last bastion of a truly people’s institution without which so many of us would stumble and fall and perhaps not survive.

The film is certainly a tribute to the NHS; but, above all, it’s a warning.

Under our noses, often secretly and deceptively, our National Health Service is being undermined and sold off: piece by precious piece to the likes of Richard Branson and the giant American health insurance companies that are at the root of the misery that is American healthcare.

The privatisation of the NHS has been mostly insidious – by “stealth”, as one of Mrs Thatcher’s cohorts once advised. But since 2010, the “reforms” have speeded up. It’s got to the point that if we don’t act now, we’ll wake up one day to an unrecognisable health service that is no longer ours.

As with my previous films, this film will be in cinemas and on network TV, bringing a vital public message, and warning, to a mass audience.

With this urgency in mind, please support this work – again, with whatever you can afford. Your name will appear with special honour as the credits roll… https://igg.me/at/Pilgerhealthdoc

The Dirty War on the NHS trailer

THE JUDICIAL KIDNAPPING OF JULIAN ASSANGE

THE STALINIST TRIAL OF JULIAN ASSANGE. WHOSE SIDE ARE YOU ON?