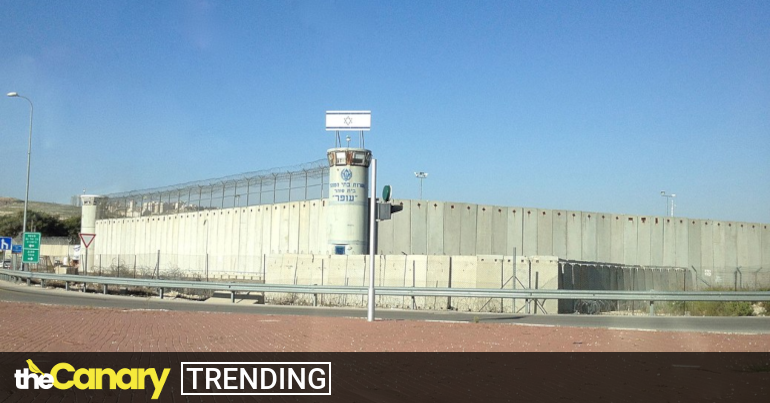 Adal Musa has been on hunger strike for 33 days, since the Israeli state imprisoned him without trial. On 12 September, his supporters declared victory.

It was confirmed that Adal will be released from detention later in 2022. Samidoun Palestinian Prisoner Solidarity Network tweeted:

After 37 days of hunger strike, Adal Musa secures his freedom in victory https://t.co/V94Un2ZR5p

Adal is being held without charge in Ofer military prison near Ramallah in the Israeli-occupied West Bank. His detention without trial is part of a system which the Israeli state calls ‘administrative detention’. He has two children, and he comes from the village of Al-Khader which is close to Bethlehem. He has spent a total of seven years in Israel’s colonial prisons.

Adal’s successful action against his imprisonment in Israeli administrative detention follows the victory of his brother Ahmad Musa on 8 September. It also rides the wave which began with the historic victory of administrative detainee Khalil Awawdeh. Khalil’s hunger strike lasted 182 days – and almost lead to his death. Israeli authorities have confirmed that he will be released on 2 October.

Khalil, Adal, and Ahmad were just three of the almost 750 administrative detainees held in Israeli prisons. Those held without charge are just part of a total of nearly 5000 Palestinians Israel has imprisoned.

Escalating the work of liberation

Adal and Ahmad Musa’s victory clearly rode on the self-sacrifice and steadfastness of Khalil Awawdeh. On 29 August – just two days before Israeli authorities confirmed that he would be released – Khalil released this statement:

#FreeKhalil Awawdeh, on hunger strike for 180 days resisting Zionist colonialism, has a message to the world, to take action to free the Palestinian prisoners and end administrative detention! pic.twitter.com/f8F36Kuq3I

‘This suffering body… is a mirror’

Be assured, be confident, that we have the right and our cause is just, regardless of the high price paid.

Bless you and peace be upon you.

The Israeli authorities claim that they will release Khalil, Adal, and Ahmad, but for now they remain in the hands of the enemy. It’s important we don’t forget about them.

It’s clear that Khalil’s bravery in the face of the Israeli prison system is already emboldening other Palestinian prisoners. They will need global support and solidarity if they are to bring the system to its knees.