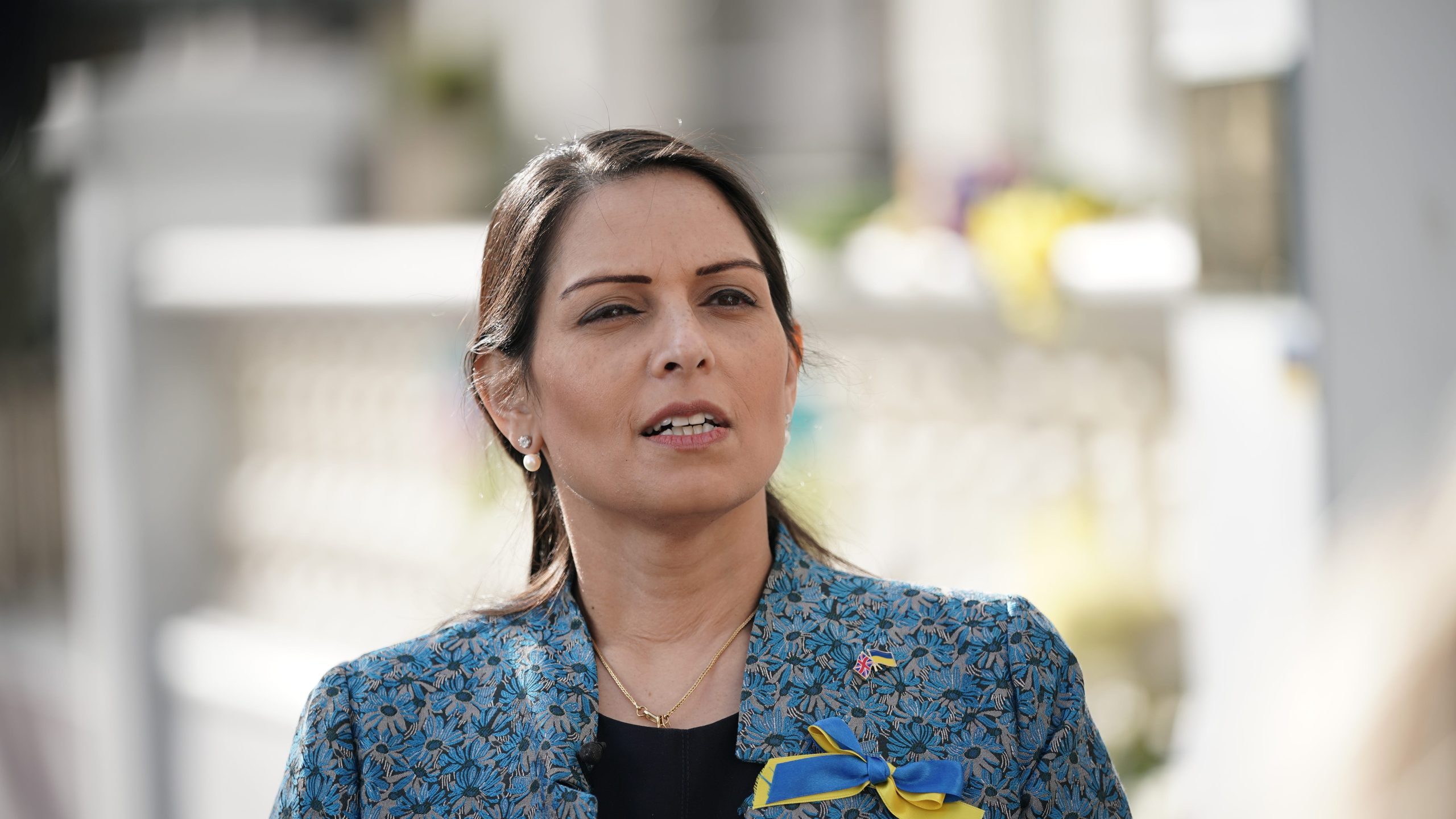 Activists accused Priti Patel of “racist” and “inhumane” policies over government plans to send migrants to Rwanda during her appearance at a Conservative party dinner.

The home secretary was speaking at the Bassetlaw Conservatives Spring Dinner in Nottinghamshire on Friday 6 May. During the event, several activists stood up on their chairs and began denouncing Patel for the policy.

The plan has received widespread criticism and legal challenges. It involves the UK sending asylum seekers it deems to have arrived “illegally” off to Rwanda.

Last night we disrupted @pritipatel because her #Rwandaplan is cruel, morally bankrupt & it will cost lives.

No matter where we come from, we all deserve dignity & respect pic.twitter.com/DQDzC2aMCB

‘Your racist policies are killing people’

Your plans to send people seeking asylum to Rwanda are inhumane, they’re inhumane and are going to ruin people’s lives.

Another activist stood up, telling Patel the group was “disgusted by [her] treatment of refugees in the UK”.

Three other activists stood up and mad statements before the group chanted “Say it loud, say it clear, refugees are welcome here” as they were ushered out of the venue.

Holly Hudson, a Green New Deal Rising activist who was part of the protest, said:

I want to grow up in a society that cares and respects people wherever they come from. I am disgusted by Priti Patel’s Rwanda plan and her immigration policies. They are violent, illegal and inhumane and have been condemned across society.

This bill is a direct act of harm to those seeking safety. Whoever we are, we all deserve safety and compassion and that’s why we took action today.

The plan to send asylum seekers to Rwanda is inhumane and will lead to the destruction of people’s lives and further harm those people who are seeking safety.

Those who stand for climate justice also stand against Priti Patel’s cruel plans that demonise people who are escaping terrifying situations as they bear the brunt of the multiple crises of war, poverty and the climate catastrophe.

These crises in the Global South are the direct result of centuries of exploitation by wealthy countries, such as the UK. We believe it is the responsibility of our Government to provide safety for people facing these situations.

We want Priti Patel to drop the dangerous Rwanda migration plan and provide support and safety for migrants, refugees and people seeking asylum.

The world-leading Migration Partnership will overhaul our broken asylum system, which is currently costing the UK taxpayer £1.5 billion a year – the highest amount in two decades.

It means those arriving dangerously, illegally or unnecessarily can be relocated to have their asylum claims considered and, if recognised as refugees, build their lives there.

Our new Migration and Economic Development Partnership with Rwanda fully complies with international and national law.

A comparable scheme in Australia inspired the UK’s Rwanda plan. It has resulted in considerable human rights violations and cost the Australian government billions since its introduction in 2013.