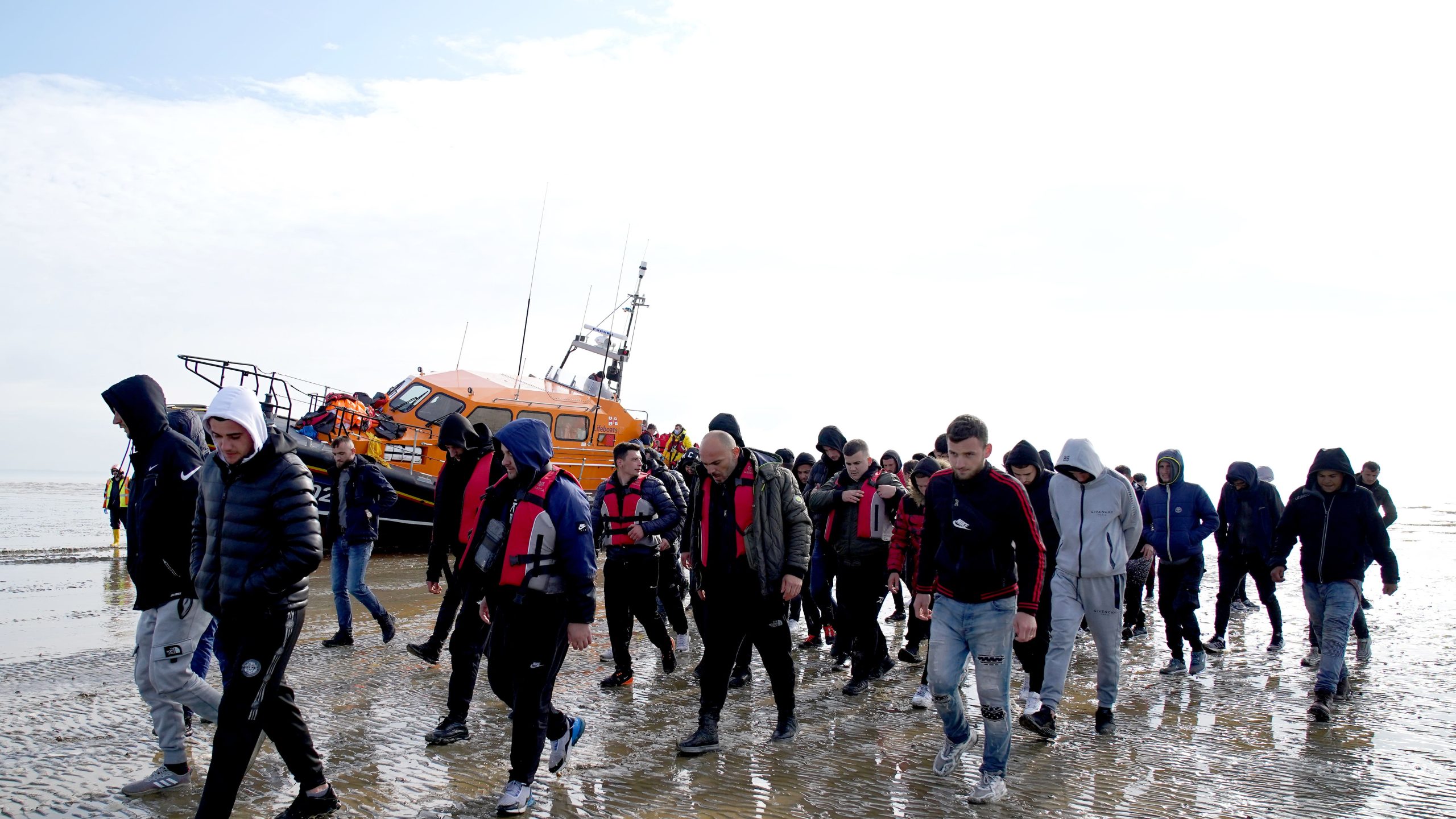 People fleeing Afghanistan made up almost a quarter of the migrants crossing the Channel in the first three months of the year.

Out of 4,540 people detected arriving by small boats between January and March 2022, some 24% (1,094) were Afghan nationals, according to Home Office figures.

This was the most out of any nationality recorded, followed by 16% who were Iranian (722) and 15% (681) Iraqi – which both typically outrank Afghans in the numbers.

The rise has prompted concerns from campaigners that the Government’s resettlement scheme in the wake of the Taliban takeover is failing and raised questions over whether Afghans could be at risk of being deported to Rwanda because they could be deemed to have arrived in the UK illegally under new immigration rules.

It comes as separate figures showed the number of asylum claims made in the UK has climbed to its highest in nearly two decades, while the backlog of cases waiting to be determined continues to soar.

Today’s migration stats show a shocking rise in the number of Afghans arriving in the UK on small boats. The government has said it is giving Afghans a ‘warm welcome’, but these figures reveal that many have felt they have been left with no option but to take this dangerous route to make it to the UK.

Now the government’s new plans in response to the Channel crossings could mean that Afghan asylum seekers will be sent to Rwanda. This would be an unimaginably awful outcome for people who have already faced such great hardship.

Contrary to the government’s claims, there are few safe routes for people forced into small boats to make it to the UK.

The sharp increase in the numbers of people fleeing Taliban atrocities in Afghanistan, having no choice but to make desperate journeys over the Channel to find safety here in the UK, is concerning but unsurprising.

This increase is the inevitable consequence of the restrictive nature of the Afghanistan resettlement schemes, for which the vast majority of Afghans are simply ineligible.

The government must honour the promises they made to the people of Afghanistan by immediately ensuring the most vulnerable people in the country are able to access a safe route to the UK, so they are not forced to risk their lives in order to find safety here.

Dr Peter William Walsh, senior researcher at the Migration Observatory at the University of Oxford said:

The arrival of Afghans in small boats on the UK coast indicates that many more wish to find protection here than are able to do so under the UK government’s existing schemes.

The Government pledged to resettle 20,000 refugees, with as many as 5,000 in the first year under the Afghan Citizens Resettlement Scheme (ACRS).

It relocated the first people on January 6 2022 once the scheme opened some six months after the Taliban took over the country’s capital Kabul in August. But questions remain over its progress to date.

Meanwhile, an estimated 7,000 people have been relocated under the existing Afghan Relocations and Assistance Policy (ARAP) which launched in April last year and offers priority relocation to the UK for current or former locally employed staff who had been assessed to be under serious threat to life.

The official Government figures on Channel crossings also show most of the people who made the crossing (89%) were male, the same as the average between 2018 and 2021.

Some 3,448 men were recorded to have made the journey in the three-month period, as well as 342 women and 743 children, of which 594 were boys and 142 were girls, with seven recorded as unknown.

But information on age, gender and nationality was not available for some arrivals.

The average number of migrants on board each boat crossing the Channel almost doubled in the first three months of this year compared to the same period in 2021, up from 18 to 32.

Some 9,330 migrants have reached the UK after navigating busy shipping lanes from France in small boats such as dinghies since the start of 2022, according to analysis of Government data by the PA news agency.