Anyone can die at any time: Indiscriminate attacks by Russian forces in Kharkiv, Ukraine 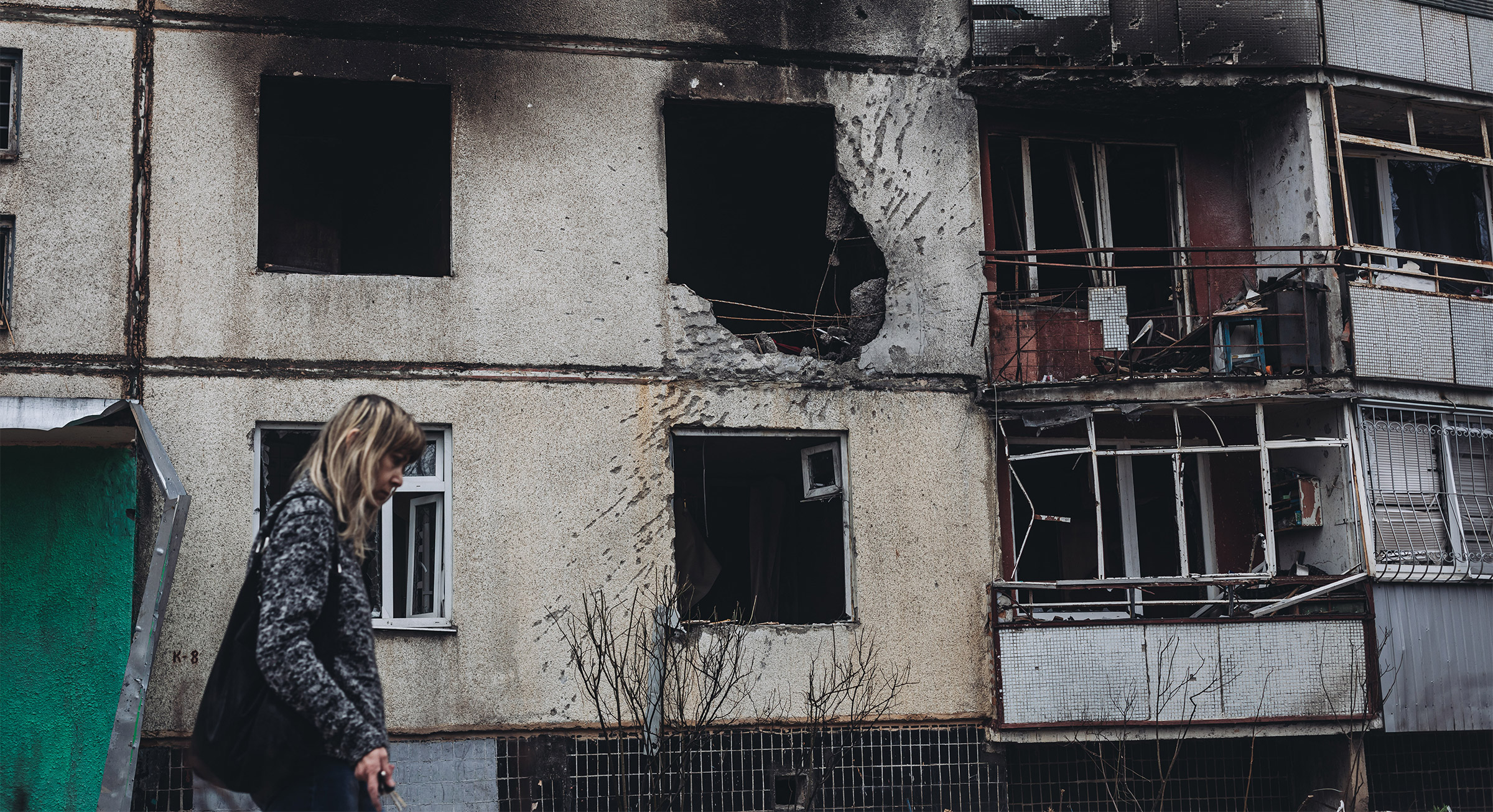 3 Shelling of the city almost stopped at the end of April, when Russian forces were pushed back towards the Russian border. See: “Ukraine war: Russia pushed back from Kharkiv – report from front line”; BBC 11 May 2022; However, sporadic attacks have continued, including a devastating attack on 26 May which reportedly killed eight people and injured 17 near the 23 August metro station in the north of the city. Among the victims were five-month-old Mikhail Korostyliov and his father Mykolaii Korostyliov, 34. The baby’s mother, Oleksandra Korostyliova, was lightly injured in the attack. See: and:

4 Letter from Maxim Haustov, director of the Medical Department of the Kharkiv Regional Military Administration, to Amnesty International, n°02-03-09/508, 28 April 2022.

6 Some people preferred to have their patronym rather than their surname mentioned. Others neither. Several people said that a Ukrainian law applicable during wartime bars citizens from disclosing information about people and places affected by attacks from enemy forces. They may have been referring to Law No. 2160-IX, which came into effect in March 2022. See “Zelenskiy Signs Law Restricting Distribution of Ukrainian Military Information,” RadioFreeEurope, 28 March 2022.

9 “Scenes from Kharkiv: Battle wreckage, the boom of artillery, and people sheltering in the subway,” New York Times, 25 February 2022, and

14 Several other people injured in the strike were taken to other hospitals.

16 After several weeks in intensive care, Oksana’s condition was improving slightly at the time of writing this report, but she tragically died on 11 June.

18 See “Обстрел Слободского района Харькова: 7 погибших, 34 раненых” (Shelling of the Sloboda district of Kharkiv: 7 dead, 34 wounded), Ukrainska Pravda, 3 April 2022, Amnesty International spoke to witnesses who had seen four people killed and more than a dozen injured, and had heard of others who had been killed and injured. Residents of buildings 3 and 3A told Amnesty International that the man and woman who were killed by the benches in front of the building were local, but they did not know their names.

19 Residents said that the man who was killed in his car was had a volunteer badge but was not local and they did not know his name.

20 The explosion of several cluster munitions on the main road was caught on the security camera of the nearby checkpoint. See:

21 This was not the first strike on the village. A week earlier, on 21 April, Liubov Aleksandrova, age 69, suffered multiple fractures and lacerations to her arms and legs from shrapnel from a rocket strike, while in her garden

22 The Russian PTM-1S (ПТM-1C) is a dispenser-ejected, scatterable, high-explosive (HE) landmine with a random self-destruct feature. While Russia classifies it as an anti-vehicle landmine, it can be classified as a victim-operated anti-personnel landmine under the Anti-Personnel Mine Ban Convention, because of the fact that it can be triggered by an accumulation of human-weighted pressure inputs. The landmine can be scattered from helicopters or dispersed from Grad (122mm) and Uragan (220mm) rockets. See PTM-1S Landmine, Collective Awareness to UXO (undated),

24 These are large multi-storey buildings hosting more than 100 apartments each and residents do not know each other. Moreover, after the initial strikes many residents fled the city, including relatives, friends and neighbours of the victims.

26 The 9N210 and 9N235 cluster munitions appear nearly identical from the outside, and differ only in the length of the time delay of their self-destruct feature and the size of the pre-formed pellets in the frag sleeves. See Russian 9N235 submunitions documented in Ukraine, Armament Research Services, 13 March 2022.

29 The Convention is available at: It has been signed by 164 states, including Ukraine but not Russia.

30 The figure is from Governor Oleh Syniehubov, quoted in “Kharkiv, Ukraine’s second city, adjusts to life with half its pre-war population”, The Economist, 30 May 2022.

33 A witness at the site told Amnesty International that two people were killed and another witness said she had seen several people injured after the strike.

34 See image (verified and geolocated) of the rocket at:

35 Two residents also said that Sergiy Tiyglo, an older resident of 36 Buchmy Street, and his mother were killed on 3 March in shelling. They were killed in front of the entrance while he was trying to evacuate her in their car.

37 A howitzer is a short cannon used to fire projectiles at medium muzzle velocities and with relatively high trajectories.

38 Each KPOM-2 canister contains 4 POM-2 anti-personnel landmines, which are prohibited under the Mine Ban Treaty. See KPOM-2, Fenix Online (undated), This area was never under the control of Russian forces, and these mines are known to be in the possession of Ukrainian forces. See Ukrainian-operated UMZ mine laying system in Ukraine, Armament Research Services, 3 March 2015,

39 Both Russia and Ukraine are states party to the four Geneva Conventions of 12 August 1949 and their Additional Protocol of 1977 relating to the Protection of Victims of International Armed Conflicts (Protocol I). Many of the rules in these conventions are also part of customary international law.

40 ICRC, Customary IHL Study, Rule 1. See also Protocol Additional to the Geneva Conventions of 12 August 1949, and relating to the Protection of Victims of International Armed Conflicts (Protocol I), Article 48.

50 In addition to domestic judicial processes and the ICC, there is also a UN-established Independent International Commission of Inquiry on Ukraine that has a mandate to, among other things, collect and analyse evidence of international human rights and humanitarian law violations in Ukraine. See UN Human Rights Council, Resolution 49/1, UN Doc. A/HRC/RES/49/1 (7 March 2022).

51 Ukraine is not a party to the Rome Statute of the International Criminal Court (ICC), but it has accepted the court’s jurisdiction over alleged crimes committed on its territory since November 2013. On 28 February 2022, the ICC prosecutor announced he would seek authorisation to open an investigation into alleged crimes in Ukraine. Statement of ICC Prosecutor on the Situation in Ukraine, 28 February 2022.

52 ICC Prosecutor Karim A.A. Khan QC announces deployment of forensics and investigative team to Ukraine, welcomes strong cooperation with the Government of the Netherlands, ICC, 17 May 2022,