Before shipping asylum seekers to Rwanda, the UK must heed lessons from Australia 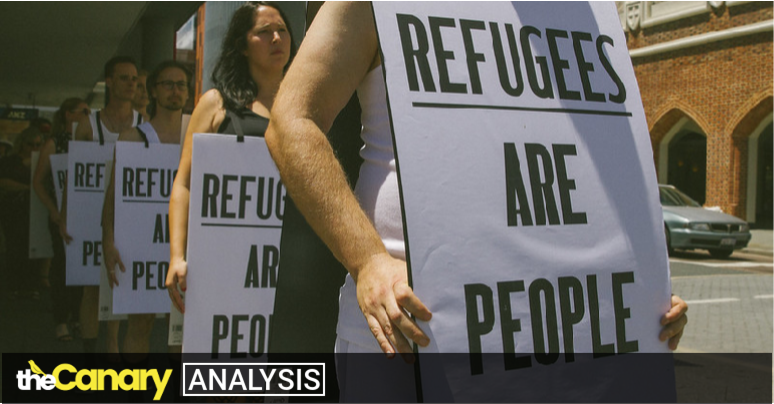 I am a Senior Counsel (SC) barrister and spokesperson for the Australian Lawyers Alliance. It is my view that the UK government’s offshore detention deal is simply, despite what home secretary Priti Patel says, a carbon copy of the notorious Australian arrangement first devised in 2001.

This arrangement saw asylum seekers who arrived by boat to Australia sent to the impoverished Pacific island nation of Nauru, and Manus Island in the equally impoverished Papua New Guinea.

It is no coincidence that the UK government’s plan has emerged after its appointment of one of the key architects of the so called “Pacific Island solution”, former foreign minister Alexander Downer. It’s also telling that Patel met in 2021 with former Australian prime minister Tony Abbott, who campaigned successfully on “Stopping the Boats”.

What’s missing from the discussion about the controversial plan to use Rwanda, a nation with a brutal human rights abuse record, is that the Australian approach to asylum seekers has made the nation a human rights pariah internationally. It’s also cost taxpayers billions of dollars. The long term physical and mental harm to those who have been subjected to detention on Manus and Nauru is both horrific and well-documented by leading medical groups.

What lies behind both the UK and Australian approach to offshore asylum processing is toxic neo-colonialism. This involves, in each case, a wealthy country seducing poorer nations with the promise of aid and money if they play ball. It’s a contract where there is clearly gross inequality in the bargaining power of one party.

A previous Australian Labor government, under electoral pressure, put in place the current arrangements with Nauru and Papua New Guinea in 2013. What Downer and Abbott may not have told the Johnson government is that offshore processing has cost Australian taxpayers an average of over AUD 1bn a year since then. This is not counting the cost of successful claims made for compensation by asylum seekers. One case, a class action brought by detainees on Manus Island in 2017, cost the government over AUD 100m in damages and legal costs.

However, while long-suffering taxpayers foot the bill for the Pacific solution, contractors have found a gold mine. According to the Refugee Council of Australia, an NGO, service providers billed billions of dollars to the Australian government between 2013 and 2021. One company – Broadspectrum – made AUD 2.5bn. Another, International Health and Medical Services, made AUD 446m over the same period.

Moreover, international condemnation of Australia’s policies towards asylum seekers has been constant and consistent. In February 2020, independent Australian MP Andrew Wilkie was told in a letter from the International Criminal Court that conditions in the Australian-run camps on Nauru and Manus Island were dangerous and harsh. Alarmingly, the letter describes an:

environment rife with sporadic acts of physical and sexual violence committed by staff at the facilities.

In 2018, a spokesperson for the UNHCR said that Australia’s policy has:

The permanent harm inflicted on asylum seekers from offshore detention has been noted by the Royal Australian and New Zealand College of Psychiatrists (RANZCP). In September 2017, it said:

Prolonged or indefinite detention itself is known to contribute to adverse mental health outcomes as a result of prolonged exposure to factors including uncertainty, lack of autonomy, deprivation of liberty, dehumanisation, isolation and lack of social support.

It cited UN, Australian Human Rights Commission and Amnesty reports that have found:

Self-harm and suicidal behaviour have become endemic in detention facilities amid well-documented allegations of the exposure of asylum seekers and refugees in detention to sexual and physical assault and abuse, and conditions which are tantamount to cruel and degrading treatment.

If the UK proceeds with its plans, what happens when Rwanda’s medical system cannot treat seriously ill asylum seekers? Patel will likely follow the Australian stance, which has been to oppose every transfer from Manus Island or Nauru to Australia for healthcare.

The result has been death, and a rapid decline in the health of vulnerable individuals. The Australian government has blood on its hands, and the UK government seems determined to follow in its footsteps.