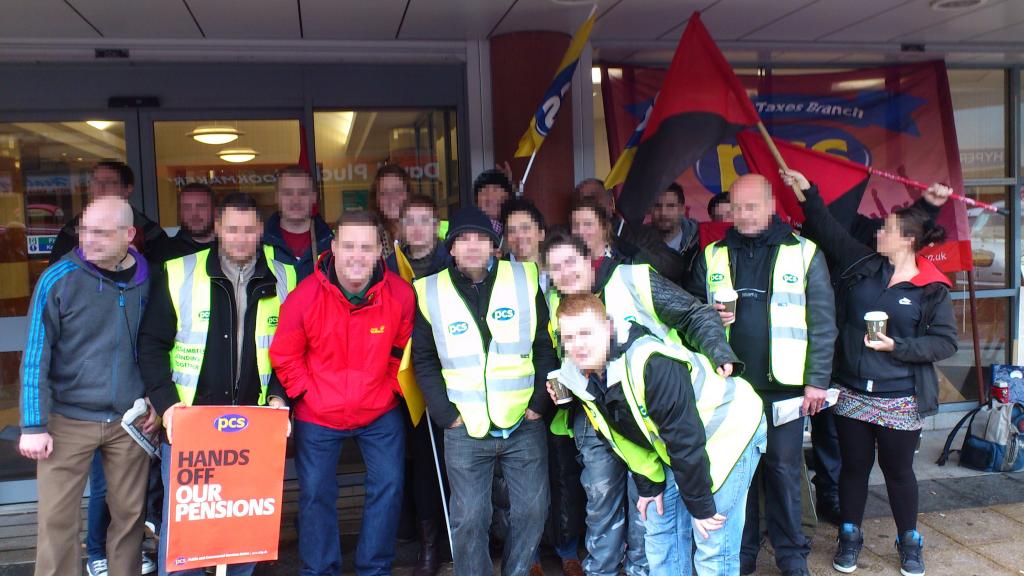 The most obvious contradiction between my role and my politics is that the former is part of the top-down structures of reformist trade unionism that the latter seeks to replace with a revolutionary union built on self-organisation. However, having cut my teeth in class struggle as a shop steward for Unite, I held a long-formed opinion that at a lay rep level this was something I could deal with adequately.

Lay rep or shop steward posts – often taken by the most militant workers – can be complicated. Unlike full-timers, they still work on the shop floor and are paid like those they work with. If bosses cut pay, their pay is cut too. And as a workplace militant, they can be victimised by their bosses for their role.

However, they must also balance between shop floor interests and the union bureaucracy’s interests. For example, a union rep may be furious that her union is recommending workers accept a pay cut, but she will still have to argue for workers not to leave the union. If they put workers’ interests ahead of the bureaucracy’s they can find themselves under attack not only from their bosses, but also their union.

Certainly, I’ve experienced enough of those attacks in my time. From a mildly critical blog about a young workers event being circulated around the National Young Members Committee and full timers demanding answers, to an incredible amount of flak for being part of the breakaway marches on both the national student demonstration in Manchester and the TUC’s March for the Alternative in London last year.

At a local level, too, there’s been no end of attacks and arguments. I’ve previously blogged about the issues with factionalism and bullying, and the issues this creates for rank-and-file organising. Then there are the times that my blogs and Facebook statuses have been the subject of Branch Officers’ meetings. On a more serious level, I’ve been chastised for calling meetings because that wasn’t my remit and most recently warned against calling communications blockades to tie into an ongoing dispute about privatisation and job cuts because it wasn’t part of the official action, amongst other things1
.

However, I believe that I’ve weathered these things quite well whilst building credibility on the ground as an organiser. If the only hurdle to being reconciling being an anarcho-syndicalist with being a rep2
was taking flak and having a lot of rows, then I don’t think it would be that big of an issue.

The other significant problem that I find, however, is the deficit of organisation even on the terms of an ordinary organising trade union. I don’t know to what extent others in workplaces with established unions face this issue, but certainly where I am there is an awful lot of inertia to overcome even for bog standard trade unionism to work. As a result, myself and a few other of the more active reps effectively are the union in the branch – and it’s really hard to argue that people should organise outside of or beyond yourself.

I’ll give just a couple of examples to illustrate this problem.

Several of us had a fifteen-month long fight to get the minutes of meetings between local management and the union put out to members. A monthly bulletin summarising the issues was being put out, but some points were still being kept confidential from members for management’s sake. We argued against this, saying that there should be complete transparency and full minutes should supplement the bulletins. When we finally won the argument, the minutes came out. But they came out in an abbreviated, bullet point form that even reps find near impossible to comprehend, and the bulletins simply stopped appearing.

More than once, it has been discovered that contentious issues had been agreed between management and the union without even coming back to the full reps committee. This included the introduction of what was effectively a staff council and local guidance on sickness that went further than even the national guidance that the union is in dispute over (reps eventually forced this to be pulled after a fight).

The branch newsletter was for a long time the product of one person, and died a death almost two years ago. In that time, nobody on the elected editorial board (which the person producing the newsletter wasn’t actually on) at any point took steps to try and revive it.

One of the two buildings that make up the branch has an extremely high scabbing rate on the overtime ban that has been in force since 2009. Most of their reps have decided to jack in picket lines as they “don’t work.” A succession of reps in that building have quit due to stress and health issues exacerbated by bullying from other reps there. To top it all off, they consistently come back with “nothing to report” on either industrial relations or health and safety. One can only presume from this that a perfect working environment is what creates scabbing, bullying and reps who won’t even bother their arse to picket.

As mentioned, these are just a few issues. There are others, all over the place, and those of us who want to be more active and more militant are pushing against an awful lot of dead weight. Needless to say, when just trying to get regular communications to members, make talks with management more transparent and keep picket lines going when 90% of reps won’t turn up is this much of a battle, building a workplace committee that can collectivise grievances and take direct action is out of the question.

But, on the other side of the coin, to stop being a rep would mean leaving the branch to rot and ruin and leaving a number of good activists isolated. It could also mean that the number of members giving up on the union increases exponentially – and odds are this will give us more scabs rather than more militants.

I still don’t know what the answer is. I think that it would be a hell of a lot easier to organise from an anarcho-syndicalist perspective somewhere without a union or where the union was weak and ineffectual. Especially as, despite all of the attacks PCS members are facing on jobs, pensions, pay and conditions, there is still not that one hot button issue which can create the kind of anger that gave birth to The Sparks. For now, I will continue pursuing the path I am on, and make my decision once and for all when branch elections come around again early next year.

In the meantime, it will be at least be fun to see the ill-informed fury and frantic Branch Officers’ meetings that this blog post will inevitably inspires when someone from my branch who recognises themselves in what I’ve written sees it…

At the forefront of Korean anarcho-syndicalism in 2022