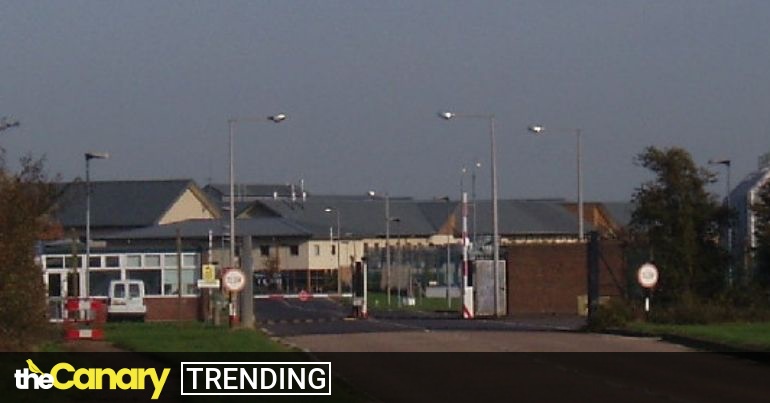 A devastated mother has spoken out about how her 17-year-old Black British son was found at an immigration detention centre after going missing from hospital. On hearing the news, outraged people took to Twitter to condemn the UK’s racist police and Home Office.

A woman’s son went missing after being sectioned under the Mental Health Act in a Kent hospital on 7 April.

British Transport Police found him in Euston, London on 9 April. He had no phone, money, or ID. Rather than supporting the boy – who was registered as a missing person – the transport police arrested him on suspicion of not paying his train fare.

Officers held the boy in police custody at a station in Islington, London. Here, they failed to communicate with the boy, and took his fingerprints.

People who communicate non-verbally have the right to have an ‘interpreter’ present when police question or interview them. It is unclear whether the officers involved made such arrangements. Under the UN Convention on the Rights of the Child, enforcement should only arrest, detain or imprison under-18s “as a measure of last resort”.

Prepared to deport him

Police then sent the boy to Home Office immigration enforcement, who held him in immigration detention near Gatwick – despite him being a British citizen who has never left the country.

Having incorrectly recorded his nationality as Nigerian, immigration officers prepared to deport the boy on the grounds that he hadn’t given officers “satisfactory or reliable answers”.

The name and date of birth that immigration officers recorded on the boy’s documents were also incorrect.

According to the Guardian, the non-verbal 17-year-old’s mother:

said he would not have been able to say his date of birth properly, and would never have said he was from Nigeria.

Calling out the officers involved in detaining her son, the boy’s mother told the Guardian:

Because he’s black they just assumed ‘let’s pick him and put him in a deportation centre’.

One day, the country might wake up to what a deeply, violently racist swamp we’re in.

“A woman has described how her 17-year-old black British son was found at an immigration detention centre after going missing while being treated for psychosis.”https://t.co/dXqnHJ9JcN

A missing black British 17 year-old, who is non-verbal, has been found in a Kent immigration detention centre after authorities assumed he was Nigerian.

Yet another example of the racism embedded in our immigration system.https://t.co/u5UfqEwdmk

Shame on the Home Office, the local police, the British Transport Police and absolutely everyone else involved in this horror. This story is so upsetting and a culmination of everything wrong with this country. @ukhomeoffice @btp https://t.co/IQnRVJAZ4h

Reflecting on the boy’s traumatic experience of racism and ableism at the hands of violent carceral institutions, barrister Zehrah Hasan tweeted:

To the libs: being ‘British’ does not make his treatment worse than if he were a migrant child.

We should not be shocked & angry because he was put in the ‘wrong type’ of prison.

We should be enraged at the fact psych detention, prisons, policing & immigration detention exist

As if things weren’t bad enough

Among other draconian measures, the policing act introduces more powers and protections for police, and harsher sentences for people who are in trouble with the law.

Meanwhile, the inhumane anti-refugee law gives the Home Office the power to strip people of their British citizenship without notice, along with other measures that will exacerbate the UK’s ‘hostile environment‘.

As a result of these new laws, we will no doubt see even more policing and criminalisation of minoritised people. This is particularly true when laws are enforced by such inherently racist and ableist institutions.

The reality is, this kind of racial profiling is likely to get much worse with authoritarian bills such as the #PolicingBill and the #AntiRefugeeBill recently passing.

And in the in the face of these racist & dehumanising attacks, anti racist action is needed now more than ever

This case is further evidence that punitive institutions like the police, prisons, and immigration detention centres do not keep anyone safe or prevent harm. In the face of these violent and discriminatory institutions, we must be prepared to intervene in every police interaction and resist every immigration raid that takes place in our communities.