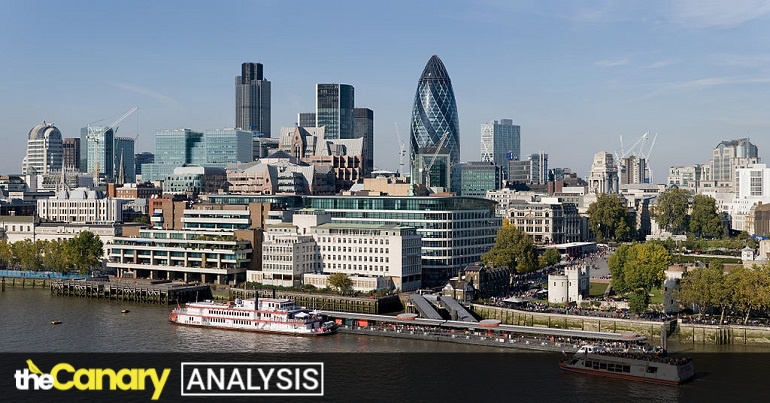 The Bank of England (BoE) has caused carnage in recent days. In a double tap for millions of people, it first raised interest rates and then said the UK was facing a recession. However, its thinking has just been exposed as bullshit. One economic expert has called the BoE out for ‘deliberately’ causing suffering to countless people. And they also showed that the BoE’s decisions were ultimately to protect the rich.

As BBC News reported, the BoE has:

I know that… [people who are struggling] will feel, ‘Well, why have you raised interest rates today, doesn’t that make it worse from that perspective in terms of consumption?’, I’m afraid my answer to that is, it doesn’t because I’m afraid the alternative is even worse in terms of persistent inflation.

As The Canary reported, the rich, white people at the BoE are meant to have all this under control. It’s their job to keep inflation low. But they hadn’t been doing this – and now we’re in this mess. Plus, in May it was widely reported that if the BoE put up interest rates this would cause a recession. One ex-official said the bank would do it on purpose. And it now has.

So, one economic expert has laid into the BoE for its actions.

Richard Murphy is a chartered accountant but also a campaigner. He has often been critical of capitalist economics. Now, he’s written two long Twitter threads about the BoE’s announcements. One outlines why its decision is so batshit. Murphy says that the BoE is increasing inflation to try and stop people spending money. He thinks the BoE is doing this to try and reduce inflation – because the less money people have, the less stuff they buy. But crucially, Murphy says this is nonsense. Because, as he points out, it:

assumes that UK households have too much money to spend… But this is nonsense. 20% of all UK households are already struggling to pay bills and many more will soon.

He says all that will happen is:

But Murphy also believes the BoE knows all this – and is happy to let it happen.

He says that the only people who the interest rate/inflation/recession clusterfuck won’t affect is the richest 10%. For the rest of us, he believes that it will be chaos. Murphy also thinks the BoE knows this – saying its action show “indifference” and “callousness”. He says:

it will succeed in making life very much harder for up to 90% of the population, and for a significant part of those people nigh on impossible. What I want to wish is that this is not its aim. But I can’t think that. I think this is deliberate.

And it’s the fact that the BoE is doing this knowing people will suffer that sickens me. They actually want that suffering to happen because they think that is required if they are to indicate their intention to eliminate inflation, even though they have no clue how to do so.

But Murphy also offers a glimmer of hope – maybe without even realising it. He says:

The biggest civil unrest in decades is likely this autumn.

Little wonder really. Because when the BoE intentionally make political policy decisions that protect the rich at the expense of the rest of us – then what have we got left to lose? Resistance to this class war is vital – and it should start right now.