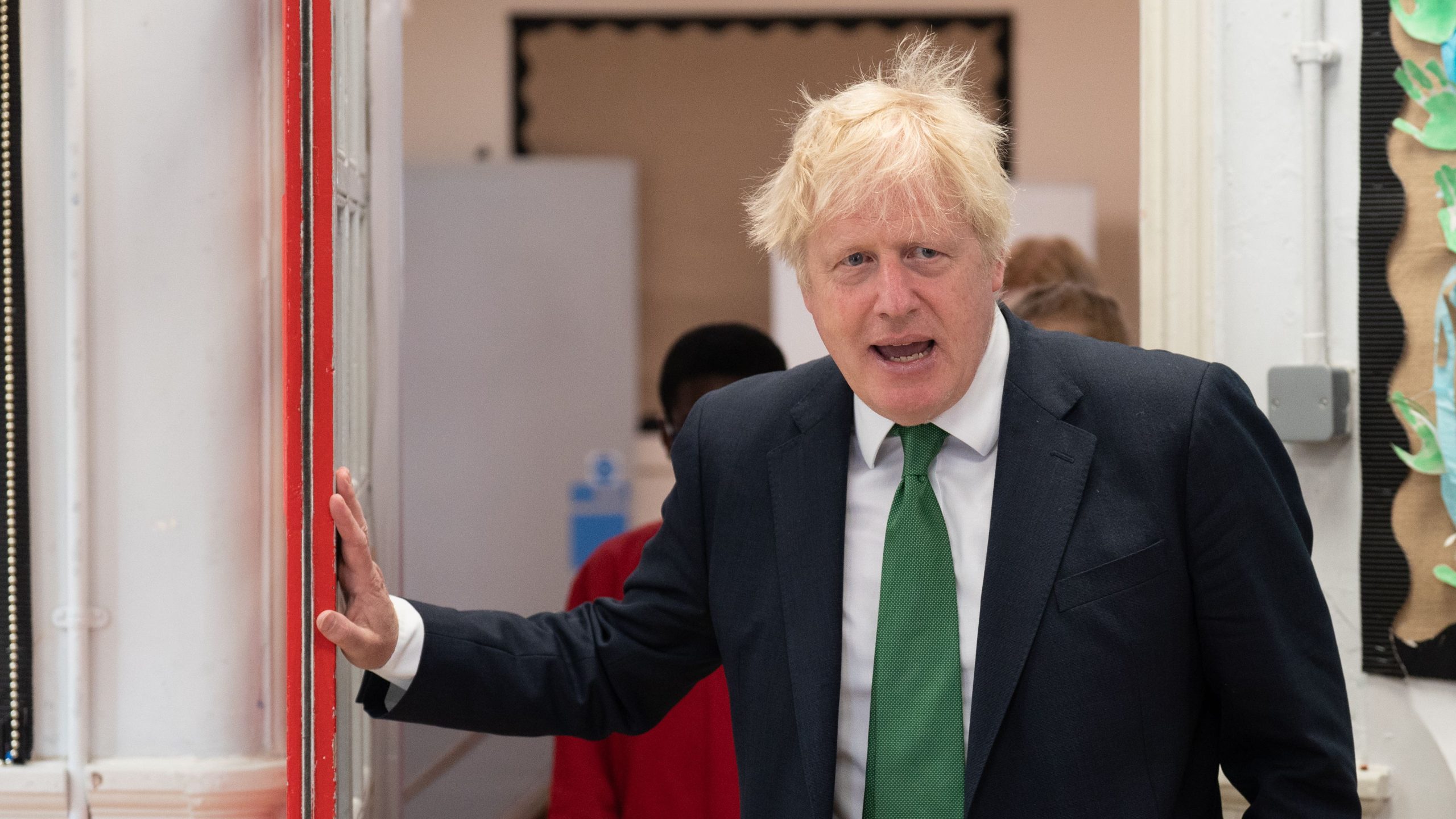 Boris Johnson insisted there would be further help to deal with the rising cost of living, but he was “not attracted” by the idea of new taxes. This was in response to calls for a windfall tax on oil and gas firms to support struggling households.

The prime minister said the government would “put our arms round people”. But he declined to spell out what support might be offered, or when.

One idea which appears to have been rejected by the Treasury is a return of the £20-a-week increase in Universal Credit.

The prime minister has faced pressure from MPs, including some Tories, to introduce a windfall tax. This would pay for new measures to help poorer households cope with rising food and energy bills.

No option is off the table, let’s be absolutely clear about that.

But as I have said throughout, we have got to do what we can, and we will, to look after people through the aftershocks of Covid, through the current pressures on energy prices that we are seeing post-Covid and with what’s going on in Russia and we are going to put our arms round people, just as we did during the pandemic.

He said there was “more that we are going to do” but “you’ll just have to wait a little bit longer”.

“Labour’s plan is always to raise taxes,” says Boris Johnson, whose government last year raised taxes by a higher amount than any other government in almost three decades. #PMQs

No return for Universal Credit boost

The £20 uplift in Universal Credit was introduced in the pandemic but withdrawn in October 2021. Its return has been seen as a way of targeting help at the poorest.

But Treasury chief secretary Simon Clarke has ruled out the measure.

On that question, we were always explicitly clear that was a temporary response to the pandemic.

That is not going to return. The question is how we best now look at the next range of solutions to deal with the challenges we’re facing.

The Treasury minister pointed instead to how chancellor Rishi Sunak has lowered the taper rate for Universal Credit, the rate at which benefits start to reduce as a claimant earns money. This has allowed the lowest earners to keep some more of their wages.

Pressure for a windfall tax has come from Labour but also from some senior Tories. Although in a vote on 17 May, no Tory MPs voted in favour of the tax. As author Marcus Chown said:

Every Conservative MP voted against a windfall tax on the greedy energy companies to help those struggling to feed their children.

The problem is deeper than Boris Johnson.

The problem is the Conservative Party pic.twitter.com/qJ6gQiahka

A windfall tax justification in part rests on the widespread need that we are going to need to support people, and recognition of that.

And we’re going to do that, I hope, quite comprehensively, because that’s what’s going to be needed.

Speaking to LBC about the prospect of a windfall tax, Clarke said it remains an option if oil and gas companies do not invest in the future security of domestic energy supplies. He said:

The sector is realising enormous profits at the moment…

If those profits are not directed in a way which is productive for the real economy, then clearly all options are on the table.

Clarke told ITV’s Good Morning Britain that the UK government is “not going to rush into action”. But he suggested support will be forthcoming given the “severity of the situation”.

Philosophically, I don’t want to be raising taxes but nor obviously can we ignore the fact that there is a very challenging situation in terms of the cost of energy at the moment that will likely worsen ahead of next winter, and the Government is going to need to take action to address that