Coronavirus subvariants cause concern as government pretends the pandemic is over 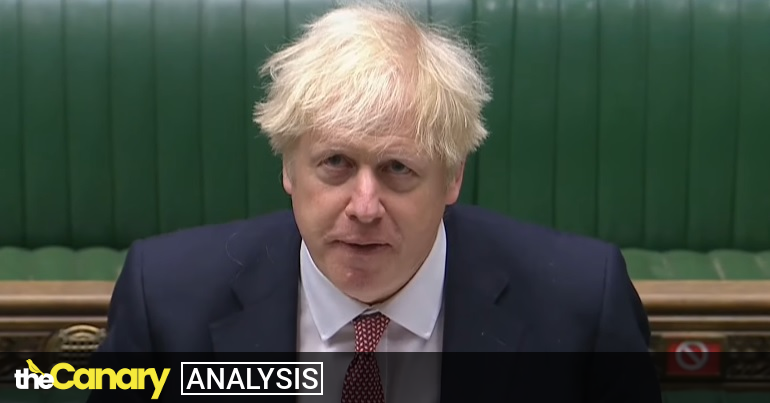 The coronavirus (Covid-19) BA.1 and BA.2 ‘Omicron’ lineages have been dominant in the UK for some months. There’s also a subvariant, known as ‘XE’, in the UK.

But the government’s agenda in recent months has been all about “living with Covid”. Following pressure from backbenchers, the government is opposed to mask-wearing and other precautions.

Government all over the place

In November 2021, The Canary reported on news that the Omicron BA.1 variant had arrived in the UK. In February, we warned of the Omicron variant BA.2 (also known as the ‘Stealth’ variant because it proved more difficult to track). Also, in February WebMD reported that according to a Japanese study (then in preprint, now published in Cell):

therapeutic monoclonal antibodies used to treat people infected with COVID didn’t have much effect on BA.2.

It didn’t take long before that variant became dominant. We now know of further sub-variants, including XE, which is different in that it is a ‘recombination’ of BA.1 and BA.2.

Johnson has reportedly said that in response to emerging subvariants, he cannot “take any options off the table”. Yet in regard to another lockdown, he added how he wanted to avoid that ever happening again; in other words, it’s the usual mixed messaging..

A recombinant, which is further explained in an article in The Conversation, is when:

two different variants infect the same cell, in the same person, at the same time. From there, they can combine their genetic material, resulting in a virus that possesses a mix of genes from both infecting “parent” viruses. This recombinant variant may then spread to other people – as has been the case with omicron XE.

Recombinant viruses can exhibit marked changes in their behaviour, such as increased infectiousness, evasion of our existing immunity to the virus, or resistance to drugs.

Meanwhile, a Time article from 8 April says “The good news is that there are still relatively few XE cases”. It quotes Dr. Andrew Badley, chair of the SARS-CoV-2 COVID-19 Task Force and professor of infectious disease at the Mayo Clinic:

We’ve known about the existence of the XE variant since the middle of January… Now, two and a half months later, we’re still seeing cases, but it hasn’t exploded…

Omicron was first identified in November, and within four weeks it was all over the world. So it’s not as dominant a new strain as Omicron was

Other sub-variants on the horizon

In a Twitter thread, Independent SAGE member Professor Christine Pagel warns of a new wave of infections that could result from the subvariants:

Thread on Omicron subvariants and what they might mean for UK:

TLDR: reasonable chance of a new wave of infections in 4-6 weeks or so, boosters should reduce admissions & deaths but not entirely. Ditto long covid. Can expect more future waves too. 1/12

Pagel explains that South Africa is experiencing “a new wave” on the back of subvariants BA.4 and BA.5, and in the US subvariant BA.2.12.1 is “growing rapidly”:

A few recent papers have shed more light into what this might mean… 3/12 pic.twitter.com/Q22e1i8Wtf

Such infections, she adds, could mean thousands more people suffering from Long Covid. She also explains that with Omicron, compared to previous variants, “immunity is not that long lived & it gives less protection against non-Omicron variants”:

And what *is* concerning about Omicron is that compared to prev variants, immunity is not that long lived & it gives less protection againts non-Omicron variants.

An Omicron-specific booster was no better than the existing booster, so a new Omicron vax unlikely to help. 10/12 pic.twitter.com/p5nfcPYgye

Some good news – but…

As Pagel notes, we’re currently on a downward slope, and the percentage of people testing positive for coronavirus appears to be decreasing in England, Scotland, Wales and the north of Ireland. Hospital admissions related to coronavirus are also decreasing.

But that doesn’t mean we should drop our guard. Especially as more infections increase the risk of mutating variants that may evade existing vaccines. Additionally, Long Covid remains a significant and serious risk. It can impact patients’ quality of life over the long term, even if they don’t end up in hospital.

Meanwhile, when it comes to coronavirus announcements, the government can be characterised as basically absent without leave. Indeed, its absence of updates on the virus is tantamount to suppression of information – information that affects all of our health and wellbeing.