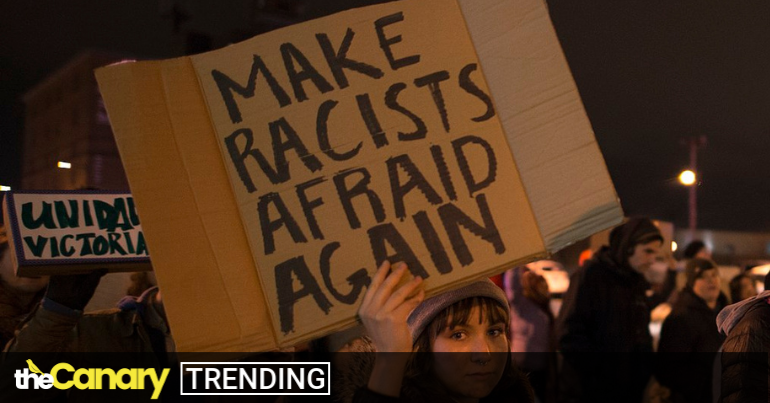 The think tank Policy Exchange has released a report – ‘Delegitimising Counter-Terrorism’ – which makes the case that:

the groups opposing Prevent have tended to criticise pretty much any counter-terrorism policy.

In their important report published today, @Policy_Exchange has lifted the lid on how a vocal minority is attempting to undermine efforts to prevent such radicalisation. We can’t let the Prevent strategy be defeated by extremists. My article in @TheTimes: https://t.co/UldQcLaRuz

It is very telling that in its attempt to defend PREVENT, Policy Exchange has completely ignored the vast body of critique from beyond the Muslim community. This underlines their open Islamophobic agenda.

It’s indicative of Islamophobia in the UK when Former PM’s give their name to such open hostility to Muslim civil society.

A number of activists, many of whom were mentioned in the report, took to social media.

To be honoured by Allah on an odd night in Ramadan by being attacked for our work for justice in a national paper. Maybe our own deeds will amount to little, but maybe their slander will expiate all our sins iA

The editor of British Muslim news site 5Pillars Roshan Salih, meanwhile, collated a tongue-in-cheek league table for the activists mentioned in the report:

The Secretary General of the Muslim Council of Britain, Zara Mohammed, also noted her inclusion:

It seems like the Policy Exchange has featured me in their latest report, a fitting example of how Muslim Women in leadership continue to be trivialised @MuslimCouncil pic.twitter.com/lMnkzko1C7

So much about this is reactionary and deeply Islamophobic.

1 – Why is David Cameron and Policy Exchange only targeting Muslim critics of Prevent?

I’m not Muslim and I’ve criticised Prevent for decades. In fact, I have a PhD on it.

David Cameron (a vocal supporter of the Islamophobic mayoral campaign against Sadiq Khan) today has an article exclusively targeting Muslim critics of Prevent, ignoring criticism from the UN, Amnesty International, Liberty and others.

I wonder why he just picks on Muslims? ?

Both the report and Cameron’s comments are characteristic of a racist and Islamophobic society which continually punishes any dissent. As Rabbani also said:

Civil society organisations defending their communities are no stranger to state sponsored defamation. Hence, to suggest critiquing prevent equates to enabling terrorism is not only desperate, but also libellous. The former Prime Minister and Policy Exchange seem wholly unable to respect the long standing democratic tradition of dissent and holding those in power to account.

The desperation of the racism on display is reflective of the strength of activists and campaigners who have made it their mission to call out Islamophobia wherever they see it. That’s a motivation we would all do well to adopt.