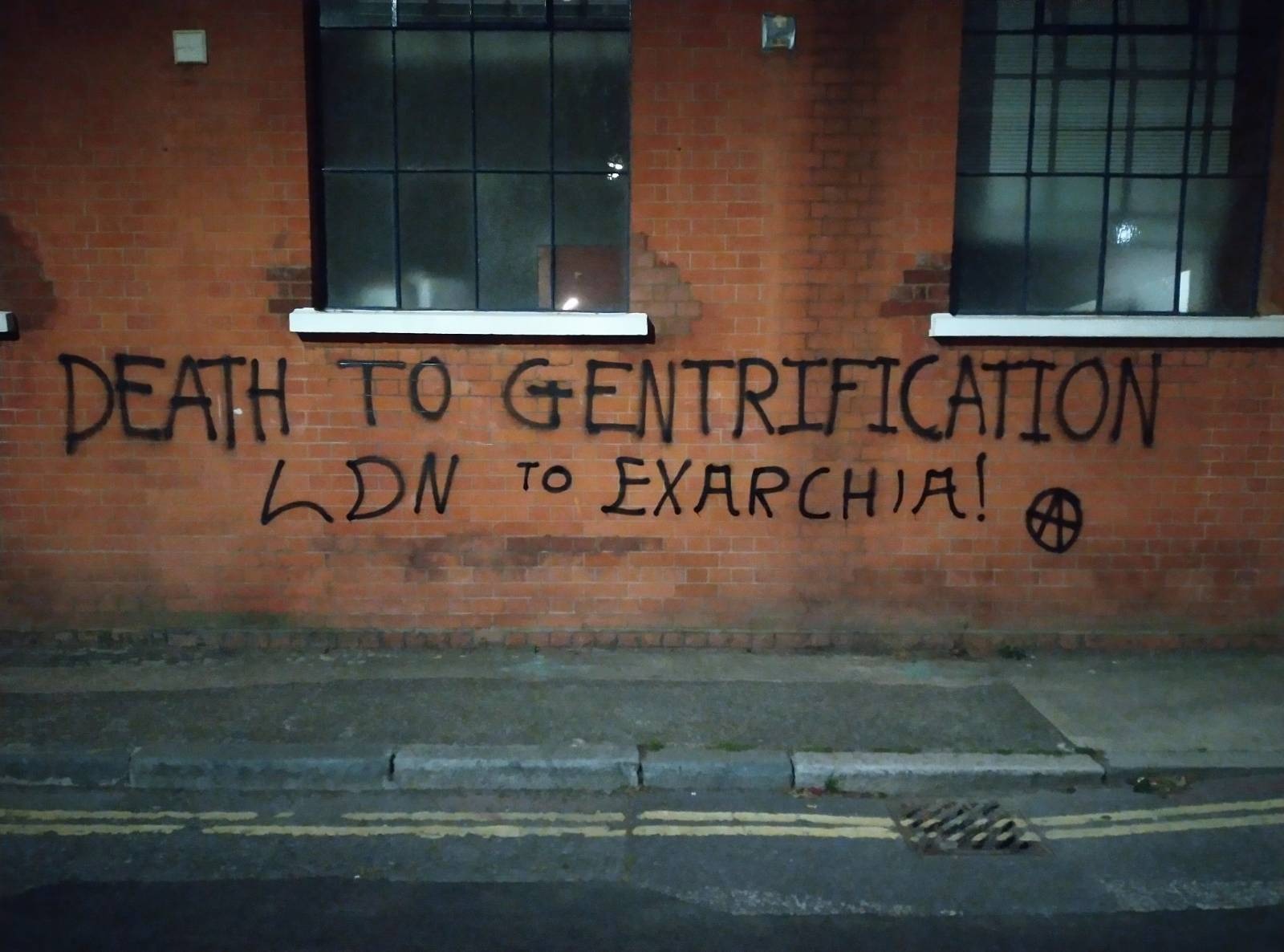 For those of us surviving in London, the birthplace of capitalism and one of the places where the process of deterritorization, gentrification and individualisation of social life has reached its furthest phase, Exarchia has served as an example of resistance and counter-attack against those same forces for many years. As we struggle to fight against the death-machine of the colonialist capitalist heteropatriarchal white-supremacist nation-state in order to carve out a small measure of free and unmediated life, Exarchia reminds us what was taken from us and inspires us to create it once again. Not through the spectacular images of riot-porn distributed for the consumption of anarcho-voyeurs from around the world, but with its refusal to allow the social relations and spaces that compose the beating heart of the neighborhood to die.

In response to this, the Greek state is trying to extinguish this flame of resistance through the deathly combination of brutal repression and cold gentrification. They seek to replace the flow of social life running through the neighborhood with the flow of dead capital, opening the way for tourists and hipsters to invade the area and push out all those that housing developers and state planners deem undesirable: the immigrants, the outcasts, the poor and homeless, the uncompromising poets and, of course, the anarchists. But the neighborhood won’t allow this social cleansing to go unchallenged. It’s fighting back.

On the 25th of June a demonstration has been organised in Exarchia, accompanied by an international call for solidarity. In London we are answering this call with graffiti going up around the city. Although this is a small symbolic gesture, we hope it will show to our friends in Exarchia that their struggle reaches every part of the world and is echoed by many voices. Even in the belly of beast, they have allies. And so, from London to Exarchia we say: Death To Gentrification!