Defra’s new study on effectiveness of the cull faces criticism 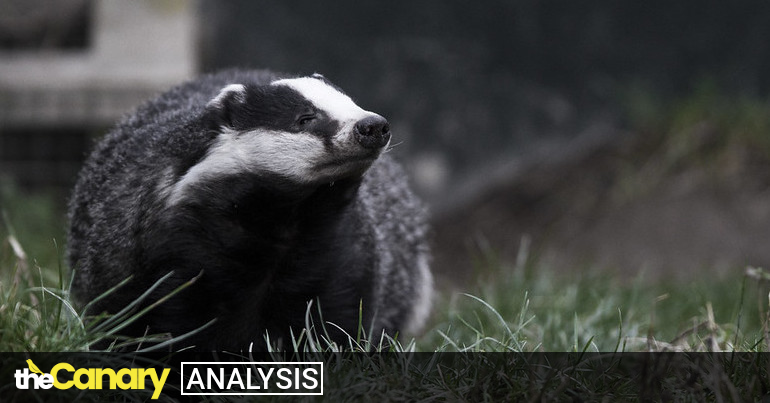 The UK government is again facing criticism over its ongoing slaughter of the country’s largest land predator. It comes after the government’s latest attempt to justify the badger cull policy.

An executive agency of the UK’s Department for Environment, Food and Rural Affairs (Defra) delivered a presentation at a conference in Canada. The agency presented findings on the badger cull’s effectiveness on bovine tuberculosis (bTB) rates in cows. But the findings appeared to contradict previous assertions by the department.

Moreover, an in-depth study on the badger cull had found that the killing was doing little to lower bTB rates. Authors of this study have characterised Defra’s latest science as a confusing and desperate attempt to justify the ongoing cull. The government is expected to announce a further round of killing in September.

Colin Birch, a statistician from Defra’s Animal and Plant Health Agency (APHA), shared the findings at the 16th International Symposium of Veterinary Epidemiology and Economics (ISVEE 16). The conference took place in Nova Scotia, Canada on 12 August. Birch’s presentation centred on an APHA study titled An analysis of the impact of badger control on bovine tuberculosis in England.

Although the study isn’t yet published, the event’s website carried an abstract and graph from it. As Vet Times reported, these showed that the research contends a reduction in bTB in cows is:

significantly associated with time after the start of badger culling

The most in-depth peer-reviewed study of the cull to date was published in the Veterinary Record journal in March. It also found a reduction in bTB in cows in areas where badger killing happened. However, it found reductions in unculled areas too.

This is because the study compared bTB in cow herds in areas that had badger killing and those that didn’t. Moreover, the pattern of bTB reductions held regardless of when areas introduced badger killing. Due to both these factors, the study concluded that the introduction of cow-focused measures, such as increased testing and movement controls, are likely driving the reduction in bTB.

This study was authored by conservation ecologist Tom Langton, veterinarian and Prion Group director Iain McGill, and Born Free’s head of policy and veterinarian Mark Jones. All three authors have consistently opposed the cull on ethical, scientific, and ecological grounds.

According to the Badger Crowd website, an audience member challenged Birch at the Canadian conference. This was over the absence of a comparison with unculled areas and the influence of cow-focused measures on bTB rates. The Badger Crowd is a “grassroots support and fundraising coalition” focused on the cull.

In their abstract, APHA researchers effectively argued that there was so much culling happening by 2019 that it left an “insufficient unaffected area” for comparison between culled and unculled sites by that point. So using modelling, they estimated effects in 42 areas subject to badger culling by 2019. This was based on:

bTB incidence rates within each area before and after culling started, and between areas that started culling in different years

Langton told The Canary that, in simple terms, this means that the APHA researchers “don’t use any data from unculled areas”.

In a rebuttal of the Langton, McGill, and Jones study, Defra itself compared data from culled and unculled areas up to 2020. The department subsequently had to issue a correction, as it had generally overinflated the levels of bTB in unculled areas in its calculations.

Nevertheless, APHA’s conclusions about there being insufficient unculled areas for comparison from 2019 appears to contradict Defra.

Moreover, the APHA graph indicated a consistent year on year reduction in bTB levels from the year culling started. But this also jars with previous assertions from Defra. In a blog in June, the department’s chief veterinary officer Christine Middlemiss wrote:

the impact of culling on cattle outbreaks takes some time to appear, typically two years

Middlemiss made this point in criticism of the Langton, McGill, and Jones paper, as it also found a drop in bTB rates in these earlier years. Critically, the paper identified such decreases in both culled and unculled areas. And it pointed to reasons other than culling for the declines in bTB rates, namely cow-based measures.

Since 2013, the government has licensed the killing of over 175,000 badgers in England, claiming that their deaths are necessary to tackle bTB in cows. The in-depth study challenges that assertion, as do surveys of bTB levels in badgers. These surveys suggest very few badgers carry the disease, let alone a version of it that they could feasibly transmit to cows.

In fact, the policy has faced consistent criticism and challenges. A recent intervention came from a number of veterinary and wildlife professionals – including the study’s authors – calling for a moratorium in an open letter.

But Defra’s current plan is to continue widespread badger killing until 2026. At that point, the government will introduce a targeted cull policy with no end date.

In response to the open letter, a Defra spokesperson insisted that its bTB strategy is working. And they said that improved cow testing and a possible vaccine are among the next steps in Defra’s long-term plan. The spokesperson added:

We have always been clear we don’t want to continue the current badger cull longer than absolutely necessary.

For Langton and Jones, however, APHA’s study indicates that Defra doesn’t plan to stop the killing anytime soon. Jones commented:

We have a Ministry desperate to justify the vast expense incurred on a policy that is full of holes and contradictions and allows trading of infected cattle to continue through markets up and down the length of England.

Langton, meanwhile, accused the department of being “stuck in their ridiculous and ill-considered scientific corner”. He called on Defra to stop the “charade” and answer calls for a moratorium on culling “until all the data can be examined independently”.

The government is expected to issue more badger cull licences in September. The Badger Crowd warns that this could result in tens of thousands more badgers dying.

APHA’s study, and the promotion of it at the Canadian conference, doesn’t inspire confidence that the government will heed calls for a moratorium and stall the coming licences.