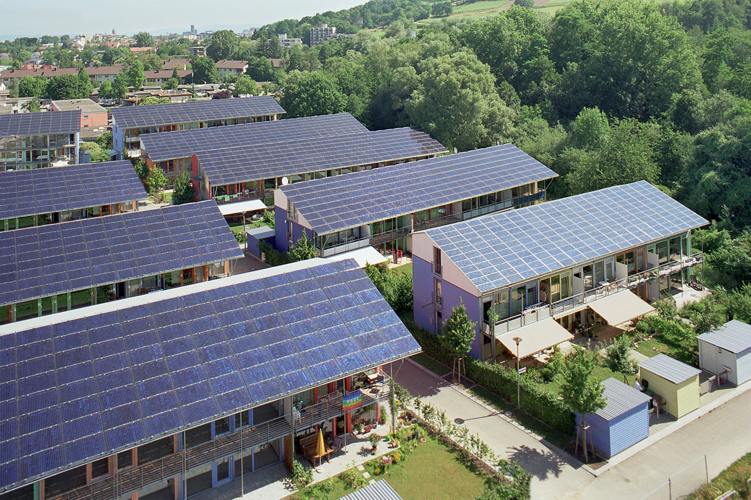 Recently in the libertarian communist circles we are connected to, much of the recent discussion of what an anti-capitalist revolution would look like has taken place as part of discussions of ‘communisation theory’.1
To our knowledge, little of this discussion has directly engaged with climate change. A definition given by Endnotes serves as a helpful point of departure for thinking about disaster communism.

Communization is a movement at the level of the totality, through which that totality is abolished. (…) The determination of an individual act as ‘communizing’ flows only from the overall movement of which it is part, not from the act itself, and it would therefore be wrong to think of the revolution in terms of the sum of already-communizing acts, as if all that was needed was a certain accumulation of such acts to a critical point. A conception of the revolution as such an accumulation is premised on a quantitative extension which is supposed to provoke a qualitative transformation. (…) In contrast to these linear conceptions of revolution, communization is the product of a qualitative shift within the dynamic of class struggle itself.

Disaster communities are typically short-lived and tend to dissipate back into capitalist normality. Unless these communities compose themselves as antagonists to the prevailing social order, and link up with other struggles, they will be isolated and dissipate (either through repression, recuperation, or simply outliving the conditions of their formation). Both the intensive aspect (overcoming of limits within a struggle) and extensive aspects (spreading and linking up) matter: no local struggle can overcome its internal limits without extension. No widespread movement will become revolutionary without a qualitative shift from an ameliorative to a transformative horizon.

This line of thinking also rules out any kind of catastrophist ‘the worse, the better’ approach: there is no reason to think disasters will lead to social transformation any more than austerity will inevitably lead to revolution. However, climate change does change the parameters for revolution. Things like rising food and energy costs, mass displacement, and water scarcity will increasingly stress the capacity of proletarians to reproduce themselves within the prevailing social relations. For example, hunger reflects distribution of income not absolute scarcity, and this will remain true even with significant climate-induced reductions in agricultural productivity, so social property relations will increasingly come into conflict with biophysical reproduction.

As Endnotes, umm, note, an activity is only communisation if it occurs at the level of the totality – that is, if it’s part of a class- and social-system-wide attack on capitalism in the form of creating communist social relations. If it’s not part of that, then activity is part of the totality of capitalist social relations and their reproduction (as we see in isolated disaster communities). The capitalist class and its governments are aware of this as well to some extent. Their responses to disasters are not only about the short-term situation but are about the long term as well.

Harry Cleaver writes in his article on the aftermath of the Mexico City earthquake that landowners and real estate speculators saw the quake as an opportunity to evict people they’d been meaning to get rid of for a long time, to tear down their quake shattered homes and put up expensive high rise condos. The Mexican working class fought back, successfully:

…thousands of tenants organized themselves and marched on the presidential palace demanding government expropriation of the damaged properties and their eventual sale to their current tenants. By taking the initiative while the government was still paralysed, they successfully forced the seizure of some 7,000 properties.

Cleaver identifies two conditions that made this possible, the history of struggle prior to the earthquake and the ways in which “the earthquake caused a breakdown in both the administrative capacities and the authority of the government.” The first is important for helping understand the conditions of emergence of disaster communities which might challenge state power or take direct action in their own interests. The second is important for helping us understand how disasters can limit the forces of the state and capital that seek to keep society capitalist.

The two moments of disaster communism

The apparent universality of disaster communities gives strong grounds to believe self-organised social reproduction will emerge wherever capitalist normality breaks down, whether that’s due to disaster or social antagonism. Contra-Endnotes, this means we are not restricted to purely negative injunctions:

What advice [communization theory] can give is primarily negative: the social forms implicated in the reproduction of the capitalist class relation will not be instruments of the revolution, since they are part of that which is to be abolished.

We disagree. We think that disaster communities offer a glimpse of what non-capitalist social reproduction can look like under abnormal conditions. Since a revolutionary movement is by definition abnormal, it would be as much of a mistake to dismiss disaster communities as to claim them as sufficient in themselves. This does not mean a simple quantitative accumulation of disasters adds up to communism – only that there are glimpses of non-capitalist social relations in disaster communities. Indeed, it would be impossible to account for disaster communities degenerating back into capitalist normality if they hadn’t at some point operated on at least a partly different logic to that of value and capital accumulation. We argue this is a communist logic of self-organised production and distribution for human needs, without state or market mediation.

The mistake Endnotes make is to take the totalising tendencies of capitalism for an already-totalised capitalism (for example: “What we are is, at the deepest level, constituted by this [class] relation”).2
We would surely hope that any revolution would see each of these seven aspects transformed: some abolished and/or replaced with altogether new social forms, others reorganised and reconfigured, as well as the emergence of novel ideas, forms, technologies and so on.

If we take seriously Murray Bookchin’s dictum that “we must escape from the debris with whatever booty we can rescue (…) the ruins themselves are mines”, then we are not restricted to apophatic communism. Of course, we cannot fully specify in advance ‘what is to be done’, nor would we wish to. That has to be worked out by the participants in the movement as it develops. But that doesn’t mean we can’t identify some of the constraints, the possibilities, and the latent potentials which are unable to be realised under capitalist social relations.

We wouldn’t be going far out on a limb in saying that distributed renewable energy generation is more compatible with a libertarian communist society than centralised fossil fuel energy generation. That doesn’t mean it’s ‘inherently’ communist or necessarily prefigures communism – the solar panels appearing on rooftops around our cities show otherwise. Similarly, in the case of agriculture, there are biophysical parameters which constrain the possible (such as the carbon, nitrogen, and water cycles). We cannot say definitively what the communisation of agriculture would look like, but we can identify at least some of the constraints and possibilities, and even speculate as to how these might play out.

Disaster communities are informative in this regard – both in showing how present-at-hand technologies, knowledges, and infrastructure can be rapidly repurposed to meet human needs, and in how these emergent innovations can dissipate and be reabsorbed into capitalist normality.3
We could go further still, and insist on the need to rediscover a concrete utopianism. Increasingly, it is capital which relies on abstract utopia – for instance building new ‘clean’ coal power plants with vast empty halls for carbon capture technology that doesn’t exist. By contrast, a concrete utopianism looks to the already-present possibilities which are frustrated by the prevailing social relations.4

Labour-saving technology is everywhere but is experienced as speed-ups and unemployment. Industrial ecology is largely limited to a corporate social responsibility gimmick in a world ruled by value. Collaborative, self-organising, and co-operative forms of production are pioneered but often experienced as self-managed, precarious exploitation. Viable, sustainable, and low throughput agricultural practices exist but are marginalised in the energy-hungry world market. Biophilic cities and regenerative design are largely restricted to isolated demonstration projects or gentrifying urban spaces for the well-off, their potential constrained by class relations.

With Endnotes, we can say ‘the determination of these potentials as ‘communising’ flows only from the overall movement of which they are a part, not from the things themselves’.5
Against Endnotes, we can insist this gives at least some positive content to disaster communism, even if only as a broad outline of incipient, inchoate, yet concrete utopian potentials.

Marxism and State Communism: the Withering Away of the State – Groepen van Internationale Communisten (GIC)

Black Consciousness 1977-1987: The dialectics of liberation in South Africa