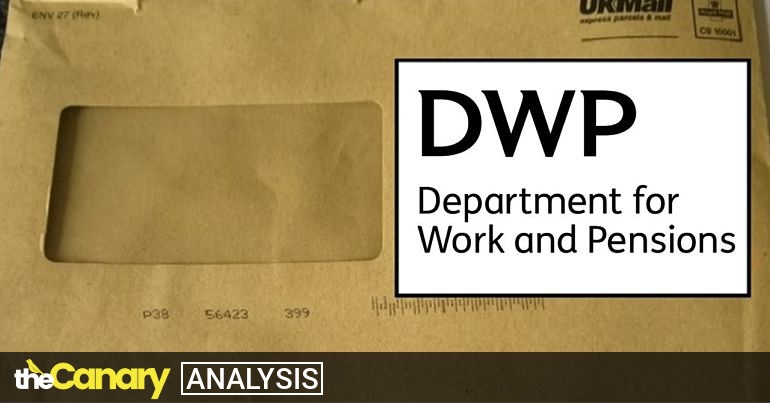 The Department for Work and Pensions (DWP) has revealed that it’s stripping 400,000 people of their social security entitlements. It’s also admitted that some 900,000 people are going to be even worse off than they are now – on top of £10bn of cuts to claimants’ money. At the centre of the DWP’s latest scandal is Universal Credit and its plans to force claimants onto the benefit.

The DWP is starting the process of forcing people onto Universal Credit. This will be for claimants who are currently on so-called “legacy benefits”, such as Employment and Support Allowance (ESA). The DWP calls this “managed migration”. It was originally supposed to start this in 2019. However, after the chaos with Universal Credit, the DWP delayed the rollout of managed migration – before saying on Monday 25 April that it’s going to restart it.

The DWP has released a document laying out how managed migration will work. It states on its website that it will move all claimants:

over to Universal Credit by the end of 2024.

Claimants can volunteer to move to Universal Credit. However, the DWP noted that it will start managed (forced) migration:

on 9 May and will be carefully managed.

Overall, the full document shows that managed migration will be disastrous for many people.

The headline figures from the DWP’s document show that under managed migration:

The DWP has also revealed that Universal Credit barely makes a difference to getting people into work. It said that after nine months on Universal Credit, the employment rate was just two percentage points higher than under Jobseeker’s Allowance (JSA).

Transitional protections are part of managed migration. The DWP had to put these in place because people would be worse off under Universal Credit. For example, it took two claimants numerous legal challenges to finally get the DWP to admit that severely disabled people would be worse off under the new system. It has now put in place these transitional protections. The DWP will give claimants money to make up for the shortfall of moving to Universal Credit.

Yet despite these transitional protections, some people will once again be worse off anyway.

The DWP will not be increasing transitional protection payments. Instead, they will stay the same while Universal Credit increases every April with inflation. Essentially, the DWP will be cutting up to 900,000 people’s money each year until it overtakes its value with the transition payments included. Of course, the DWP doesn’t call this a cut. It says:

The transitional protection element will erode over time with increases in UC.

Moreover, the department is making a further cut. Once the DWP stops transition payments, it’s only taking claimants back to the level of payment they were on under legacy benefits years earlier. This won’t account for increases in inflation. As such, the DWP will actually be making a real-terms cut.

Plus, the DWP’s draft legislation for managed migration has a further cut within it. Disabled activist Gail Ward found it, and Disability News Service (DNS) reported the story. The DWP will put some sick and disabled people it moves to Universal Credit from legacy benefits like ESA into the Limited Capability for Work group. It will give them transitional protection payments. But if these people’s health conditions or disabilities worsen they may move into the higher-paid Limited Capability for Work and Work-Related Activity group. Then, the DWP will cut their transitional protection payments by the extra amount they get for being in the new group. Ward said the cut was “absolutely a disgrace”.

The process of managed migration has been fraught with chaos.

After delays, the DWP did a trial of the process which started in 2019, in Harrogate. However, the DWP halted the pilot in early 2020 due to the coronavirus (COVID-19) pandemic. By this time, it had only moved 13 households onto Universal Credit from a cohort of 10,000. Fast-forward to January 2022 and the DWP was refusing to answer Freedom of Information (FOI) requests about the details of the Harrogate pilot. It said that it would restart the pilot in April 2022.

Now, it will start managed migration without even finishing the Harrogate pilot. This is in direct contradiction of its own position when it launched the pilot. Former DWP minister Alok Sharma said in 2019:

The Government will report on our findings from the pilot before bringing forward legislation to extend managed migration.

Still, it’s pushing ahead with it anyway.

Over five million people are already supported by Universal Credit. It is a dynamic system which adjusts as people earn more or indeed less, and simplifies our safety net for those who cannot work. Parliament voted to end the complex web of six legacy benefits in 2012, and as this work approaches its conclusion we are fully transitioning to a modern benefit, suited to the 21st century.

Yet countless people and organisations have repeatedly warned about managed migration. As DNS reported, documents the DWP released under FOIs revealed that charities and campaign groups told it that managed migration would see claimants:

fall between the cracks and suffer hardship.

Clearly, the DWP ignored these warnings. Now, the true effects of managed migration are clear. It’s cutting the social security of hundreds of thousands of people with little evidence to guide its actions. In the middle of a class war (framed as a cost of living crisis), this further attack by the DWP will push countless people who are already struggling further over the edge. There needs to be an immediate and sustained campaign to stop the DWP rolling out managed migration – before more people suffer.

Featured image via The Canary and Wikimedia