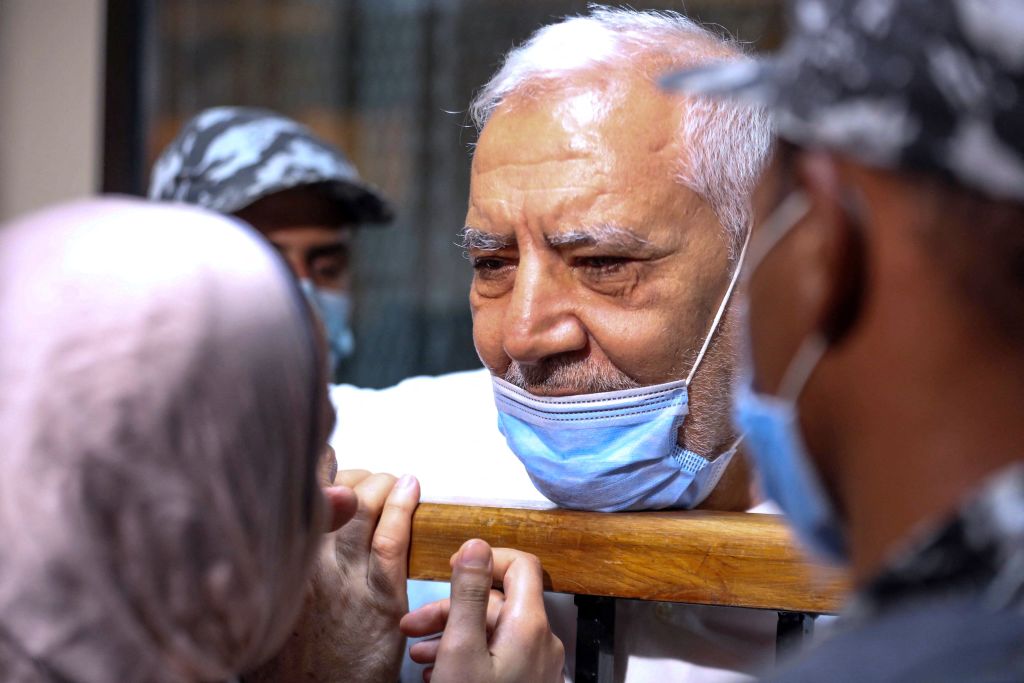 The fate of thousands of arbitrarily detained men and women should not rest in the hands of Egypt’s security agencies, namely the National Security Agency and General Intelligence, Amnesty International said today following the release of four prisoners held for political reasons, based on recommendations by the recently re-activated Presidential Pardons Committee.

Over the last three days, the Egyptian public prosecution ordered the release of Abdelrahman Tarek (known as Moka), Kholoud Saeed and nine others, who had been arbitrarily detained from as early as 2018, following a statement from the Presidential Pardons Committee earlier this month that they submitted a list of over “1000 political prisoners” to security agencies for review.

“We welcome the long overdue release of those detained solely for exercising their human rights — and the promise to free more. Yet thousands of opponents and critics continue to languish in Egyptian jails, while fresh arrests and prosecutions continue unabated,” said Amna Guellali, Amnesty International’s Deputy Director for the Middle East and North Africa.

“Previous promises to release prisoners held for political reasons amounted to little more than disingenuous attempts to deflect international criticism of Egypt’s abysmal human rights record. To prove they are committed now, the Egyptian authorities must immediately and unconditionally release anyone detained solely for exercising their human rights, including politicians, journalists, lawyers and human rights defenders.”

Amnesty International is calling on the authorities to adopt a rights-based approach and to end mass arbitrary detentions in line with their obligations under international human rights law and demands by independent Egyptian human rights groups.

On 5 May, following the re-activation of the Presidential Pardons Committee by President Abdel Fattah al-Sisi, eight Egyptian human rights NGOs called on the authorities to publicly clarify the criteria and timeline used to review prisoners’ files.

The groups expressed concern that prisoners of conscience and others held for political reasons could be excluded on discriminatory grounds, with security agencies in control of the decision-making process for releases.

In a statement released on 9 May, Tarek al-Kholi, a member of the Presidential Pardons Committee and an MP, said that “members of terrorist groups” or those involved in violence would be excluded from pardons. This admission is highly alarming, considering the fact that thousands of individuals have been held in prolonged-pretrial detention in Egypt following baseless accusations of “membership in a terrorist group”. Among them is Youssef Mansour, a human rights lawyer, arbitrarily detained since 24 March 2022, pending investigations into “membership in a terrorist group”, solely due to his critical social media posts.

Thousands of others have been imprisoned on violence-related charges following grossly unfair, mass trials by emergency or military courts. On 29 May, an emergency court sentenced 25 political opponents, including politician Mohamed al-Kassas and former presidential candidate Abdel Moneim Aboul Fotouh to 10 and 15 years in prison respectively for trumped-up terrorism-related charges and spreading false news.

Security forces should play no role in reviews

On 6 May, Tarek al-Kholi confirmed that requests for release received by the Presidential Pardons Committee would be sent to security forces for review. Yet security forces, including the National Security Agency (NSA), should not be granted any authority over releases, as they have repeatedly barred the release of prisoners held for political reasons and targeted individuals affiliated to the Muslim Brotherhood and other high-profile activists, who played a prominent role in the 25 January Revolution, for particularly punitive and discriminatory treatment in prison. Since December 2014, Anas al-Beltagy, son of imprisoned Muslim Brotherhood figure Mohamed al-Beltagy, has remained in prison despite being acquitted by courts in four separate trials. Each time a judge ordered his release, the NSA has barred it.

According to an article by independent news site Mada Masr, which is blocked in Egypt, a source close to the committee who asked to remain anonymous said security agencies will not allow the release of prominent activist Alaa Abdel-Fattah, a dual Egyptian-British national on a hunger strike for 60 days, who has been unjustly jailed since September 2019, or activist Ahmed Douma, who was sentenced to 15 years’ in prison in a grossly unfair trial over his participation in anti-government protests.

The releases of those held solely for exercising their human rights must also be unconditional. Amnesty International has learned that several of those released in April were warned by the NSA not to engage in any activism, or else face re-arrest. At least two were instructed to report weekly to the NSA for “monitoring”.

The Egyptian authorities must also immediately instruct security forces and prosecutors to stop arbitrarily arresting and detaining critics. Since April 2022, authorities have arrested three journalists Mohamed Fawzi, Hala Fahmy and Safaa al-Korbagi and detained them for sharing posts on social media deemed critical by the authorities, on accusations of “membership in a terrorist group” and/or “spreading false news”.

“To ensure meaningful progress on the scourge of mass arbitrary detention in Egypt, sustained joint action is needed by the international community to privately and publicly press on the Egyptian authorities to release all those arbitrary detained in Egypt regardless of their political affiliation, and to put an end to the crackdown on peaceful dissent,” said Amna Guellali.

On 26 April 2022, during an “Iftar” attended by some opposition figures, President Abdelfattah al-Sisi called for the reactivation of the Presidential Pardons Committee to re-examine individuals detained for political reasons or for failure to pay debts. The move followed the release on the occasion of Eid al-Fitr of around 30 men and women held for political reasons. The committee is composed of two MPs, a former minister and two independents.

The Egyptian authorities have arrested tens of thousands of men and women since the military ousted former president Mohamed Morsi in July 2013, many of whom remain unjustly imprisoned in conditions that violate the absolute prohibition of torture and other ill-treatment.