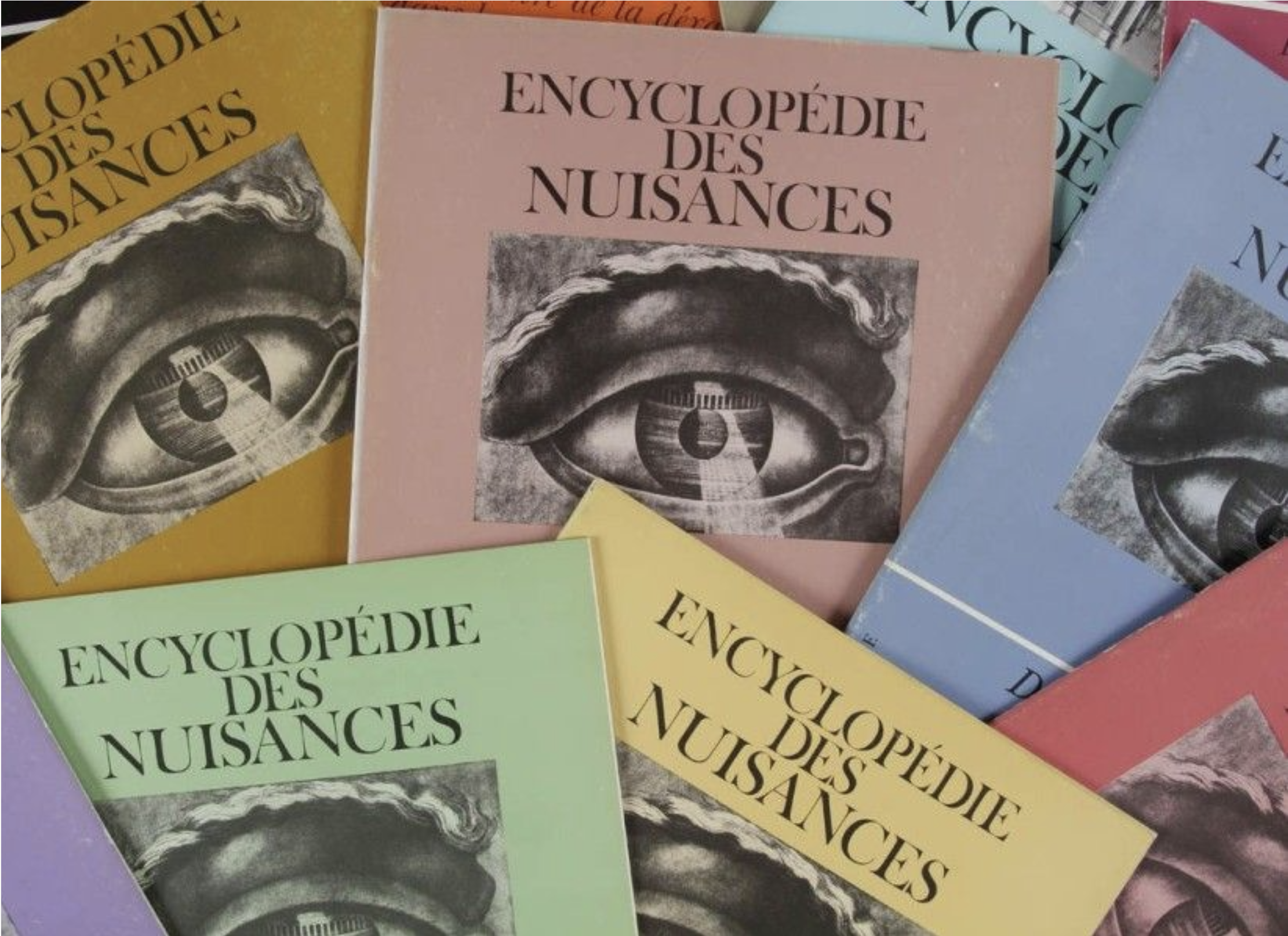 Founded in 1984 by Jaime Semprun and the ex-situationist Christian Sebastiani, L’Encyclopedie des Nuisances (The Encyclopedia of Nuisances) was both a group and the name of this group’s journal.

The group itself explained the reasons for these formations:

“In 1984, the assassination of Gerard Lebovici, publisher of George Orwell, among others, and the campaign, launched on this occasion, by paid informers against Guy Debord, show that the liquidation of social critique is the order of the day and that such critique eventually passes to its few declared partisans.”

Because of its reactive posture, The Encyclopedia of Nuisances was criticized as a form of “situationism” by several para-situationists, including Jean-Pierre Baudet, Jean-Francois Martos and Pascal Dumontier, and by Guy Debord himself, who nevertheless contributed three essays before breaking off relations. The last issue of the journal (#15) was published in April 1992.

An online archive of the original French editions can be found here: http://archivesautonomies.org/spip.php?article1792

The conquest of bread – Peter Kropotkin