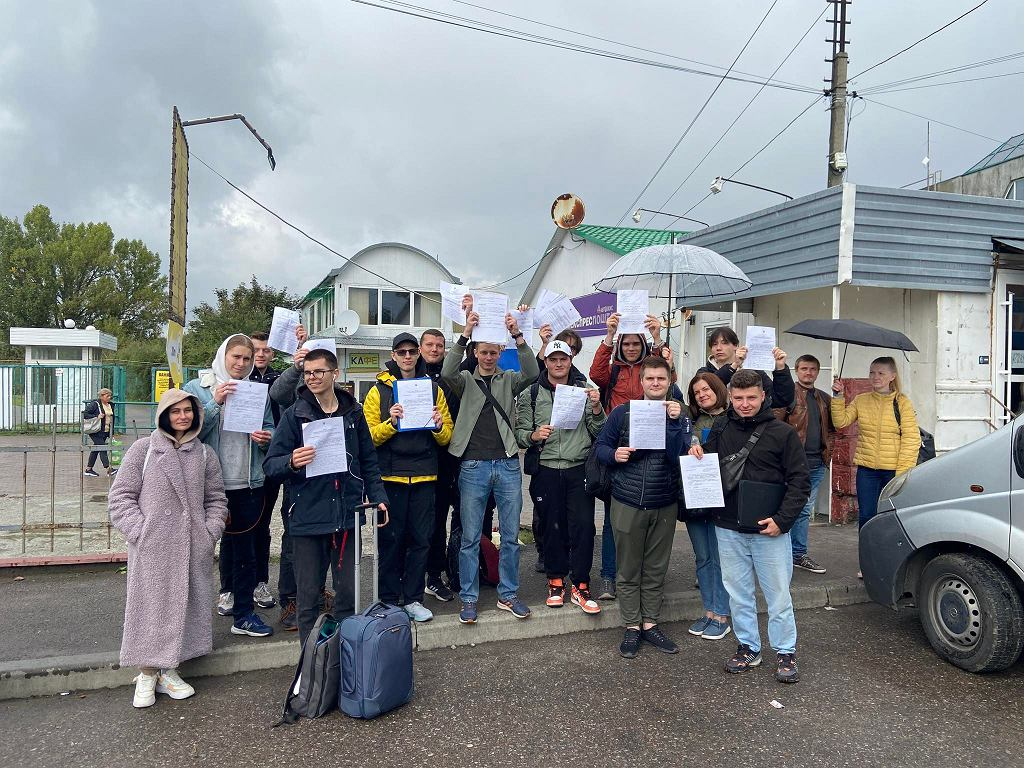 Ukrainians are starting to protest against the violation of their labor rights in Poland. This month, a strike took place at the factory of Christmas decorations in the Polish town of Gliwice. According to 18-year-old Roman employed there, Ukrainian workers have long been indignant that the employer is deducting money from them for a lunch break (with a billing of 15.5 zł per hour for the entire working day, the funds were deducted for a half-hour lunch break), while for Polish workers such sanctions were not applied.

At first glance, the amounts are symbolic – Ukrainian workers lost only about 8 zł a day (which is less than 2 euros). But, says Roman, people were outraged by the administration’s discriminatory approach. Therefore, Ukrainians refused to work for two days: “Just now, a wave of orders has begun, the enterprise is working at full capacity, there are a lot of our hard workers there. Therefore, the management gave up and issued an order on the full repayment of the working day, including the break.” At the same time, according to him, working conditions at local enterprises are not easy.

“There are shifts of 12 and even 15 hours, many night shifts. Everything is paid at the same rate – 15-16 zł per hour. For a day it is 160 zł or a little more than 30 euros. About 600 euros per month, if you work with two days off. Many, in order to earn more, are ready to plow for 15 hours, and on weekends they fill their hours.” Difficult terms and unfair payment increasingly provoke conflict situations with bosses. Often the case ends in strikes.

Roman only recently in Poland. On the eve of his 18th birthday, while he was still “exiting”, he went to Poland to work. “I chose Gliwice a long time ago. A lot of our people work there – at different factories. Some enterprises are connected by their owners. Therefore, initially we went with my mother to a plastic products factory, she was placed there. And the owner found a place for me at the Christmas tree decorations factory. At the same time, the administration helped us to obtain PESEL, write applications for help. They have it on stream – there are a lot of Ukrainian workers, and they are constantly recruiting new ones.”

According to Roman, the employer provided him and his mother with a room in a hostel, for which they have to pay 300 zł per month. Conditions are modest (kitchen and bathroom on the floor, old furniture), but they can live. For job at the Christmas tree decorations factory: 15.5 zł per hour (about 3.3 euros). Roman’s mother was offered less at the plastic products factory – 15 zł per hour. At the same time, there are night shifts for which they pay at the usual rate. People have to work 10 hours a day. But many choose 15-hour shifts to get more money: “If you work less, you won’t earn much – for bread and water.”

SEE ALSO. Do the Ukrainian proletarians want to fight and how do they leave the country bypassing the closed borders? The testimonies of mobilization evaders.

Many Ukrainian refugees complain about difficult working conditions and low wages. Which even decreased after the flow of our countrymen poured into the country. “They generally offer 8 zł an hour for washing windows, although they used to pay 12 zł”, resents Tatyana, a resident of the Kyiv region, now lives near Poznan. There are also higher rates, but, as a rule, for skilled workers.

The first protest against the ban on the exit of men from Ukraine took place on September 21 at the Shegyni checkpoint to Poland in Lviv region. Several dozen students of the European universities were refused by the Ukrainian border guards: even in August it was difficult to leave because of the large number of people escaping from mobilization in this way and a whole black market has grown on them. From September 14, the exit for those who study abroad was closed for everyone, even those who entered before the war and came to visit their relatives in the summer, believing the authorities that there would be no obstacles. Students are going to repeat such actions. One of them admitted that he had stormed the checkpoint for the 8th time…

For example, Ukrainian miners are invited to the mining industry for 6,000 zł per month ($1,270) plus bonuses, mechanics at a car factory are offered up to 30 zł per hour, etc. However for people without special qualifications and knowledge of the language, salary offers are very modest.

“You live just like cattle – you only have a bed in a room for four, and you don’t get here often. You plowed the day, spent the night, and went back to work. You only have enough money to survive. Many people don’t think about moving to a rented apartment dream – you have to pay at least 300 euros a month,” tells Galina works at a factory near Wroclaw.

SEE ALSO. The Naked King. How the richest man in Kharkiv and one of the 10 richest Ukrainians lost more than half of his fortune during the invasion.

In addition, Ukrainian migrants complain that in some enterprises they are paid less than Poles in similar vacancies. “They can also put work more often on night shifts, on weekends, which, of course, few people like,” Roman confirmed. Until recently, people endured.

It is interesting that not so long ago there was also a strike at the local Opel plant – of the entire labor collective. They protested against harsh working conditions and low wages. At the same time, as says some Olga, it is especially difficult for Ukrainians to work there: “All the easy processes are already taken up by the Poles. I went to work for one day, and that’s all I had. And when there was a strike, the leadership told the protesters: if you don’t want to work under such conditions, a Ukrainian will come and work.” For this reason, Polish workers often regard Ukrainians as strikebreakers.

Moreover, over the past 7 months, when a flood of Ukrainian refugees poured into Poland, Polish employers worsened working conditions even more, believing that our countrymen would work on any conditions, since they have no way out.

But Ukrainians have already learned the language and are beginning to defend their interests. “At our plant, where there are several dozen Ukrainians, up to about a third of the team, people were indignant at the fact that they were charged money for a lunch break – there is only half an hour a day, in money it is less than 8 zł, a pittance. But nothing from the Polish workers They didn’t calculate what ours considered discrimination. Once they told the management, twice. And then the idea simply appeared not to go to work. We decided that everyone would not be fired. And it worked. Two days later, a runner from the employer came, said, come back, they will no longer calculate I think the reason is that a lot of orders have gone in now, and it’s unlikely to be able to quickly recruit new workers. Therefore, we made concessions,” explains Roman.

From other hand, workers say that in fact there are many examples of unsuccessful strikes: people start to resent, and they are simply thrown out the door. “In fact, they are often fired if you start to resent. They say: people like you – there is a queue. Therefore, people are afraid to speak openly against the employer. The issue of creating mini-trade unions or some kind of initiative groups of Ukrainians at Polish factories is already ripe,” says Lilia from Kiev now lives in Warsaw. 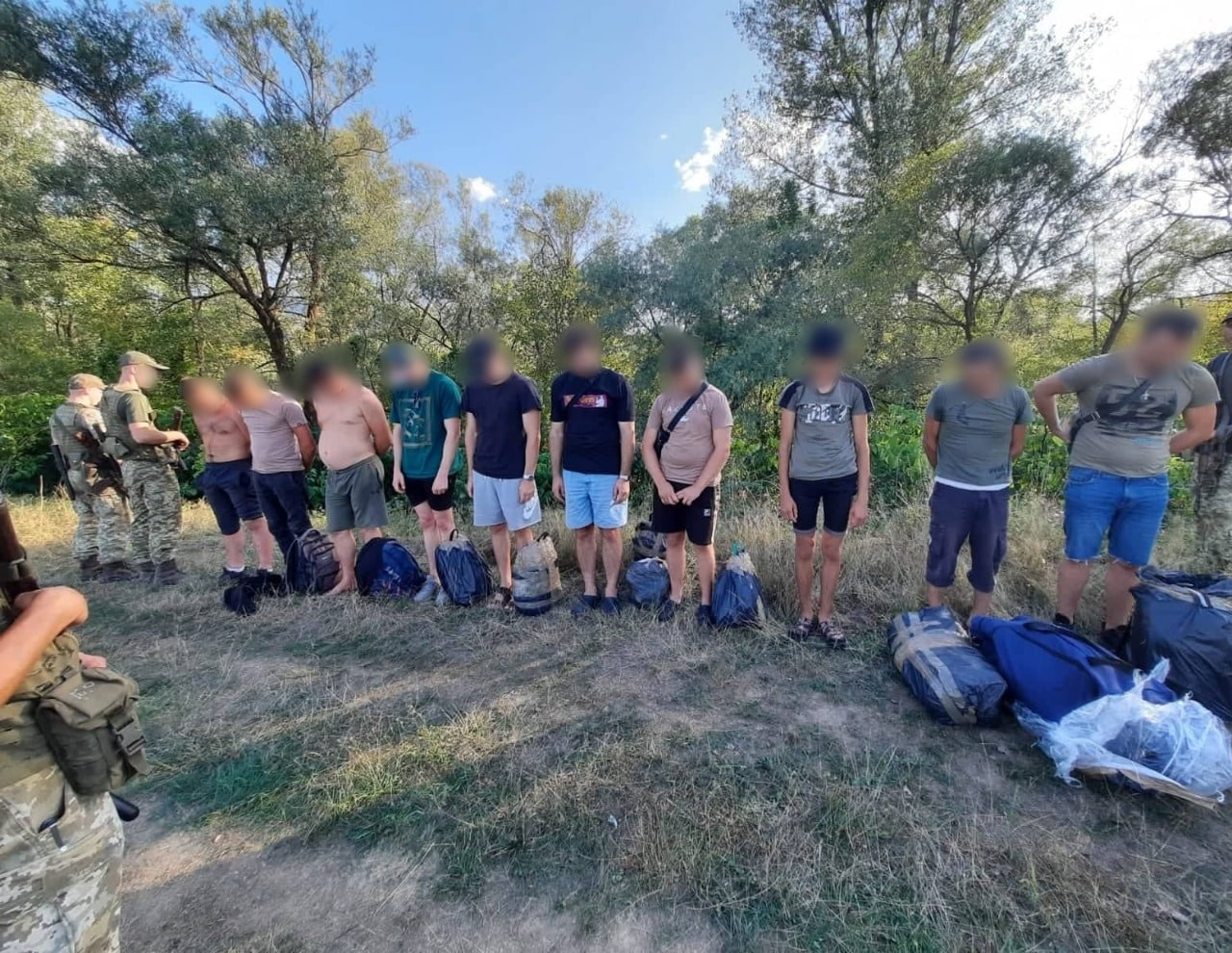 The Polish trade unions confirm the growing problem of labor exploitation of Ukrainians. “Some employers and recruitment agencies see 2 million Ukrainian refugees as cheap labor and use the war and the migration crisis against those migrants who have been working for them for a long time,” says Ignacy Jóźwiak, an expert at the Centre of Migration Research and a member of the trade union Workers’ Initiative (Inicjatywa Pracownicza). He continues:

“Violation of the labor rights of migrants – in general, not only during war – is largely due to the problem of the temporary nature of their status. To work, they need visas and other documents, and their residence permit often depends on employment, and employment depends on the availability of place of residence. This opens up ample opportunities for abuse and leaves workers with limited freedom of maneuver. And this makes it difficult to become attached to one place, establish deeper social relations and fight for their rights. We are talking about precarious forms of employment: contracts for specific work, job without papers (despite valid residence documents). Employers regularly hire Ukrainians for the minimum wage under a verbal agreement, and promise to transfer the rest of the remuneration “in an envelope”, in cash. And as a result, they don’t pay the promised remuneration, requiring at the same time to work beyond the statutory 8 hours. Sometimes it’s 10, 12 hours a day or more. We already see that rental prices in Poland are rising. Refugees from Ukraine should have housing and be able to earn rent. This is a problem that will only get worse. It happens that the rates offered, for example, for work in the care of the elderly and cleaning, are lower than those offered in February this year, before the start of the flow of refugees from Ukraine.”

It should be noted that the Intersectoral Trade Union of Ukrainian Workers is already operating in Poland. But it is still quite small, although the activists cooperate with Polish trade unions and work, in particular, on the problem of low wages for women. The recruitment agency Gremi Personal claims that most of the female Ukrainian refugees found job in Poland during the invasion came there from the frontline territories: Dnepropetrovsk, Zaporozhye, Kharkov, Donetsk and Kherson regions in descending order.

Thus, life confirms what we said in that interview a few weeks ago: a strike organizing in a peaceful country is much easier than in a warring. The current relocation of enterprises from East to West of Ukraine and the related process of the working class concentration can strengthen the labor struggle there too. Nonetheless, the arrival of new Ukrainian workers in the EU is beneficial not only to European capitalists, but also opens up more possibilities for the local revolutionary movements. That’s why exit from Ukraine must be free for everyone as soon as possible!

Some info is taken from Trending News Buzzer

Afterwards, you are welcome to look at this survey on a wave of socioeconomic protests going in Ukraine from both sides of the front line.

And besides, we recommend you to appreciate such a story of capitalist cunning – how a Moscow-based design agency Genpro is looking for remote workers in Ukraine to pay wages five times less, and later, probably, also join the rebuilding of destroyed cities.

Intakes: The Arab spring in the autumn of capital