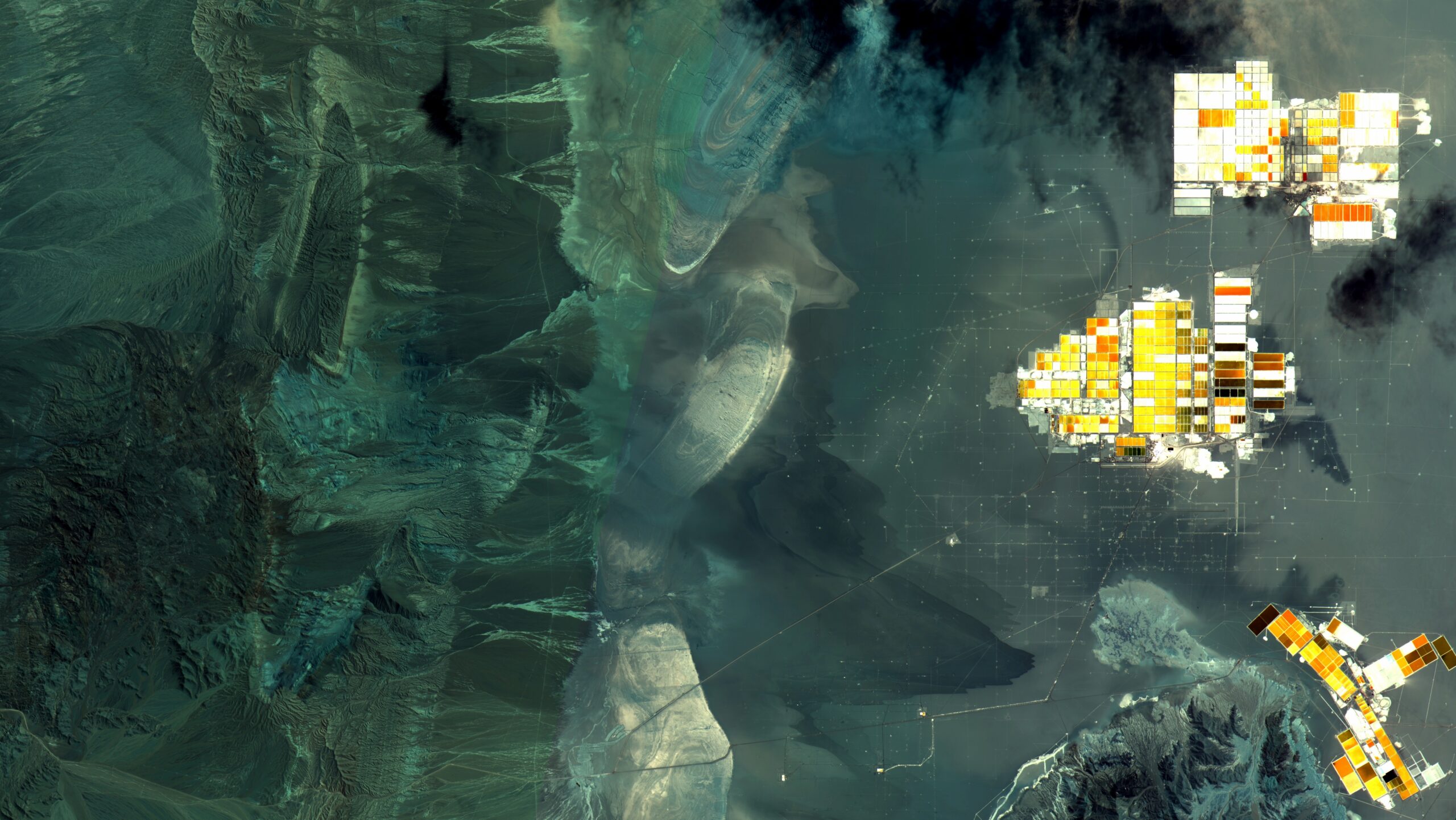 The following essays were written between 2015 and 2019 by the Out of the Woods collective. Though these thoughts are products of the movements and struggles our transoceanic research collective was engaging at these moments, we hope that they continue to have some relevance for friends around the world today.

Since this time period, the planetary disasters of capitalism continue to become all the more apparent, with the global COVID-19 pandemic a novel expression of ecological devastation. The pandemic has resulted in a scramble by state and capital to re-tool global regimes of accumulation. With the service economy on pause, the wealthy of the world turned their desires to material goods. The combination of this surge in demand and COVID-19’s ongoing disruption of global supply chains, has pushed global inflation to levels reminiscent of the 1970s. That signal crisis moment saw the arrival of neoliberal economic hegemony on the world stage, fresh from its brutal debut in Chile under Pinochet. This new hegemony spelled devastation for the indebted countries of the global south. The following reorganization of the institutional capacities of the Third World, imposed by the International Monetary Fund and World Bank, can only be described as Neocolonialism In 2022, this same panic button is no longer available as an outlet for capital searching for a rate of profit commensurate with its desires.

Russia’s ongoing war on Ukraine is exposing similar cracks in the transnationally integrated fossil energy market. Germany and Britainin particular, heavily dependent on Russian gas, now face astronomical gas prices in order to keep their sanctions on Russia in place. The choice of the British government to pursue sanctions without providing direct financial aid to the working class has forced far more dire choices on proletarians – either heat without food or food without heat. The proliferation of ‘warm banks’ alongside ‘food banks’ in Britain speaks to a political choice to make the poor pay for the war against Putin’s regime, a regime with a deep mutualistic relationship with the establishment and the British elite. Unsurprisingly, the law firms, political parties and financial institutions who long laundered money and reputations for autocrats and oligarchs, are not paying for the war being waged by their former clients. Perhaps the most profound cost of the war, however, outside of Ukraine itself, has been borne by those dependent on Ukrainian or Russian grain. Sudan and Lebanon, for example, rely on Russia and Ukraine for 90% of their wheat (OECD 2022). In these countries, the war on Ukraine has combined with ecological destruction, forced migration and political conflict to further punish the poorest and most vulnerable.

Meanwhile, against this nightmarish backdrop, the military industrial complex of the United States is experiencing a golden age. The most expensive and elaborate products of the US war machine are now existential necessities for the Ukrainian state, placing the U.S. and its industry in a position of extraordinary power. At the same time, the U.S. has been able to insulate itself from the energy crisis by exploiting its national fossil fuel economy, even supplying Europe with fresh liquid natural gas (LNG) fracked from stolen and piped across colonized territory. Though there are feeble gestures towards using this crisis as an opportunity for energy transition, states have instead deepened their reliance on fossil fuel, military-industrial complexes, and the forms of colonialism and imperialism that sustain and are sustained by both.

There is nothing for the state and capital to do in such a rolling crisis but to develop new forms of collaboration to try to unfetter natural resource extraction across national territories. The form that this increasingly takes is newly farcical “development zones” such as those in southern Mexico in which green energy is combined with border security and technological innovation, all imposed over the territory of the earth and any peoples who had inhabited it (Liaisons 2022, 91-93). Such infrastructure projects are standardized and shared across transoceanic space by new collaborative state forms, such as the Asia-Pacific Economic Cooperation or the Alianza del Pacifico (Arbodela 2020, 124-25), with a particular eye towards collaboration with China. For now, such “megaprojects” and new collaborative efforts are merely attempts to replay the accumulation strategies of the 1980s, with hoped-for profits that will arrive from the scale and synthesis of the variety of technologies deployed. The purported leftist leaders of Latin American states can do nothing but bow to the financial power promised by these transnational extractive industries.

The near-term probability, however, is that one last push will be made with these models of accumulation to transition to a green capitalist economy. This will likely require an active role for the U.S. and E.U. states: both injecting massive amounts of capital themselves into green infrastructure, and backing this purportedly harmonious vision with the fist of police and military power. In their financial prudeness, however, they will constantly be forced to seek “help” from the Global South. This is less because of the strategic location of this-or-that mineral such as cobalt or lithium. The United States, after all, has its own lithium reserves. Rather, it is that manufacturing and resource extraction remains for the time being both cheaper and politically easier to accomplish outside their borders. Assembling a wind turbine is easier to do in Vietnam than the U.K., as James Meek (2021) describes in communication with workers:

“CS Wind will take unskilled workers and teach them how to weld. ‘You’re a low-skilled worker,’ one said. ‘You can’t ask for much.’ ‘No place treats you as well,’ said Thang, a former worker there, now a private contractor making the equivalent of $700 a month from the company. ‘Lots of workers are trained in Vietnam and sent to Canada, Taiwan and Malaysia, because they’re cheap and rarely say no to hardship … It’s better to be a servant to the smart than master of the fool.’”

For these reasons, we do not waste much breath speaking about so-called “Green New Deals” – themselves already dead on arrival with no chance of implementation by the uninterested oil-soaked politicians anyway. Within the parameters of the capitalist system, such policies could only reshuffle the deck of cards.

The other option presented in these texts is represented by a loose-knit organization calling itself Extinction Rebellion (XR). Aspirationally transnational, XR emerged first in the U.K. as a street theater, protest, and direct action movement. Though XR proclaimed to uphold a kind of generic “radicalism,” it in fact situated its “rebellion” within a rather safe, pro-police, post-political orientation. Though the particular sordid histories of the “leaders” of XR are worth understanding, we think more generally it is a reminder for all of us to be clear about names and demands of any emergent anti-capitalist mobilization. Less than a risk of “co-optation,” we are here signaling the need to be wary of movements who redirect “radical” energies back into the comforts of liberal democracy, locating the power in leaders and politicians rather than building it in and for ourselves and each other.

The cracks in the system are ever-more apparent. The pandemic ushered in a plethora of creative responses of survival and flourishing around the world, popularizing mutual aid well beyond esoteric anarchist circles (Sitrin and Colectiva Sembrar 2020). Through these emergent forms of organization will begin to form the base of any communist response to ecological crisis that could emerge in future years. But this is not an automatic process, as if the foundation was all that was needed for the rest of the house to be built. It has become clear that mutual aid efforts run a variety of risks that can steer them astray. For one, many mutual aid efforts around the world are little more than survival strategies directed by basic volunteerism. The collective Chuang has argued that this is the character of so-called mutual aid groups which emerged in China after the pandemic. These apolitical volunteer groups filled in the gaps of state incapacity, which the state later claimed as its own power. In the United States, our experience has shown that some mutual aid groups start with radical aspirations, but eventually fall into depoliticized and reformist pathways of simple charity. Other actions have been inspiring, but exhausting themselves in a short period of time. Scale and interconnectivity present problems as well.

If communism could emerge from “disaster communities,” such social arrangements would have to be able to foster and sustain antagonism over a longer period of time. One option theorized by the collective CounterPower is the creation of radical cadres within broader organizations which can steer them towards revolutionary autonomy. They draw on the organizational actions undertaken by the Federación Anarquista Ibérica (FAI) in 1930s Spain and the Movimiento de Izquierda Revolucionaria (MIR) in Chile (CounterPower 2020, 166-171). These are not understood so much as models to be emulated, but traditions to be resurrected–the organized political element that can agitate within a broader milieu. What CounterPower learn from them is that self-organization can be both diffuse and united across space, building power through neighborhood assemblies, workers’ councils, popular defense groups, and mutual aid alike. Political study was crucial to these efforts, thus helping to spread a revolutionary ideology in a means that builds mass power and autonomy rather than diminishes it, as in propagandist or vanguardist strategies. Of course, all sorts of problems are thrown up here, as well. What sorts of trust, secrecy, and security are undertaken within cadres? Do they run the risk of factionalism, splitting, and entryism? Do they risk alienating others? How to avoid and negate the state without self-destruction? Here, one must remember the latter years of MIR. These are concrete questions to be answered in specific situations, but the model is a provoking one to consider aligning with the possibility of disaster communism.

There are shortcomings and absences in our analysis we could address here or elsewhere. The dynamism of political action and repression continues, but also takes new forms. Nonetheless, we hope comrades will find the following essays fruitful to think with, to build upon, and to critique, in hopes of developing the conceptual tools and political strategies adequate to our catastrophic present.

OECD. 2022. “The impacts and policy implications of Russia’s aggression against Ukraine on agricultural markets” https://www.oecd.org/ukraine-hub/policy-responses/the-impacts-and-policy-implications-of-russia-s-aggression-against-ukraine-on-agricultural-markets-0030a4cd/

Between a rock and a hard place: thoughts on militant workers as reps

The Workerists and the unions in Italy’s ‘Hot Autumn’