Is it right that someone goes to prison for 16 years for stealing a bike? 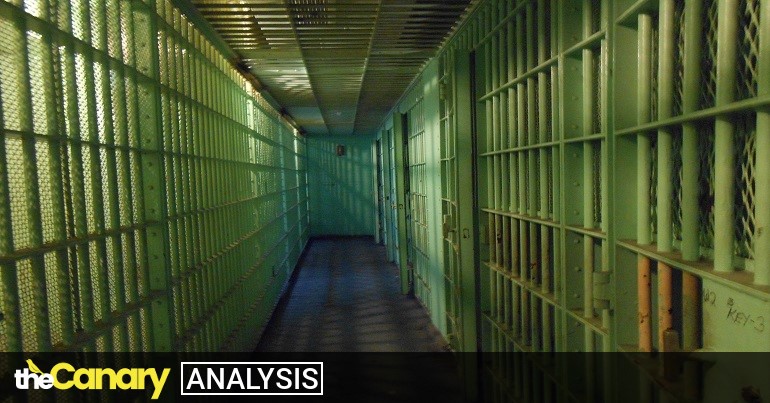 During a House of Lords prison sentencing debate on 15 November 2021, Lord Garnier said that the only thing a convicted defendant wants to hear upon sentencing is the number of years they’re going inside for. However, as Garnier also added, that number (tariff) has no relevance at all for someone handed an Indeterminate sentence for Public Protection (IPP). Because, as the name suggests, an IPP effectively means you’re sentenced to life imprisonment – even if the crime committed was for something as trivial as stealing a phone or a bicycle.

That’s the stark reality that director Jane Mingay’s new documentary on IPP sentencing reminds us of. Unintended Consequences sheds further light on the barbarity of a sentencing regime that, despite being scrapped ten years ago, continues to haunt thousands of people inside and outside of prison even today.

As The Canary previously wrote, IPPs were introduced by Labour’s home secretary David Blunkett in 2005. Blunkett later described IPPs as “a disaster”. The justice secretary in the Conservative-Liberal Democrat coalition, Kenneth Clarke, abolished them in 2012. However, and most importantly for those affected by this inhumane system, the coalition government didn’t retrospectively apply their abolition.

An IPP prisoner’s initial tariff coming to an end is no guarantee that they’ll be able to leave prison. Mingay’s documentary explains that before someone sentenced to an IPP can walk free, they must convince a parole board that they’re no longer a threat to the public. In order to convince the parole board of that, they must complete certain rehabilitative courses. However, completing these courses isn’t straightforward at all.

While serving an IPP sentence, one man spent two years in a prison that didn’t provide these courses. According to Unintended Consequences, the absence of courses in prisons is not uncommon. In fact, one legal professional said it was a problem throughout the prison system.

The absence of these courses therefore means that people stay in prison beyond their initial tariff. Even when they manage to get a conditional release, they could be recalled at any time – and that recall need not be because of a serious offence.

But that’s not all. Even when an IPP prisoner manages to complete the courses, gets release approval from the parole board, and is not recalled to prison, they still have to wait ten years from their initial release date, before applying to have that tariff cancelled. One campaigner told The Canary that only a very small number of people have managed to successfully appeal their IPP. The vast majority continue to serve it either inside or out of prison.

The effect on IPP prisoners

Clara White is one of two relatives of an IPP prisoner who contributed to Mingay’s documentary. She told the story of her brother Thomas White. He got a two-year tariff for stealing a mobile phone on the street. However, almost 11 years later, he’s still inside. According to Clara, this will in all likelihood increase to at least 13 years. Alana Bell is the other relative. She explained what happened to her brother Wayne Bell. He stole a bike when he was 17. So far he’s served 16 years for that offence.

Alana said that her brother is at the stage where he doesn’t believe what his family says and he won’t even speak to them on the phone. At one stage he’d ignored all contact from them for two years.

The head of research at the Prison Reform Trust, Dr Kimmett Edgar, also contributed to Unintended Consequences. Edgar said that imposing solitary confinement on someone in a mental health crisis “is inhumane”. He said one IPP prisoner, who he believes speaks for many others, told him:

I’m always walking on eggshells and there is no chance of me ever being free…until I’m dead. Whether that’s through natural causes or because I can’t cope with it.

Then, once released into the outside community, some of these prisoners still don’t feel at ease. That’s because the threat of going back to “prison indefinitely” was “intensely anxious producing”.

Edgar also noted that they’re at risk of exploitation from others inside prison. That’s because they can’t risk any form of confrontation. To do so could mean adding years to their sentence. This leaves them unable to properly defend themselves, and it allows others to take advantage of that situation.

A vicious and traumatic circle

the psychological impact of a custodial sentence is significant on all prisoners. However, this is significantly greater for somebody on an Indeterminate sentence for Public Protection.

In fact, according to campaign group UNGRIPP, 242 IPPs have died in prison, with 71 of these people taking their own lives. Consultant forensic psychiatrist Dr. Maganty gave evidence to a House of Commons justice committee in November 2021. He said that IPP prisoners enter prison:

How much longer do we have to tolerate this barbarity?

Despite government predictions that only around 900 people would receive an IPP, it turned out that over 8,711 people received one between 2005 and 2013. As of March 2022, there were 2,946 people in prison serving an IPP. 1,554 of these people have never walked free. 96% of these have gone over their initial tariff. A report published in November 2020 estimated that between 2020 and 2026, around 2,600 released IPPs will be recalled to prison. UNGRIPP reported that:

There have been 4,747 releases from custody of people serving an IPP sentence since it began. But many were recalled, and some were released again, so this figure does not indicate the number of individuals released.

From September until November 2021, a parliament justice committee held an inquiry into IPP sentencing. That inquiry examined:

the operation and legacy of the sentence…with the aim of identifying possible legislative and policy solutions.

The committee expected to publish its report into this inquiry by this spring, but we’re still waiting.

Whatever the outcome of that report, campaigners want the government to retrospectively scrap this inhumane sentencing regime. This would allow people like the Whites and the Bells to begin undoing the damage done by Blunkett’s disaster IPP sentencing, and try to rebuild their lives.