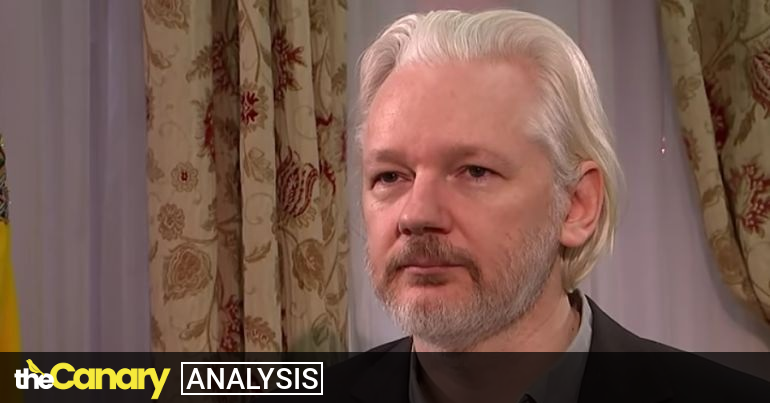 On 17 June, home secretary Priti Patel gave her approval to a court ruling to extradite WikiLeaks founder Julian Assange to the US. He will face 17 counts of violating the Espionage Act and one of conspiracy to commit computer intrusion.

Assange’s lawyers are to appeal Patel’s approval of extradition within 14 days of her announcement, but the High Court will have to approve the appeal request. A judicial review of Patel’s decision is also possible.

Assange’s defence team has issued a statement giving some indication of what happens next:

The statement says that Assange will appeal Patel’s decision. And it adds that he will “file grounds for appeal not able to be proceeded with during the past one and a half years”.

According to Assange’s brother Gabriel Shipton, the appeal to the UK courts will be partly based on information that they couldn’t bring to the courts previously:

It will likely be a few days before the (14-day appeal) deadline and the appeal will include new information that we weren’t able to bring before the courts previously. Information on how Julian lawyers were spied on, and how there were plots to kidnap and kill Julian from within the CIA.

Previously, The Canary reported that Spanish legal sources were confident the extradition process could be annulled. That assessment was based on ongoing revelations during the trial in Spain of David Morales, head of the surveillance company that spied on Assange’s lawyers in the Ecuadorean Embassy in London.

The same Spanish court has summoned former US secretary of state Mike Pompeo. This is to answer questions about alleged CIA plots to spy on, kidnap, or kill Assange.

A matter of weeks?

Meanwhile, Assange’s defence lawyer Jennifer Robinson said Assange may also appeal, if necessary, to the European Court of Human Rights (ECHR). But that’s assuming the UK is still a member of the European Convention on Human Rights (the ‘Convention’), upon which the court is based, by the time the ECHR appeal happens.

That may not be the case.

In a separate but possibly linked development, the Strasbourg-based ECHR intervened and halted the flight that Patel planned to transport refugees to Rwanda. Consequently, prime minister Boris Johnson spoke of laws that would ensure such intervention can’t happen in the future. These remarks were interpreted as meaning he intends to pull the UK out of the Convention, which underpins the ECHR.

Johnson has also made it clear that in the coming weeks he intends to introduce a British bill of Rights. This would affirm “parliamentary sovereignty in the exercise of the legislative function, in the context of adverse Strasbourg rulings”. In other words, a Tory version of the Convention.

As The Canary already pointed out, the Council of Europe oversees the Convention. The UK joined the Council in 1949, with Winston Churchill as a prime mover:

And Johnson’s maternal grandfather James Fawcett was actually president of the European Commission of Human Rights for more than 20 years. The Commission, which became defunct in 1998, functioned as a gateway for individual claims to the Court.

The ECHR was created in 1959 and has jurisdiction over 47 countries. Over the years, it’s impacted on a number of human rights issues. It has also intervened on:

various social issues such as abortion, assisted suicide, body searches, domestic slavery, adoption by homosexuals, wearing religious symbols at school, the recognition of transsexuals, the protection of journalists’ sources and even environmental issues.

The ECHR and the Convention act as safeguards against breaches of human rights, often committed by governments.

A very recent and pertinent example where the ECHR intervened in the UK involved one of Assange’s lawyers, as previously reported by The Canary:

In 2016, I took legal action against the UK with @privacyint over surveillance & information sharing with the US – given my work as lawyer for #Assange & @wikileaks

Another example of how the ECHR changed UK law for the better was the McLibel case, the longest trial in English legal history.

Helen Steel and David Morris, two environmental activists, handed out leaflets accusing McDonald’s of environmental destruction. McDonald’s sued for libel. Steel and Morris denied publishing the leaflets. The case was taken to the ECHR and the court ruled that a number of the Convention’s articles had been violated, including:

It also found that denial of legal aid to the defendants was unfair, setting a new benchmark for future similar cases.

The importance of the ECHR and the UK’s membership of the Convention cannot be overemphasised. Particularly when the UK has a government that intends to criminalise the Fourth Estate – i.e. journalists.

As for Johnson’s recent pronouncements on the ECHR, they’re more about pandering to a xenophobic constituency to help him retain power. This comes at a time when the popularity of Johnson and his government has plummeted in the wake of numerous scandals. Partygate and the story of Rishi Sunak wasting £11bn are the most prominent in a long list. Patel’s National Security bill, which seeks to jail journalists for life, is also extremely concerning, if not contentious.

Should the Johnson government go ahead and pull out of the Convention and replace it with a Tory bill of rights, it will be a disaster for everyone in the UK. Such a move would be regressive and will present yet another threat to our ever-decreasing liberties. Moreover, if that move is expedited, Assange may lose out on an appeal to the ECHR.