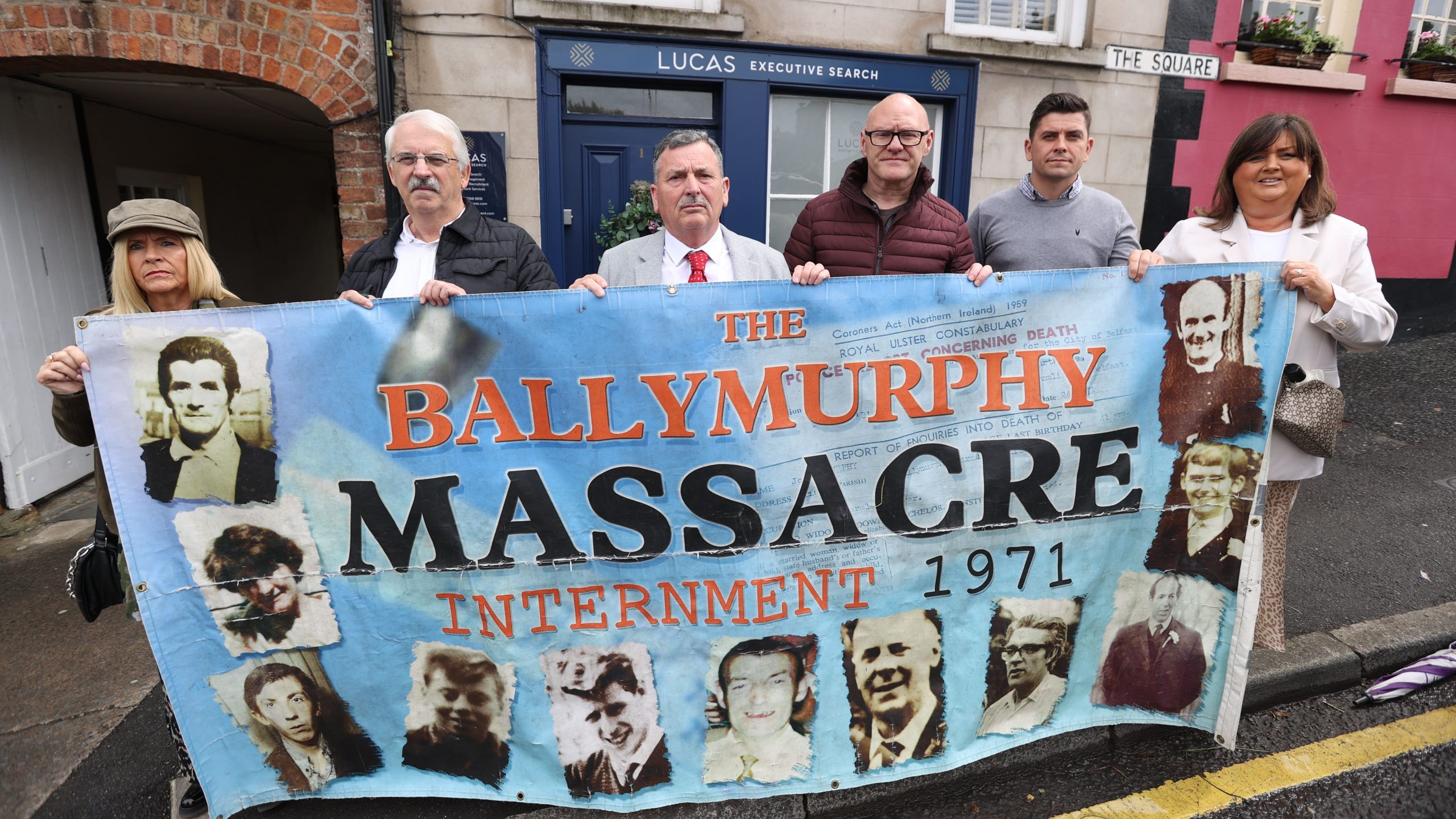 A demonstration has taken place in Hillsborough, Co Down during a visit by prime minister Boris Johnson. The demonstration is over his government’s proposals for dealing with Britain’s past actions in the North of Ireland.

British soldiers killed 11 people in Ballymurphy in west Belfast in 1971. The event is known as the Ballymurphy  Massacre. On 16 May, some of the victims’ families protested against the plans to offer an effective amnesty for Troubles-related crimes.

The Northern Ireland Troubles (Legacy and Reconciliation) Bill will see immunity offered to some. That dependent on their co-operation with a new Independent Commission for Reconciliation and Information Recovery.

The new body aims to help individuals and family members to seek and receive information about Troubles-related deaths and serious injuries.

If the proposals are enacted, it will mean prosecution will only be possible for individuals not deemed to have earned their immunity.

‘A dangerous course of unilateral action’

Amnesty International has urged the UK government to “pull back from a dangerous course of unilateral action on legacy of the conflict”.

Grainne Teggart, campaigns manager for Amnesty International UK, said the government is on a “collision course with rights and the rule of law”. She said:

They must pull back, now, from a dangerous course of unilateral action on legacy and the protocol…

We have yet to see a real departure from plans to legislate for a de facto amnesty. We will be watching closely, along with victims, to see if the strong objections and warnings on lack of human rights compliance have been listened to.

Teggart also expressed concern at the government’s approach to the Northern Ireland Protocol.

She said any unravelling of the international agreement between the UK and EU “could threaten guarantees within the protocol, including essential human rights protections for people in Northern Ireland”.