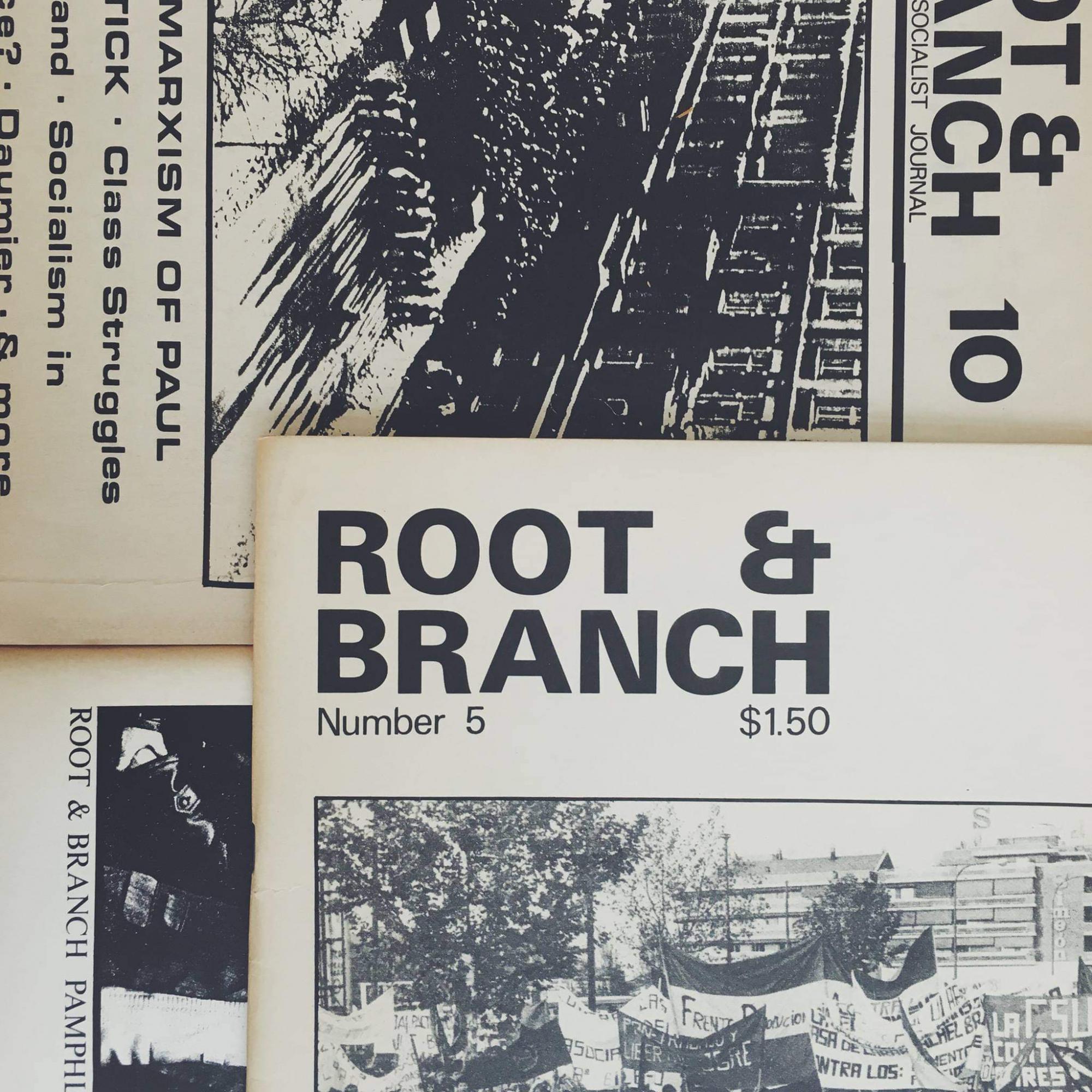 “In 1969, a group of collaborators, all admirers of the work of Paul Mattick, including Paul Mattick, Jr., Stanley Aronowitz, Peter Rachleff, and myself began sporadically publishing a magazine and pamphlet series called Root & Branch drawing on the tradition of workers councils and adapting them to contemporary America.”

Some background from their book, Root & Branch: The Rise of the Workers’ Movements is below.
A later statement issued with the relaunch of Root & Branch for issue #5 can be found here.

Since 1969, Root & Branch has published materials dealing with the efforts of social movements, past and present, here and abroad, to create a socialist society. We have focused on the problems for emerging movements posed by the development of contemporary society, as well as the insights to be gained from the experiences of earlier movements. Some of these movements we have participated in; others, occurring in other places or at other times, we have watched or studied.

Our continuing involvement with these movements is informed by four perspectives:

1) that every social movement is, above all, a response of those who comprise it to the social conditions which they face. The development of socialism depends on their recognition that their needs can be met only when, collectively, they take control of their own activity;

2) that every social movement expresses the development of this recognition through its activities. It is such activities-foreshadowing the complete self-determination which is the hallmark of a socialist society—which we want to aid and encourage;

4) that attempts to impose intellectual orthodoxy, fixed ideas, or abstract slogans upon these social movements only serve to dissipate and hinder them.