Rwanda plan shows the UK only cares about white refugees 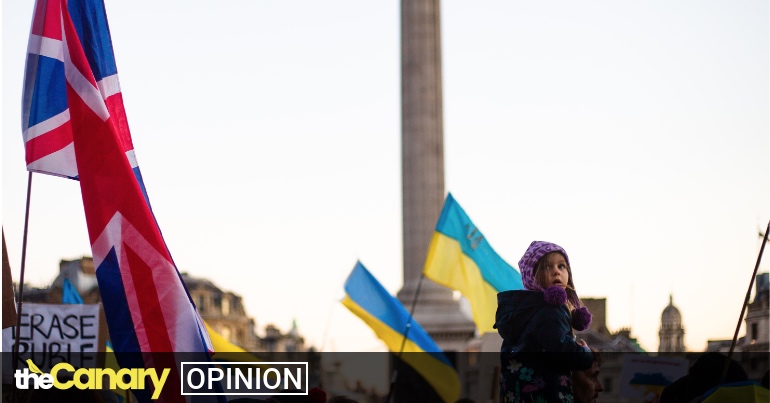 Despite human rights concerns, it looks like flights to send refugees to Rwanda are set to go ahead. There’s been much discussion, including here at The Canary, about the legality of the plans – and as is so often the case with the courts, just because something is legal, it doesn’t mean that it’s also morally correct.

Opposition to the Rwanda scheme has, rightly, focused on the lives it will ruin. Human rights charities, activists, and campaigners have spoken up. And it’s difficult to get away from one thing: this is about race.

Let’s take a look at the ethnicities of the people who might be on the flight. The BBC reported on 13 June that, after legal challenges, a list of an estimated 37 people has been whittled down to 11. The report says that the charity Care4Calais suspects that the legal action:

That number at the time of publication is now seven. However, what is clear is that the treatment of Black and brown refugees is very different to that of white refugees.

Half a glance at the UK’s response to Ukrainian refugees tells us a lot. First off, let’s get the obvious out of the way. The conflict in Ukraine has been horrific. There have been possible war crimes, millions of displaced Ukrainians, and the usual war profiteering. Ukrainians need full solidarity from the rest of the international community.

The thing is, though, all kinds of support has been rushing forward. And it’s happened in a way that is very different to how the UK normally treats refugees.

Economically, culturally, and socially, Ukraine has received the kind of support that must leave refugees from other countries in disbelief.

The UK has excluded some Russian banks from its financial system. The European Union has banned all imports of oil from Russia that arrive by sea. The US has made it harder for Russia to repay its international loans. These economic sanctions punish Russia and make it difficult for Russia to function.

Cultural support can be difficult to pin down, but this is not so for Ukrainian refugees. People have been putting up the Ukrainian flag in their windows. In fact, the Ukrainian flag has popped up at food stalls, in schools, all over the place. People want to show their solidarity with Ukraine, and it’s effective.

Just this month, the Welsh men’s football team beat Ukraine to reach the World Cup. Wales’ manager Robert Page said before the game that he knew:

most of the world want Ukraine to get through.

Ukraine won Eurovision, and this was seen as a sign of international solidarity. As The Canary’s Eliza Egret said at the time, this flew in the face of the fact that in 2018 Israel won, and then later hosted, Eurovision. There was no such solidarity for Palestinians then – but there was solidarity for apartheid Israel.

People have even opened up their homes to Ukrainian refugees. It’s undeniably a generous thing to do.

But that generosity has a limit, apparently. How many times has the government sponsored such a generous scheme for people from Yemen? Syria? Iraq? Afghanistan? I’ll save you the trouble of checking: none. None of the information from the Home Office or from charities challenging the deportation flights to Rwanda has mentioned any Ukrainian refugees. The deportation to Rwanda is for people who arrive in the UK outside of sanctioned means. Of course, that wouldn’t be Ukrainians, because the government has made sure to provide them with the structure they need to arrive in the UK safely.

Meanwhile, Black and brown refugees are at risk of being sent to Rwanda because of white supremacy. And no, white supremacy isn’t just white people running around in Ku Klux Klan hoods and burning crosses. It’s also when existing structures make the survival of white people easier. That survival often comes at the cost of others.

Wherever a refugee comes from – whether it’s Iraq, Syria, Somalia, Yemen, Nigeria, or Afghanistan – they should have safety and support. The support for Ukrainian refugees has happened in a wholehearted way. Where’s that heart for everybody else?

It’s almost as though people in the UK don’t value and respect the lives of Black and brown people. They merely tolerate us. They don’t value us as human beings; they see us as cockroaches to keep out of the way. Ukrainian people are considered as a whole – their culture, their traditions, their communities. Black and brown people don’t get that luxury. This is because white people only consider fellow white people to have inalienable rights.

Most refugees coming to the UK face the prospect of drowning in the English Channel or, now, being shipped off to Rwanda.

It’s an absolute disgrace that the UK clearly has the willingness to support and house refugees – but only if they’re white.