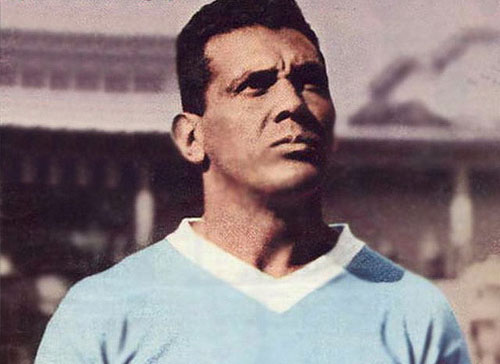 The grass was getting long in the empty stadiums.

Strikers on strike, and defenders too; Uruguay’s soccer players, slaves of their teams were simply demanding acknowledgment of their union and its right to exist. Their cause was so scandalously just that people supported them, even as time wore on and each soccerless Sunday became an insufferable yawn.

The owners would not yield, and just sat on their hands and waited for hunger to exact surrender. But the players held firm, their spirits boosted by the example of a proud man of few words, Obdulio Varela, a black, all-but-illiterate soccer player and bricklayer. He lifted up the fallen and urged on the weary.

And that was how, at the end of seven long months, Uruguay’s players won the strike of crossed legs.

Brazil, playing at home in the Maracanã Stadium, was the indisputable favourite. It had just trounced Spain 6-1 and Sweden 7-1. Fate’s verdict named Uruguay as the last lamb to be sacrificed on its alter in the final. And so it was shaping up, Uruguay losing and two hundred thousand fans roaring in the stands, when Obdulio, playing with a swollen ankle, gritted his teeth. Then the captain of the strike became captain of an impossible victory.

The climate crisis …and the new green capitalism?

The rise of a new labor movement – Henk Canne Meijer