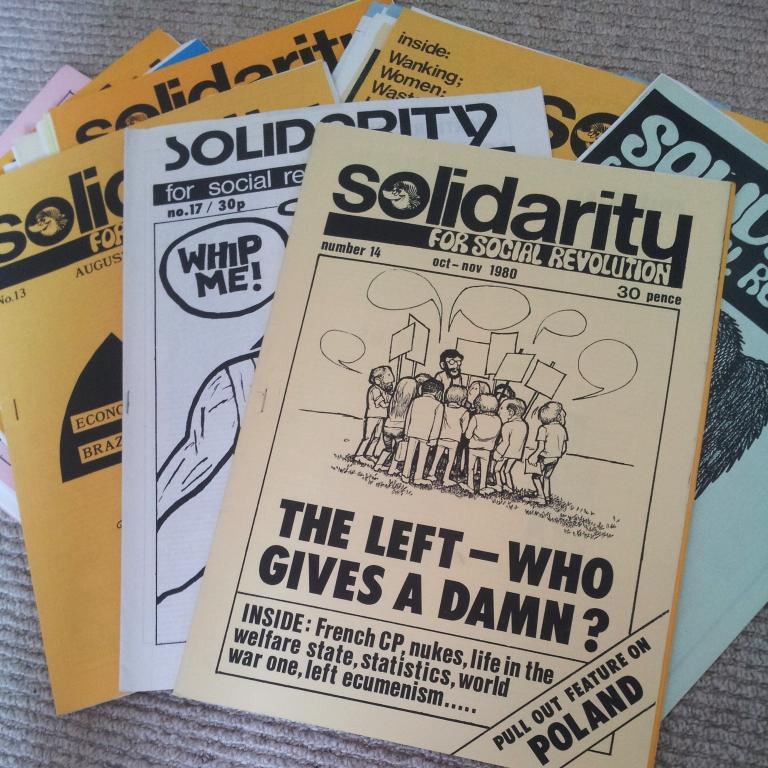 I will PM you about your request but if and when you get round to putting this series of journals on-line it really needs an introduction explaining that this was only one of a series of the UK SOLIDARITY journals preceded by a number of local autonomous journals and an initial national journal plus a later revised series of a national publication with the subtitle ‘Social Revolution’ removed.

The series ‘Solidarity – for social revolution’ was a result of the merger of the existing Solidarity and Social Revolution groups following a lengthy series of negotiations that resolved some, but not all, of the differences between the two groups and which resulted also in revised Solidarity ‘As We see It’ and ‘As We don’t see it’ statements. It would helpful at that point to provide links to those statements and to material from the Social Revolution group, in particular their introductory pamphlet.

As the ‘About Us’ statement in this edition of the journal suggests the series being produced in rotation by a number of different largely autonomous groups reflected in turn a variety of often conflicting views that were part of an ongoing discussion in a fairly volatile period.

Feminism, particularly from the Social Revolution influence, was an important factor in the many ongoing discussions of that period which produced some critical but healthy and some not so healthy results.

Some clarity and some positive developments did emmerge from all those discussions which were usefully carried out in an open and transparent manner. It seems to me that political groups in our milieu have a time-limited usefulness if they are not to succumb to dogmatism and repetitive self-justifying behavior. Solidarity (UK) went through a number of phases and splits some more useful than others and eventually just fizzled out but many people learned something from it and moved on to other activities.

Intakes: The Arab spring in the autumn of capital

Socioeconomic protests in Ukraine and anti-police revolt in occupied Crimea