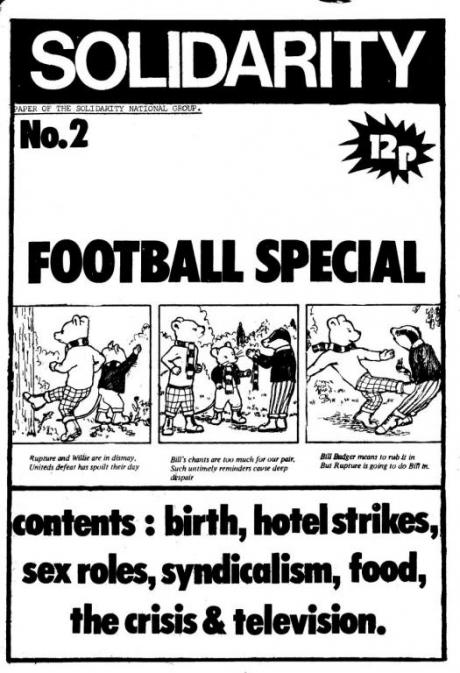 Agree that in general the London and other local autonomous earlier versions of the Solidarity magazine were better in being more focussed on either workplace struggles or general social theory.
This short lived trial national magazine reflected both some growing differences of opinion within the existing Solidarity network and ongoing discussions between members of that network and particularly the Social Revolution Group and to some extent the Anarchist Workers Association. Some of the articles were also more concerned with arguing out differences between Solidarity and Social Revolution during the merger ‘negotiations’ than presenting any coherent Solidarity politics. Although in my opinion the series of ‘Solidarity for Social Revolution’ magazines which followed that merger, on the basis of revised ‘As We See It and ‘As We Don’t See It’ statements, was an improvement, it continued to reflect significant theoretical and practical differences between local autonomous Solidarity groups.