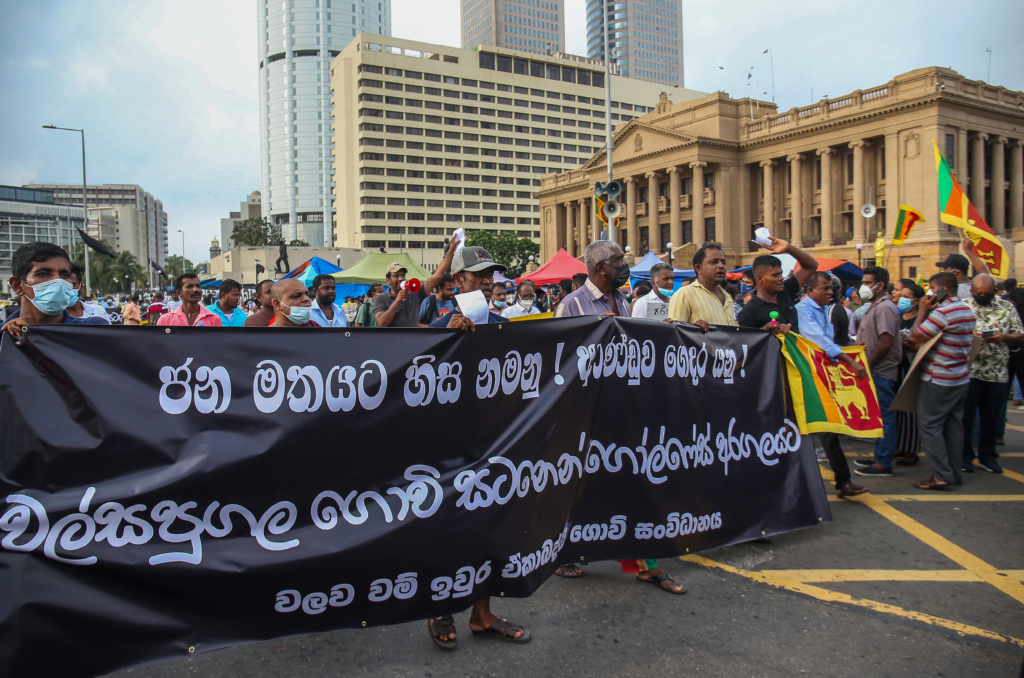 “These protesters have the right to demonstrate peacefully outside the Parliament of Sri Lanka and to express themselves and speak with their MPs as the country’s economy crumbles. The charges against all the protesters must be dropped as they were detained solely for peacefully exercising their human rights.

“Sri Lankan authorities must respect, protect, promote and fulfil the rights to freedom of expression and peaceful assembly, and allow people to freely exercise their human rights.

“Any restrictions placed on these rights must be necessary, proportionate and provided by law. Today’s arrests were undoubtedly arbitrary and unlawful. After they arrested protesters recently in Mirihana, the Sri Lankan authorities subjected them to ill-treatment in police custody and refused to allow access to legal counsel. It is crucial that the authorities do not commit the same rights violations with the protesters arrested today.”

“Excessive use of force, intimidation and unlawful arrests seem to be a pattern in which the Sri Lankan authorities’ respond to dissent and peaceful assembly. These repressive actions clearly do not meet Sri Lanka’s obligations under international human rights law.”

On 4 May, the police arrested 12 people near the Parliament of Sri Lanka for allegedly obstructing the vehicles of MPs.

In footage seen by Amnesty International, a small group of protesters can be seen holding up placards that called for MPs to support a motion of no confidence that was tabled in parliament today. The protesters were then forced into a police bus.

The protestors were later released on bail.