Sri Lanka: Protesters must not be detained under the draconian anti-terror law 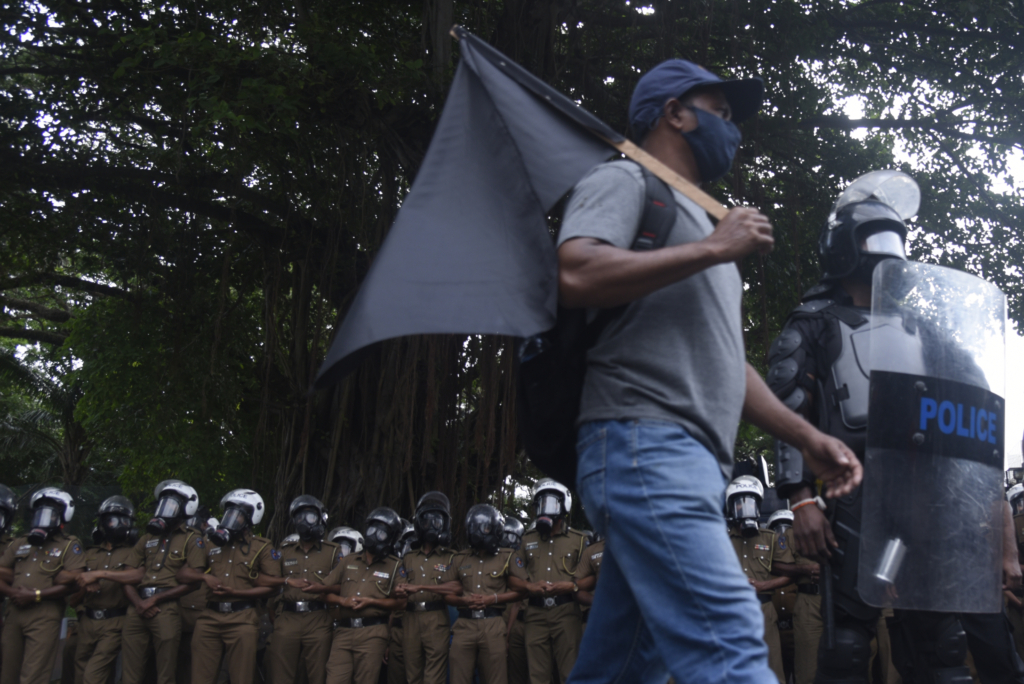 Responding to reports that Wasantha Mudalige, the convener of Inter University Students’ Federation, Galwewa Siridhamma Thero, the convener of Inter University Bhikku Federation, and Hashantha Jawantha Gunathilake, member of the Kelaniya University Students’ Union, who were arrested on 18 and 19 August, are being detained under the Prevention of Terrorism Act (PTA), Yamini Mishra, Amnesty International’s South Asia Director, said:

“Using a draconian anti-terror law to crackdown on protesters is a new low for the Sri Lankan government. This weaponizing of an already highly-criticized law, which should be repealed immediately, is a testament to how the authorities are unwilling to withstand any form of criticism and are systematically stifling dissenting voices. This is against Sri Lanka’s international human rights obligations, especially the rights to freedom of expression and peaceful assembly.”

“Charges of terrorism do not commensurate with any offenses the protesters are alleged to have committed. Such an action by the authorities is excessive, disproportionate and in violation of international law. The PTA allows for detention of suspects for up to a year without charge, which is in violation of international law. The defence minister must not sign an order to detain them further under the PTA.”

“The PTA has a long history of abuse in Sri Lanka, and this development shows precisely why both local and international actors have been calling for its repeal. Time and time again, the Act has been used as a tool to silence government critics, journalists and minorities.”

Sri Lanka’s worsening economic crisis has led to violations of the people’s civil, political, economic and social rights. Over the last few months, the President, Prime Minister, and the cabinet of ministers have had to resign following wide-spread public protests seeking their resignations.

The government responded to largely peaceful protests with excessive and unnecessary force and emergency laws giving sweeping powers to the police and the armed forces, in an effort to curb further demonstrations.