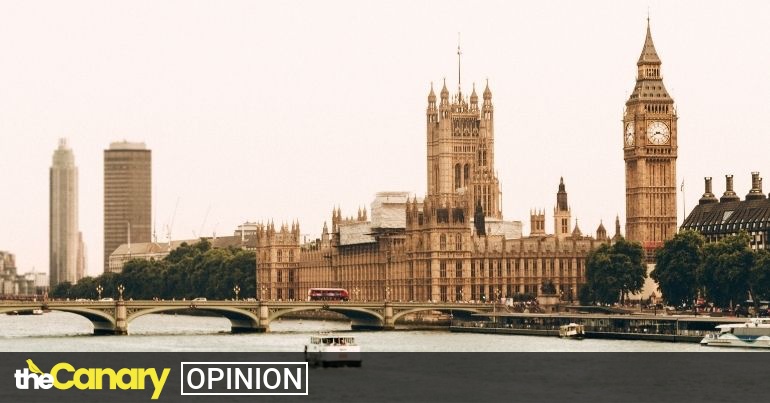 On 25 May, senior civil servant Sue Gray’s long-awaited report on the Downing Street parties during the height of the coronavirus (COVID-19) pandemic was published. The ‘Partygate’ report reveals the extent of the government’s law-breaking gatherings. Notably, it exposes the disrespect with which partygoers treated Downing Street’s low-wage workers.

Led by Johnson, the government has fostered a culture that regards the lives of working people as totally insignificant and disposable. This is reflected in the examples of the poor treatment of low-paid Downing Street staff set out in the Gray report. This disregard for low-wage workers’ lives has had a devastating impact on poor and working people.

Some of the most infuriating details in the report include government aides’ and civil servants’ “unacceptable” treatment and expectations of cleaners and security staff. The report notes:

multiple examples of a lack of respect and poor treatment of security and cleaning staff.

The incidents included partygoers leaving red wine stains and sick for low-wage workers to clean up. In another instance, No. 10 aides mocked and “laughed at” a security guard who raised concerns that Downing Street parties were in breach of lockdown regulations.

Imagine being a Downing Street cleaner, having your social life cancelled by lockdown and then having to clean-up vomit and wine spilt on the walls at a party, only to be mistreated by the government staff responsible?

That’s the elitist culture Boris Johnson is responsible for.

The government’s disdain for working people goes far beyond snobbish behaviour and attitudes. It has devastating and far-reaching consequences for vulnerable workers.

The government forced its own outsourced, low-paid cleaners, security guards and other low-wage staff to work through the pandemic, often without personal protective equipment or sick pay. This inhumane anti-worker model proved fatal for some.

Ministry of Justice cleaner Emmanuel Gomes was one of the government’s low-paid, outsourced workers. Throughout lockdown, workers like Gomes were forced to risk their health working in an empty parliament while MPs worked from home. This continued in spite of union concerns that these workers were being put in “unnecessary danger”.

This is Emanuel Gomes.

He was a cleaner at the Ministry of Justice, working for £9.08 an hour, which was just above the legal minimum.

He continued to come into work during the early days of the lockdown.

Gomes was one of countless low-paid workers nationwide who – due to outsourcing, persistent employment and income insecurity, and unjust sick packages – were forced to continue working through the pandemic.

The devastating case of Belly Mujinga springs to mind. Mujinga was a medically vulnerable public transport worker who died with Covid after a passenger allegedly spat and coughed at her.

The government’s elitist, profit-driven socioeconomic model is responsible for deaths like these.

Following the publishing of the Gray report, chancellor Rishi Sunak announced plans for a support package to help some households with rising energy bills.

Suggesting that this announcement is a bare-faced distraction tactic, political activist and commentator Femi Oluwole said:

BREAKING:
Rishi Sunak is announcing new support for the cost of living on the same day as the Sue Gray Report.

TRANSLATION:
The government was happy to watch people freeze and starve for months, but only thought it was worth helping if it could help distract from their crimes.

Lest we forget that through a decade of cuts, failure to cap fuel costs, and a general hatred for poor people – the Tories are responsible this crisis.

This announcement comes just days after the chancellor refused to help struggling families, saying that “the next few months will be tough”. This is the same man who the Sunday Times named as one of the richest people in the UK, with a shocking £730m fortune. This reflects the huge chasm between the lived realities of working people and that of those in power.

There is only ONE Reason Many People this Rich Work in parliament, & that’s to Stay rich, while f*cking the rest of us.

While low-income migrant workers were left with little choice but to work to death through the pandemic, toffee-nosed government aides laughed in their faces. The British public must not forgive or forget these grave injustices.

We must demand respect for the rights and dignity of all working people. We can do this by wholeheartedly supporting the work of grassroots unions such as United Voices of the World that continue to demand better wages, sick pay, and protections for the UK’s most vulnerable low-wage workers.