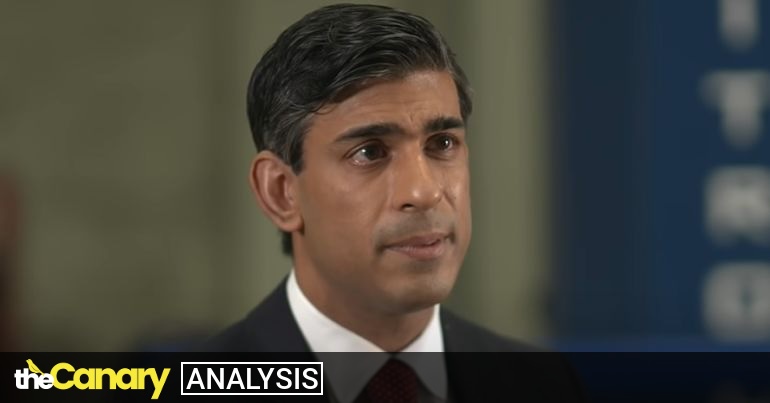 Corporate media has been awash with the story of Rishi Sunak wasting £11bn by making a basic accounting error. But this is only part of the Tories’ financial incompetence. If you add up all their other mistakes, then Sunak and the government have actually flushed at least £93bn down the toilet during the pandemic.

The Guardian reported on Sunak ‘wasting £11bn’ of public money. This happened because he signed-off on the government paying too much interest on public debt. As it reported:

The National Institute of Economic and Social Research (NIESR) said the losses were the result of the chancellor’s failure to insure against interest rate rises on £900bn of reserves created through the quantitative easing (QE) programme.

In layman’s terms, Sunak didn’t bother to make sure that if interest rates went up, the public wasn’t paying that higher rate on our debt. He could have put measures in place to protect against this – but didn’t. The NIESR accused Sunak of creating an “enormous bill for the public, and that:

Of course, Tories flushing money down the toilet is nothing new. Because Sunak’s latest error comes on top of billions of pounds more waste.

First, you have the loans the government gave businesses during the coronavirus (Covid-19) pandemic. These included the:

A parliamentary committee said that between these, fraud and error may have lost the public £15.7bn. This was a central estimate, with the figure possibly ranging from £12.4bn and £20.1bn. Plus, the government will be writing-off another £21bn on these loans. This is because people and companies can’t afford to pay them back.

If you factor in the issue of PPE that was useless, then the government has wasted another £9bn – including £4bn worth of PPE which it is literally going to burn. And if you include the failed Test and Trace scheme, which parliament’s spending watchdog said failed to meet “its main objective”, that’s another £37bn.

Overall, all this combines to mean the Tories have wasted at least £93.7bn since the pandemic began. This staggering level of financial mismanagement is the equivalent of:

Or alternatively, the government could have given every person in the UK around £1,400 each – nearly double the support it’s providing to many people during the so-called ‘cost of living crisis’.

Of course, the Tories couldn’t possibly be caught helping those in need. So, instead we’re left with a government whose wilful negligence has wasted nearly £100bn – while the rest of us struggle to survive.