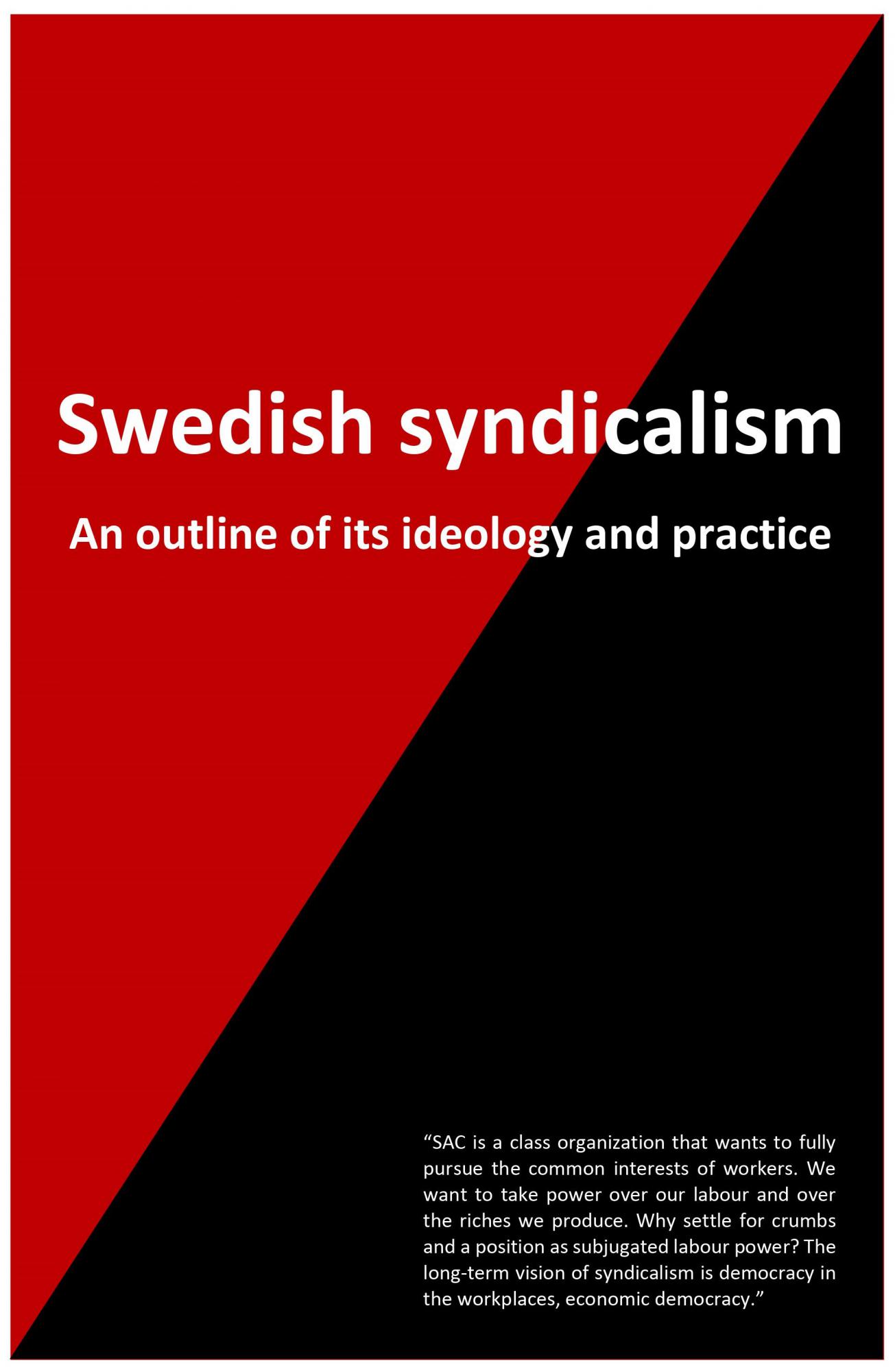 In 2021, a member meeting in the Umeå Local of SAC decided to publish this book. Rasmus Hästbacka is the author of the text. Hästbacka is a lawyer. The afterword is written by Niklas Averstad Ryd and Jonas Hammarbäck. Averstad Ryd is a primary school teacher and Hammarbäck is a care worker. The translation into English is done by Tobias Hübinette and Nicklas Hållén. Hübinette is an Associate Professor and Lecturer in intercultural studies. Hållén is an Associate Professor and Lecturer in English literature. The original title of the book in Swedish is Vad vill syndikalismen? En ideologisk grundskiss.

More articles by the author on Libcom can be found here.

Summary of the book

Syndicalism is an international trade union movement. In Sweden, syndicalism is represented primarily by the Central Organization of Workers in Sweden (abbreviated as SAC – in Swedish Sveriges arbetares centralorganisation). SAC organizes employees in all industries and excludes only the bosses. SAC was founded in 1910. This book presents SAC’s ideology, the ideas that guide trade union practice. The ideology does not contain any definitive truths and should be seen as a starting point for further discussions.

The book consists of four parts. Part 1 presents guidelines for successful organizing at the workplace. In Part 2, the trade union is contrasted with parliamentary parties and other political organizations. Here we explain why the trade union is superior as a class struggle organization. Part 3 provides general advice for recruiting and activating members. In Part 4, labour struggle through unions is related to the long-term vision of syndicalism to democratize the workplaces and build an equal society. By organizing in unions, the broad masses of the people can seize power over their lives and communities.

The book does not touch on the details of trade union work. These are instead treated in SAC’s organizer courses and in study groups that are open to all members. At the end of the book, a proposed plan for study groups can be found.

SAC is not a trade union in the narrow sense: an association for only one craft or one industry. SAC is an organization for all workers as a social class. It is a class organization with a dual function. SAC is a tool in the struggle for daily demands and for fundamentally changing society as a whole. In labour struggles, syndicalists strive for the widest possible solidarity across organizational boundaries.