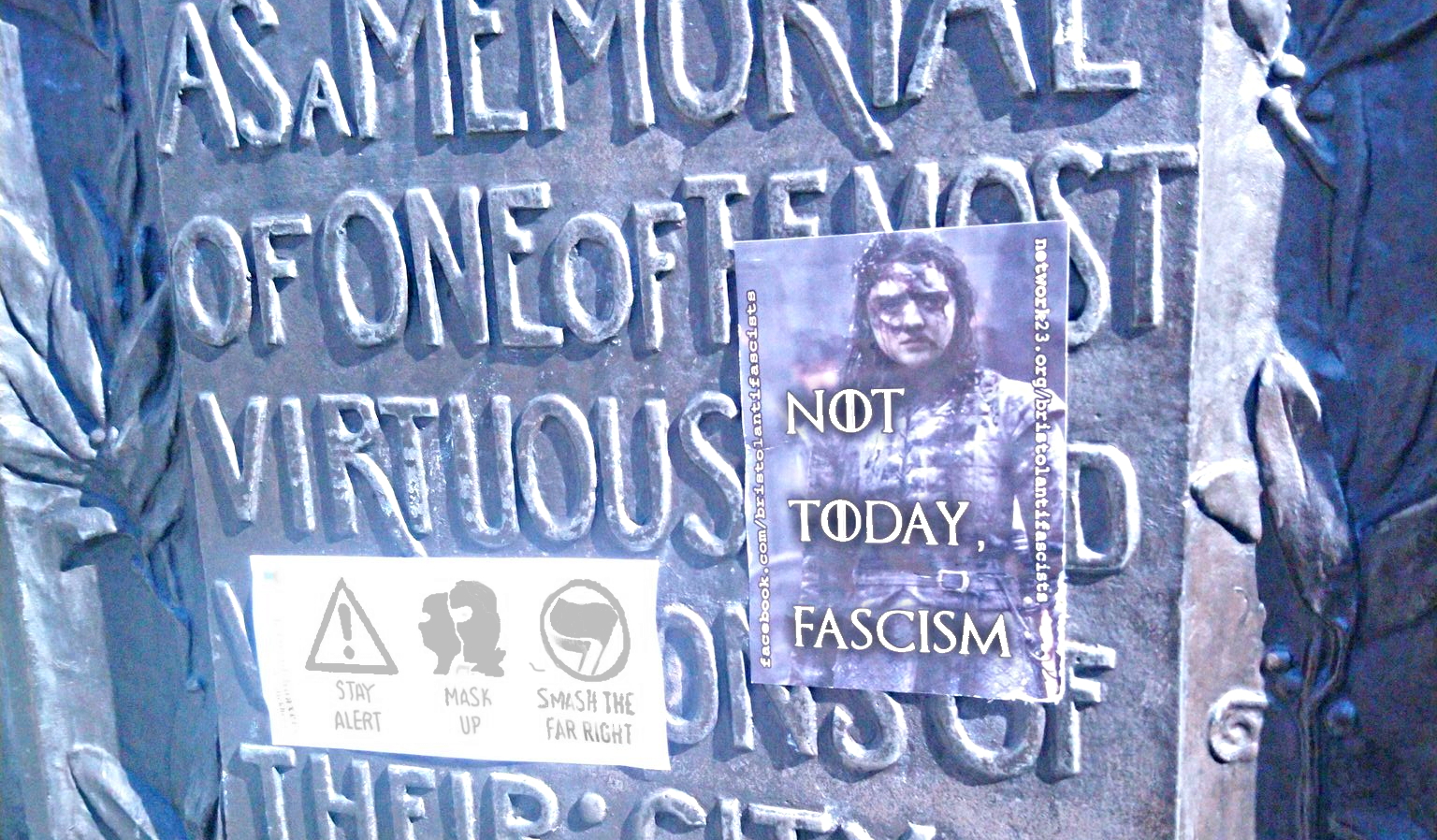 Looking to cement a newly formed alliance, serial far-right Islamophobic grifters, Anne Marie Waters and Stephen ‘Tommy Robinson’ Yaxley-Lennon, planned a visit to Bristol. Their main aim was likely giving a much needed boost to the publicity and funds of their looser political party – which only polled 0.26% in the last election in which it stood. The early publicity from the pair described it as a protest *against* Black Lives Matter, and in support of slave trader Edward Colston and his famously toppled statue. Things started to go badly for the bumbling duo almost immediately.

Soon after people became aware of the far-right visit, a coalition formed to oppose them under the name ‘Bristol Against Hate.’ This quickly gained support from a wide array of groups and individuals, with its call for a counter-demo spreading quickly online and off. Meanwhile, the hapless pair’s own organising efforts were apparently met with apathy; both from their ‘core’ supporters and those they thought would turnout for them in Bristol. While Anne Marie Waters was ranting about this to her YouTube viewers, Stephen ‘chose my own nick name’ Yaxley-Lenon was preoccupied with a series of legal troubles. He was due to attend High-Court in March to face accusations he was lying about money to avoid paying a fine issued last year for libel; then he was sought by police for failing to attend court and faced deportation back to Britain after attempting to flee to Mexico. Tommy Robinson claims it was just an international family holiday (a rarity for someone who claims to be bankrupt), but it seemed more like an attempt to ‘Free Tommy’ from the consequences of his own actions.

It is unsurprising that the anti-Black Lives Matter pro-slavery call didn’t gain much traction in Bristol. Our City’s 2020 BLM protest saw between ten and twenty thousand people take to the streets. It was easily one of the largest demonstrations of the past few decades. Bristol still wrestles with its slave trading past and modern-day racial oppression, but the majority of Bristolians will at least talk-the-talk of wanting to have a more equal and just city. As for the statue? The Council’s consultation found only 12% of people living here wanted the statue returned to the plinth, with 80% wanting it in a museum, and the rest either not caring or wanting it destroyed. People have wanted it gone for years, and after literal decades of inaction from the so-called proper channels, most of the city reacted to seeing it pulled down with a resounding ‘fair play’.

Faced with an energetic opposition and a support base that had failed to materialise, Anne Marie Waters announced she was calling off the protest. She was genuinely surprised and saddened about it – unless she is a much better actor than she is a politician. In response to this, Bristol Against Hate could have declared victory and stopped organising. Instead, with only a few days left to change plans, they announced that their counter-demo would go ahead as a celebration of Bristol’s commitment to countering racism and fascism – and to make sure any stubborn fascists still looking to travel here were opposed. 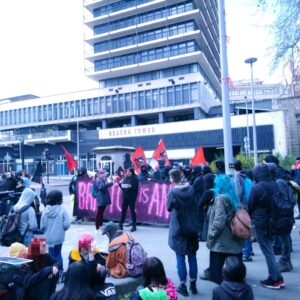 We arrived early on the day itself, but there were already twenty or so people milling around the plinth. We were soon joined by a few dozen more comrades, and banners, flags, huge carrier bags of free sandwiches, rice krispy treats, bottled water, chalk, zines, pens, bust cards, flyers, stickers and other protest essentials were unloaded.

The atmosphere was lifted further as more and more people began to arrive. Someone pulled up and unloaded a pretty impressive sound system, and after some technical difficulties they began to play music. This inspired an impromptu dance party with a beautiful mix of people in casual clothing, some on skates dancing around, and people in full bloc doing the worm.

Speakers from various organisations (Including Bristol ABC, Bristol Defendant Solidarity, & Bristol IWW) took turns on a megaphone, giving speeches on their projects and how much of a success the day had been. The fash never actually showed, but during the day plenty of other people did. A hen party came though and danced with us. Clowns (literally) turned up and made jokes like “Bristol is antifa? Oh anti fashion? Noo antifascist!” They then had a slow motion race and eventually disappeared. Lots of people stood to admire the posters of Bristolians that are worth celebrating, some young attendants took selfies, lots of passers-by stopped to chat, and leaflets were thin on the ground after less than an hour! People used the chalk to write a series of slogans on the floor and the statue including; “Black Lives Matter,” “Cops can’t dance,” & “Glad Colston’s gone.” 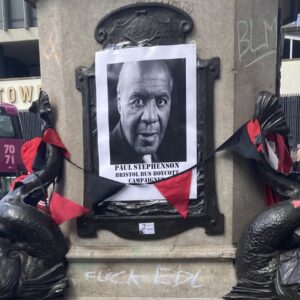 Whilst we had a great day out, the far-right were stewing in their own bile online, getting angry on YouTube and in the newspaper comment section. Waters herself said, ‘street protest is not an option’ as ‘we would have been met with violence,’ and the far-right should instead ‘defeat [their enemies] at the ballot box.’ Quite who they think they are fighting at the ballot box is beyond me. The Tories seem to be enacting exactly the sort of policies the far-right call for, and despite a few folks from the left-wing of Labour showing up to lend their support to antifascism, I really don’t think that party represents the diverse working class communities that stand against fascism. We can’t be defeated at the ballot box, because the only winner at the ballot box is the government.

All in all the day showed what can be accomplished at short notice, and answered the question ‘what would antifa do without the fascists?’ Despite a lot of out-of-towners cancelling their trips, and plenty of Bristolians just getting on with their day (“message me if any fash show up”), there were still 100-200 present over the course of the afternoon. It was a great practice run, testing our communications, tactics, and protest infrastructure – including Bristol’s increasingly veteran medical and legal support folks. It also allowed us to get in contact with, and start conversations with, new potential allies. Links that will prove useful when racists next threaten our streets. 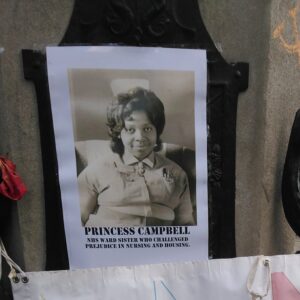 Family Home Taken Back From Baliffs