The Tories falling apart is all very fun, but they’re still monsters 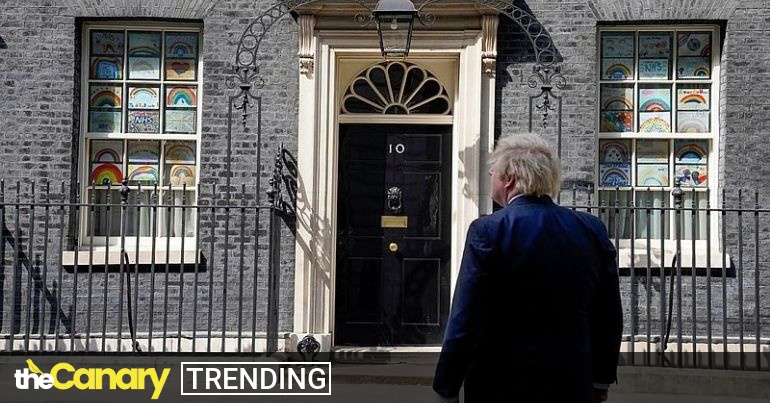 Bloodthirsty, hate-filled creatures are unfurling across the land, bent on wanton destruction. No, it’s not the Stranger Things finale. The Tories have deposed their party leader, prime minister Boris Johnson, reminding us that while they hate workers, refugees, women, disabled people and more besides, they also despise each other. Tories, we are reminded, care about one thing: power.

Those who don’t know better might fall into the old trap: the belief that those who resigned in the run-up to Johnson’s own resignation were acting morally. Some folks on Twitter have applauded this so-called ‘morality’. That’s not really the truth, though. For example, Sajid Javid – one of the first to resign – spent a lot of time talking about integrity, despite evidence that suggests he is a stranger to the idea:

Javid applied for non-domicile status for six years during his banking career to avoid paying tax in the UK on his overseas earnings.

As another Twitter commenter pointed out, the sudden attack of Tory conscience rather ignores the entirety of Johnson’s time as PM:

No Tories gave a fuck enough to resign when Johnson’s incompetence was killing tens of thousands of people. But now he’s affecting their reelection chances, they’ve discovered their moral compass. Fuck the lot of them.

A bit rich, some said, for Nadhim Zahawi – who took up the chancellor post vacated by Rishi Sunak only to immediately turn on Johnson too – to hold forth on morality:

Racist, sectarian, phobic and hate filled separatist Scum. Harsh words indeed yet the only appropriate words.
These Tories are now claiming to be the arbiters of our moral fortitude. The keepers of integrity and the upholders decency, trust & honesty. https://t.co/ltYgrBQ5SY

It must also be said that celebrating Johnson’s political demise is a little rash. Naturally, for some prominent centrists this new round of Tory bloodletting seems to be little more than a game:

But for anyone with their heads screwed on, there are no good options in terms of Johnson’s replacement. And that is one of the hottest topics now. There are reports that a leadership contest will begin in the coming weeks.

Naturally, right-wing hacks are already framing the run-off as if it’s a Love Island vote with language like “Team Rishi”.

It’s actually a bid to find the self-absorbed scumbag who is most palatable to a political party of millionaires, billionaires, and other elites.

Fascinating polling on how Tory candidates fare when pitched against Starmer.

Big boost for Team Rishi as the only contender who beats the Labour leader in this survey https://t.co/mKNMK41S4K

Nobody should shed a tear for the end of Johnson’s premiership. Except possibly his most ardent fan, Nadine Dorries:

Nadine Dorries trying to convince Johnson to stay on pic.twitter.com/CRBw8ZKHRg

The fact remains that there are plenty more where he came from, and the next Tory leader is unlikely to do anything to resolve any of the issues this country faces. So while all this might be a fun parlour game for well-off centrists and bloodthirsty Tories, it has serious implications for the most vulnerable people in our society.