there are alternatives to the current treatment model 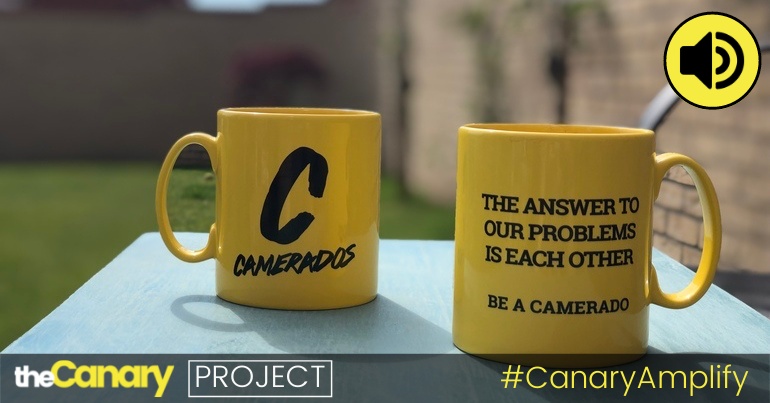 Mental health services in the UK are failing thousands of trauma survivors. Throughout this four-part series, I will be analysing some of the reasons behind this, and looking at some of the potential solutions. In part one, I looked at the current tendency to pathologise emotional distress. Part two considered how current treatments to trauma are often retraumatising, rather than dealing with the root causes of distress. In this part I will focus on two potential alternatives to our current psychiatric system, and how these could benefit trauma survivors. Part four will be published shortly.

What are the alternatives to our current psychiatric system, which – as we have seen previously – diagnoses, medicates and blames? There are many problems with the current system as it is. However, not many people, either working in or accessing the services, realise that there are alternatives. We have to remember that every person who has survived trauma is unique and needs different things to begin healing.

The first potential alternative is the Power Threat Meaning framework (PTMF), which offers an alternative way of viewing emotional distress – one that is not based on psychiatric diagnoses.

Clinical psychologist Dr Lucy Johnstone, who I spoke to in part one of this series, gave up clinical work in 2016 to finish developing the framework, which was co-produced with a group of 40 professionals and survivors of psychiatry.

The framework borrows some assumptions from the established trauma literature and, like trauma-informed practice, asks for a change in direction: from asking ‘what’s wrong with you?’ to ‘what’s happened to you?’

Johnstone explained to me:

Not everyone has experienced abuse, or neglect, or other obvious sources of distress – but the framework expands on the trauma informed approach by offering principles that help us to understand why even people without an obvious history of trauma can be severely distressed and struggling.

The PTMF suggests that non-diagnostic narratives can be based on the following core questions:

The PMTF is about all of us

The framework is based on the assumption that all emotional distress is understandable when we view it in the context of a person’s relationships, life events, social circumstances, and the societal standards we are expected to live up to. This means that the PTMF is about all of us. It highlights the strong links between social contexts and personal, family and community distress – especially when there is injustice and inequality involved.

We all make meaning out of what happens to us, and this shapes the way we experience and express our distress. The PTMF provides us with tools to create new, hopeful narratives about the reasons for our distress – narratives which are not based on psychiatric diagnoses.

It’s been taken up much more widely than we ever anticipated, both within and outside services. It’s very far from the dominant model, of course, but there are six translations in progress. In Central and Northwest London Trust, a very committed group of clinicians has introduced trauma informed practice supported by the PTMF on two pilot inpatient wards. That was so successful, they’ve now rolled it out across their 14 inpatient wards.

There’s been a dramatic reduction in levels of seclusion and restraint on those wards, and very significant increases in staff morale. And it’s only early evaluations still, but there is good feedback from inpatients on the wards about how helpful the approach was.

A lot of people already have a gut feeling that ‘this approach doesn’t work and my distress must be something to do with the difficult things that have happened to me’. So for those people, the PTMF adds an extra degree of validation, and the realisation that. ‘Thank goodness, I’m not alone, I’m allowed to think this and other people are feeling the same’.

However, as Johnstone explains, some people don’t even get that:

But also there are many people who never even get offered that explanation at all, and who come across it with astonishment. And sometimes it’s quite upsetting and sometimes it takes a while to get your head around it. But it can also been enormously helpful, if people choose to think about their distress in that way.

The power of a new perspective

I came across the PTMF last year, at a time when I was particularly struggling. Previously, I’d only ever thought about the way I was feeling through the lens of the medical model: as ‘symptoms’ and ‘mental illness’. After some friends introduced me to the framework and we had lots of conversations, I realised I’d always viewed myself as ‘ ill’ and ‘disordered’. Over the past year I’ve learnt a lot about trauma responses. I’ve slowly come to realise that the way I’ve responded to my trauma over the years has been perfectly understandable. It’s been really helpful to look at it from a different point of view. To some extent, this stopped me blaming myself for how I was feeling. As Johnstone told me, my experiences are not uncommon:

Labels and diagnoses can be welcomed, but also found tremendously damaging. For some people, it feels like an explanation. It may give relief from guilt and access to certain services and benefits and that’s fine. But this sometimes comes with a very, very high price. So it’s a powerful way of redefining reality in a way that people aren’t usually given a choice about. They’re told ‘you have bipolar’ or ‘you have a personality disorder’ as though it is an unquestionable fact.

Trust in the medical system means that some people are actually harmed by diagnoses that don’t take into account the context of their trauma.

I spoke to Sophie Olson, founder of The Flying Child CIC, in part two of this series. The Flying Child project is a non-profit organisation which aims to bring “lived experience into the heart of professional settings” – its website says:

Real stories help to break down barriers and dispel myths that lead to victims of abuse being overlooked, and their normal reactions to trauma being misunderstood.

What struck me immediately was that every woman in the room had similar experiences to me. And that was really comforting to look at them and just know that they had experienced sexual violence without hearing them speak. And to know that they knew what that I had as well. I’ve never experienced that before.

It is clear that a sense of community and connection is really important to each individual starting to heal from their trauma.

‘The real me was trapped in trauma’

My secrets were hidden from the outside world, the abused version of me. The real me was like a Russian doll encased in layer after layer of carefully constructed other needs – acceptable versions of myself that are presented to the world. The real me was trapped in trauma.

When I went into peer support, it was like announcing my abuse without having to say anything at all. Like shedding all of these layers of me and just leaving them at the door and going in as the real me. Which was sort of liberating, but also very exposing. I felt really vulnerable and couldn’t make eye contact with other people. It felt really uneasy at first and I wanted to walk out. But I was also really curious because it was a sensation that I’ve just never had before.

As Olson explained, being able to connect with people at different stages of their trauma journey can be really helpful:

So I stayed and I was silent, and I listened to other people talk. I then went on to meet women at another peer support group who were further along in their journey than me. Seeing how they were living their life, despite what had happened to them, and despite the fact that they didn’t have any justice. It was just amazing.

It took a long time before I was able to live like that, and specialist therapy. But peer support was a really important step up to that. I don’t think I could have done that as successfully as I did without peer support.

All I needed was a cup of tea, a hug and someone to sit with me. It gave me a huge amount of hope. That kept me going.

As we have seen so far in the series, NHS approaches to mental health are focused on making individuals “well” enough to go to work, and nothing else. Whereas we should be considering the person as a whole – helping them to feel connected to the world in what can be a really isolating and terrifying time.

In the final part of the series I will consider the importance of a whole-body approach to healing.