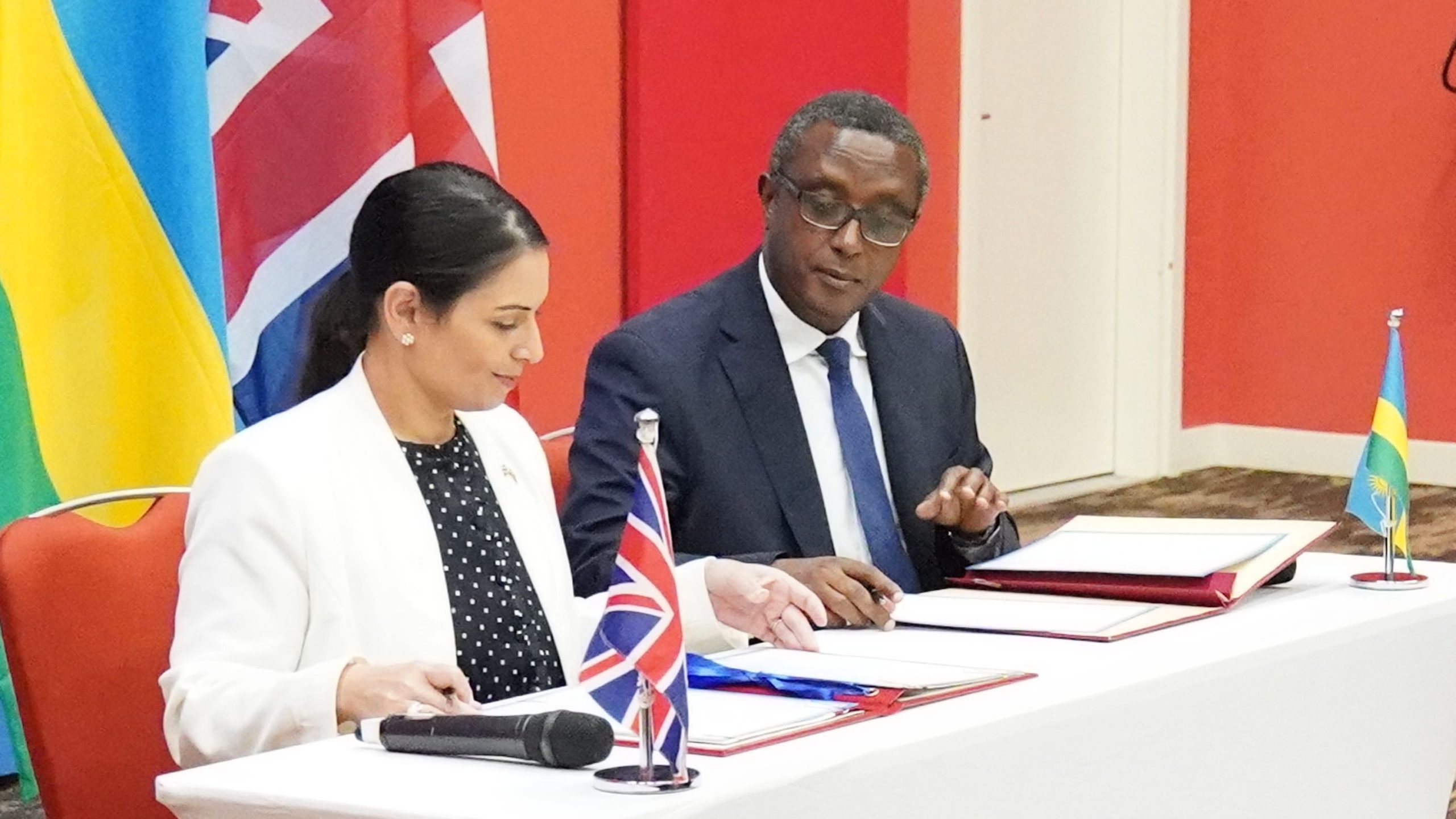 A union challenging the government’s controversial policy of deporting people to Rwanda said it hopes it can win an appeal to stop the first flight taking off this week.

A High Court ruling on 10 June paved the way for a flight to the east African country to go ahead on 14 June. But an appeal against that decision is due to be heard on 13 June. The immigration policy has come in for criticism from various groups. And there are reports that the Prince of Wales privately described the move to send asylum seekers to Rwanda as “appalling”.

The boss of the Public and Commercial Services union (PCS) said the “legality of these proposals” must be tested. But he added that there’s also a need to debate “the morality and lack of humanity that the Government is demonstrating” with its approach. The PCS represents more than 80% of Border Force staff.

Up to 130 people have been notified they could be removed. And on 10 June, the court in London heard that 31 people were due on the first flight. The Home Office is also planning to schedule more flights this year. Alongside the PCS, lawyers brought the first claim against the policy on behalf of asylum seekers. Groups including Care4Calais and Detention Action are also challenging the policy on behalf of everyone affected.

On 10 June, justice Jonathan Swift ruled against granting a temporary block to the policy until a full hearing next month. But he granted the claimants permission to appeal against his decision, suggesting Court of Appeal judges would hear the case on 13 June.

We hope we win tomorrow in the Court of Appeal to stop the flight (on Tuesday). But, of course, the legality of these proposals will only be tested out at the full court hearing in July.

We’re absolutely confident that in July, in line with what the UNHCR (UN Refugee Agency) said very graphically in court, we believe these proposals will be found to be unlawful.

He said home secretary Priti Patel would not ask civil servants to carry out the policy before its legality had been tested in court if she “had any respect, not just for the desperate people who come to this country, but for the workers she employs”.

Meanwhile Northern Ireland secretary Brandon Lewis defended the government’s policy. He said it aims to “break” the “business model” of people smugglers. Asked if he was personally comfortable with the policy, he told the same programme: “Yes, I am, actually”.

The policy has drawn criticism from people including Labour MP Richard Burgon:

And as Tony Benn said: “The way a government treats refugees is very instructive because it shows you how they would treat the rest of us if they thought they could get away with it.”

Many Conservative politicians and other commentators are expressing their joy about the Rwanda plan decision. Let’s be clear what they are joyful about: a trade in human beings. One that transports people abroad without their consent, essentially making the UK the trafficker.

And members of the clergy have also voiced their concern:

I challenged a politician today, in private, and said that the policy of deporting people to Rwanda is wrong.

I was expressly told that priests should not make political statements.

If the church doesn’t challenge injustice then it facilitates it.