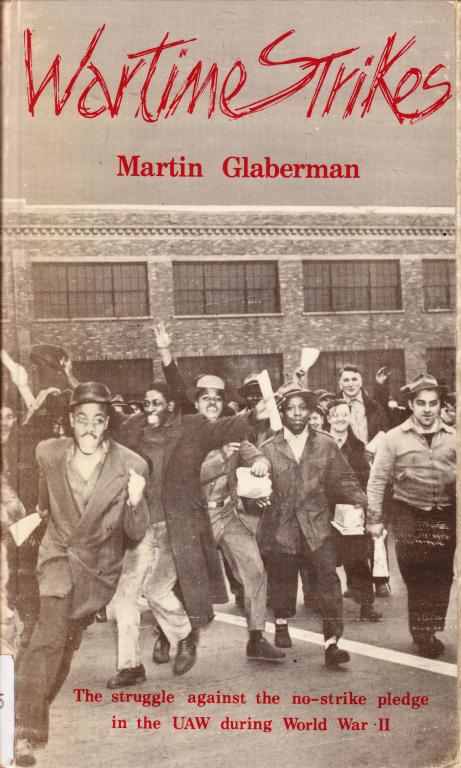 Note the number of Klan type wildcats against African-American workers.

The UAW seems to have had the most consistant numbers of wildcats during the war. It certainly one of the more well organized rank-and-file oppositions to the “no strike pledge.” The Trotsskyist Schamanites of the Workers Party (Glaberman’s party at the time) and the Trotskyist Cannonites of the Socialist Workers Party were in the forefront of the movement. According to SWP writer (and SWP historian of the CIO) Art Preis: “The opposition to the no-strike pledge, led by the Rank and File Caucus, in which the Trotskyists played a big role, piled up 36% of the votes.”

Good book, which I read when it first was published. Good to see it on-line for another generation of worker militants/organizers to read.