We’ve won a battle, but the war on the government’s toxic ideas is just beginning 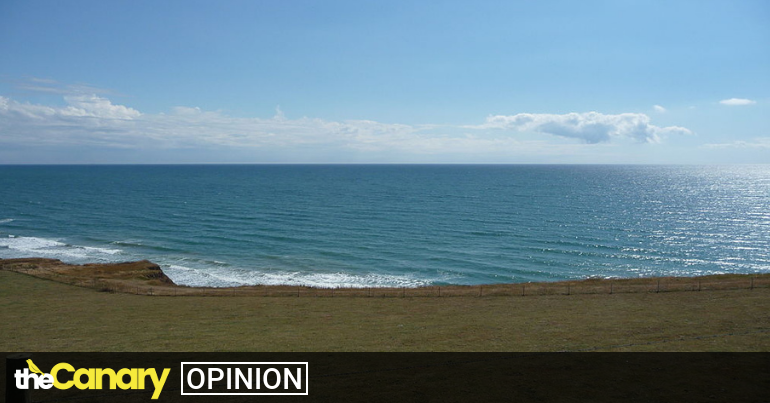 On Monday 24 April, the government announced that it was abandoning its plans to push back migrant boats in the Channel, just days before a legal challenge was set to begin.

This is a profound shift from last September, when volunteers from Channel Rescue witnessed Border Force agents practising using jet skis “pushing back” people in small boats seeking safety in the Channel. The Home Office ordered such exercises in the full knowledge of their lethality. ‘In the Mediterranean Sea’, a report released by the Border Violence Monitoring Network, showed that over 2000 refugees deaths were linked to pushbacks in one year alone. “Pushback” is simply a euphemism for state-sanctioned punishment drowning.

Such tactics are as unlawful as they are dangerous. That’s why four organisations from a range of backgrounds – the Public and Commercial Services Union representing border staff themselves, refugee solidarity organisation Care4Calais, monitoring group Channel Rescue, and human rights group Freedom from Torture – brought a legal challenge. Among other things, we argued that the policy directed officers to breach asylum seekers’ rights to life, and their right not to be subject to inhuman or degrading treatment. We argued that this was a breach of international maritime law, which compels seafarers to help – not harm – people struggling at sea. The Home Office backed down in order to stay out of court – a sign of just how flimsy their case was.

This victory is not only important in terms of the lives it will directly save. Pushbacks are the thin end of a wedge with consequences not only for migrants, but for our rights and freedoms as a whole. In the Mediterranean, we have already witnessed governments attempting to criminalise seafarers carrying out their duty to rescue people in distress. In May, a crew of human rights defenders will go on trial under sham charges of “aiding illegal migration” for saving people from drowning, and could face over a decade behind bars.

From demanding that teachers and doctors help with the policing of borders, to introducing mass surveillance under the guise of security, to pouring billions in public money into private prison profiteers, there are far wider consequences of this government’s war on migrants. From the rescue boats of the Royal National Lifeboat Institution to the Archbishop of Canterbury, we have seen chilling attempts from the media and politicians to bully and silence people who have dared to stand up for refugee lives.

Our victory comes as the Nationality and Borders Bill reaches its final stages in parliament, and as the government announces its disastrous plan to force people seeking asylum onto deportation flights to Rwanda. Former refugee Elahe Zivardar, detained on Manus Island in Australia, has written this week about her own experience of violence and abuse in a scheme she says is “near-identical” to the Rwanda plan:

Instead of being processing centres, these island prisons are a place of torture, humiliation, cruelty and racism. They are intended to drive innocent people to either go back to the countries from which they came, or die on the island – which some have.

In the Australian case, the International Criminal Court declared the policy unlawful. There may soon be more fights on our hands.

We should not have had to take the government to court to defend the sanctity of life. However, the retreat from the government was not just about the legal weakness of the pushbacks case. It’s one thing to attempt to win votes with cheap rhetoric about border control. Yet when ordinary people see the human consequences of border violence up close; when legal challenges and public campaigns force the media to report on the realities of the situation facing migrants and refugees; human decency triumphs. That’s why the anti-migrant wing of politics and public life go to such lengths – from criminalising humanitarians to smearing refugees – to distract from and dissuade our natural instinct to help people who need it.

The rapid response in Europe to the plight of Ukrainian refugees shows that we are capable of organising relief at a large scale and short notice, and letting compassion lead our approach. Few people want to live in a world where we drown people seeking safety at sea, lock them in detention centres indefinitely, or ship them halfway across the planet. However, if we’re serious about building a different and better future and fighting for safe pathways, an ethical moral migration policy is a shared responsibility. It won’t happen in the courts alone – what happens next is up to us all.

Featured image via Wikimedia Commons/Arriva436 – cropped to 770×403 via Creative Commons 3.0